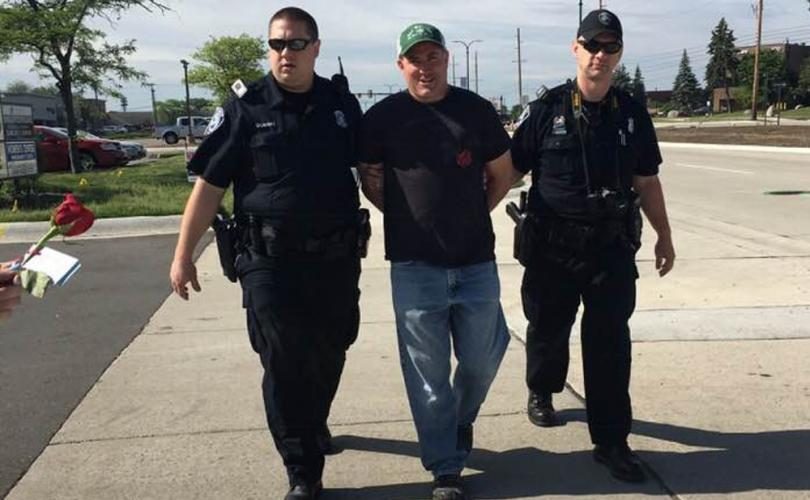 A group of pro-life activists in Michigan who entered a West Bloomfield Township abortion facility last year in what is known as a “Red Rose Rescue” have been given a sentence in the trespass case which some are calling extremely harsh. The activists have been ordered not to come within 500 feet of any abortion facility in the entire nation, and to not have contact with one another for a period of one year — something their attorney claims was only handed down because this case centers around abortion. He says this infringes on their free speech rights.

The activists’ crime, according to the Oakland Press, was that they entered the abortion facility “where they offered roses, prayed, sang and urged patients in the waiting room not to terminate their pregnancies. They were led out by police, arrested and charged after refusing to leave the clinic when asked to.” 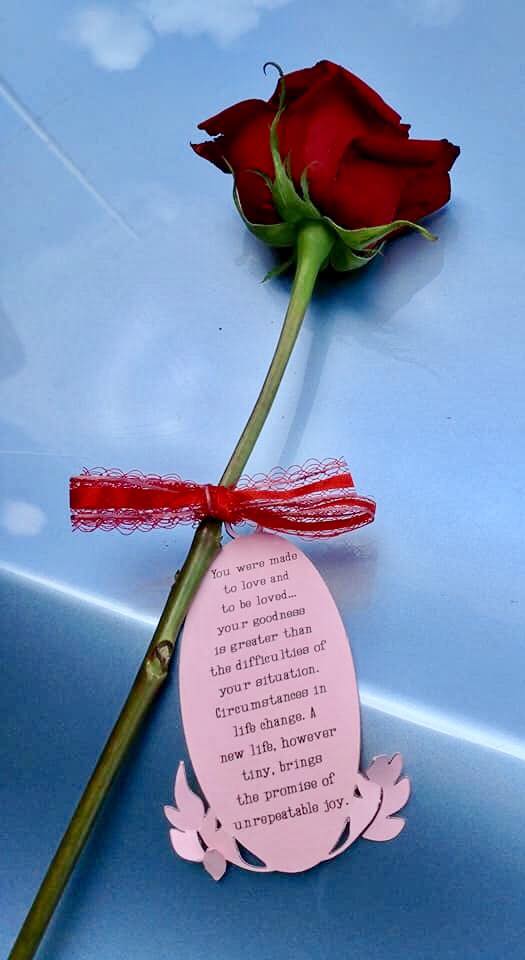 Constitutional attorney Robert J. Muise from the American Freedom Law Center, who is representing activists Monica Migliorino Miller, Will Goodman, Patrice Woodworth, Matthew Connolly, and Robert “Doc” Kovaly (all of whom were found guilty in court of a simple trespass) spoke to Live Action News a few months ago about the draconian order of probation handed down on March 14, 2018, by 48th Judicial District Court Judge Marc Barron. 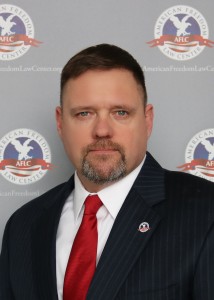 Muise told Live Action News that although the order included the typical requirements of drug screenings and restitution, he found the additional probationary conditions troubling, which he said were “Not to harass, intimidate, or picket any facility that performs abortions. Not to appear within 500 feet of medical facility where abortions are being performed. And not have any contact with any of the other pro-lifers who were sentenced that day for one year.”

Muise told Live Action News that he had never heard of this kind of a sentence for a simple trespass in all his years of practice. “Bear in mind this is a simple trespass — not a drug cartel — not co-conspirators in violence. No violence, property damage or violence occurred here,” the pro-life attorney emphasized.

“Not only just a 500 foot restriction on this center but every center in America from one district court judge?” he stated.

A screen image from a public copy of the Register of Actions on one of the activists was provided to Live Action News by the court’s probation department, and includes the order below: 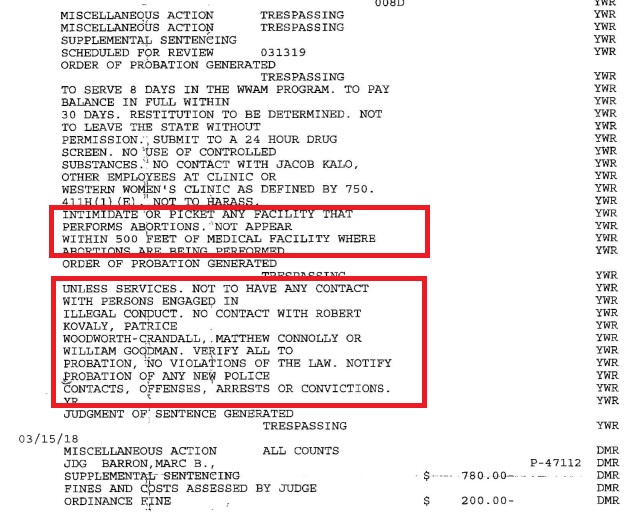 Muise also told Live Action News that the condition of no contact was “particularly troubling to me.”

“The judge based the no contact provision on the statute dealing with stalking,” Muise said, adding that he was still researching the entire order. He said that in addition to one another, the activists also “cannot have contact with somebody else who has a criminal record.” This could potentially mean that the five activists may have to avoid any contact with other pro-lifers or family members who have participated in pro-life rescues in the past. 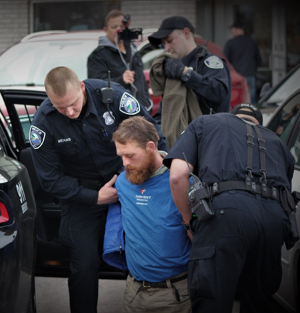 Muise explained to Live Action News that this no contact order would prohibit him from representing his clients properly and said he pointed out to the judge the reasons why. “We’re going to have to have conference calls and meetings for the appeals,” he said. “I can’t talk to them collectively as my clients.”

But Muise said the judge did not relent, and Muise believes it is because of the nature of the facility. “If this was a trespass in any other type of property — if it wasn’t an abortion center — you would not see these type of restrictions,” he said. “These are not felony offenses. There was no property damage and no violence.”

At the time, Live Action News asked Muise if he thought this sentence would negatively impact other sidewalk counselors. He replied:

These probationary terms apply just to them. Is it possible these abortion centers will run to court to get a civil injunction that moves past these terms? I wouldn’t put it past them.

I would not be surprised if the pro-aborts are getting their lawyers together to get some broad national injunction. In fact, I’d be surprised it they didn’t.

Muise, according to a report published by LifeSite News, filed an “emergency motion” in March with the Oakland County circuit court asking for a stay of the sentence, pending appeal of their convictions.

“We believe these conditions, particularly in light of the fact that this is a simple ordinance violation (trespass), are unlawful under the First Amendment (freedom of speech, free exercise of religion, and expressive association), ” Muise told Live Action News in March. 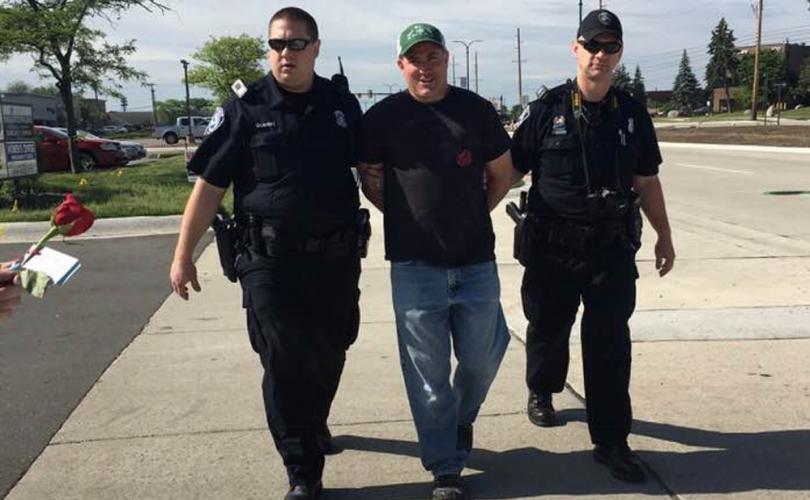 But, with no action by the court, two of the activists decided to challenge the order by showing up outside a Michigan abortion facility in June of 2018 where they were immediately arrested.

They are currently in jail for violating the order.

It’s almost laughable, but come on, rule on this thing. It’s an emergency motion for a reason. People are going to jail.

Muise told Live Action News that the day after the judge sentenced the two pro-life activists to 45 days in jail, his emergency motion was denied. But, Muise said, “we are still appealing the sentences.”

“This fight is far from over. This is just the first part,” Muise vowed months ago, “We are preparing our appeal and our motion to stay the sentences. There is work to be done. But it’s good work, it’s just good work,” he said.