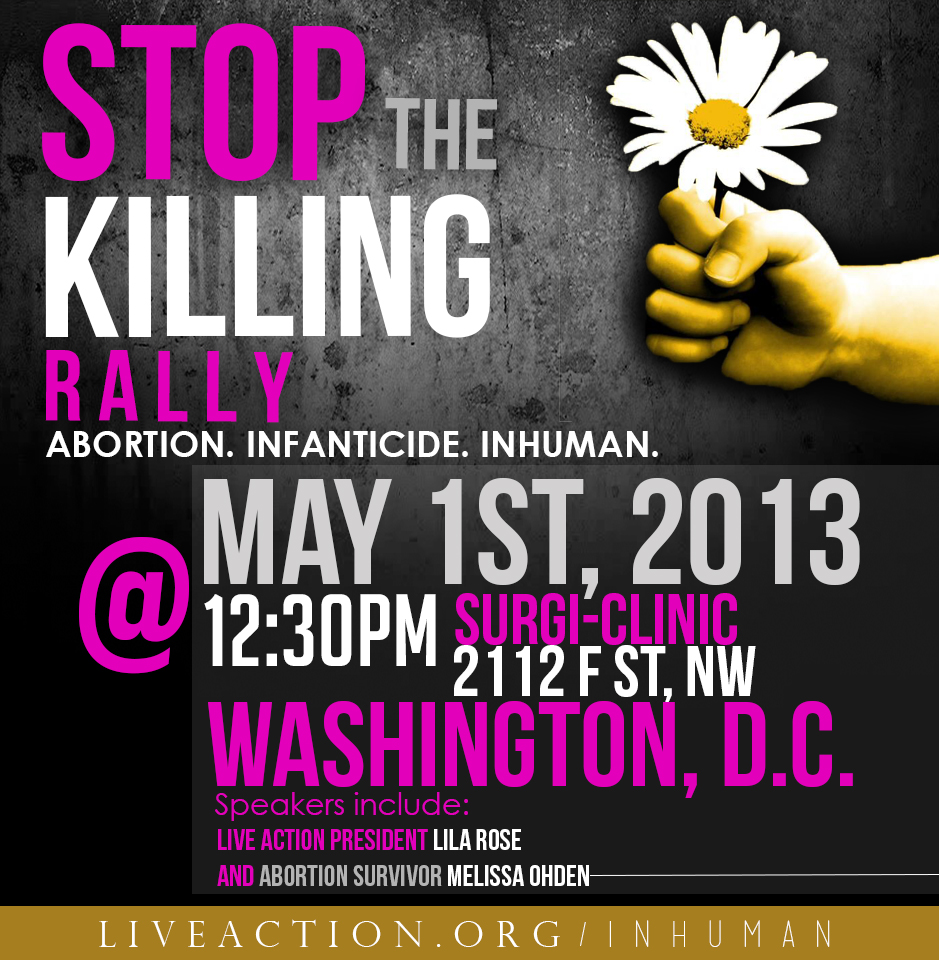 Live Action will be holding a “Stop the Killing” rally on Wednesday, May 1st. The rally will be held in front of Washington’s Surgi-Clinic on F Street in Washington, D.C., and will discuss the latest news in our latest undercover investigation, Inhuman. Speakers will include Live Action president Lila Rose, abortion survivor Melissa Ohden, Susan B. Anthony List president and Chairman of the Board Marjorie Dannenfelser, Jill Stanek, Operation Rescue’s Troy Newman, and more.

Video from Inhuman’s first investigation was released over the weekend, and showed clinic workers at Dr. Emily’s Women’s Center in the Bronx, New York encouraging Live Action’s 23 week pregnant investigator to flush the baby or “put it in a bag or something” if the baby was born before the abortion could be completed. 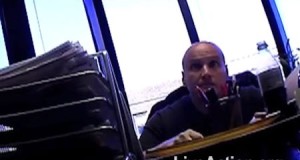 Wednesday’s rally will focus on the second video released in the series, which focuses on Dr. Cesare Santangelo of Washington’s Surgi-Clinic. Dr. Santangelo was sued in 2010 after killing a young mother during a botched dilation and extraction abortion procedure. Live Action’s investigator found Dr. Santangelo also guilty of violating the Born Alive Infants Protection Act, which mandates that infants born alive after an abortion are persons protected under the law. Our 25-weeks pregnant investigator went to Washington’s Sergi-Clinic for an abortion consultation, telling the clinic that she thought she was 22 weeks pregnant. After an ultrasound, she was informed that she was 25 weeks pregnant. A baby born at 25 weeks has an 86% chance of survival — but Dr. Santangelo assured our investigator that if the baby was born alive after the abortion, that they would not try to save the baby and would allow it to die. Most disturbingly, he told our investigator that it has happened before at his clinic.

The Inhuman investigation clearly shows that Dr. Kermit Gosnell is far from an aberration in the abortion industry. Killing babies who survive an abortion is business as usual in this bloodthirsty field.

Live Action is calling for the prosecution of Dr. Cesare Santangelo, who has now been caught on tape agreeing to deny medical care to an infant who survives an abortion. Attorney General Irvin Nathan should immediately open a criminal investigation into Dr. Santangelo and the Washington Surgi-Clinic. Join us at the Surgi-Clinic on 2112 F Street NW in Washington, D.C. at 12:30pm on Wednesday, May 1st. Protect women. Prosecute Santangelo. Join Live Action’s Stop the Killing Rally and show your support!