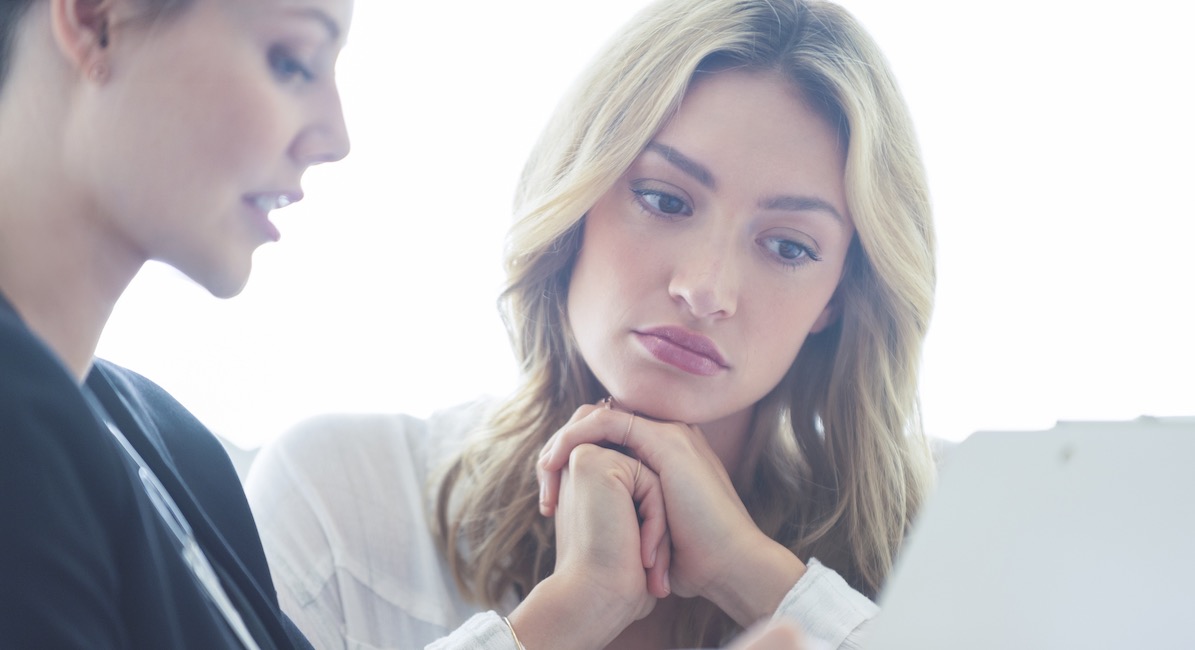 In the article “Conscious Abortion: Engaging the Fetus in a Compassionate Dialogue” in the Journal of Prenatal and Perinatal Psychology and Health, psychologist Claudette Nantel encourages women to communicate with their baby before an abortion, tell them how much they love them, say goodbye, and even get their child’s permission for the abortion.

Nantel admits the baby’s humanity, defining “fetus” as “an unborn baby in its mother’s womb, at any time from conception to birth.”1

“Conscious abortion” hinges on the belief that the baby in the womb can “hear” and understand the woman’s thoughts and even telepathically communicate back. Family doctor G McGarey suggested2 that someone having an abortion should have “a heart-to-heart conversation with her baby in the womb, explaining how this is not a good time for her to raise a child, reassuring them that they are deeply loved.”3

According to McGarey, it’s important for women to make sure their babies know they love them… before they have them dismembered or poisoned. McGarey has guided women through the process and says many of her colleagues use it.

Several other counselors tell women with unwanted pregnancies to ask their baby to leave the womb. PH Fairfield instructs the following: “With deep love and concern, ask [the baby] to leave. Let yourself feel the divine love and connection with them, then tell them that it is not time for them to come in, or that you would like them to come back at a later time.”4 It is hoped, then, the baby will choose to leave, and the woman will miscarry. If not, then they believe abortion is needed to complete the process.

Another practitioner, M Axness, says women having abortions should communicate with the baby “through prayer, imagination, art, letter, dance, song – a level of communication with the newly arrived being in their wombs through which they explain to the baby that it isn’t the right time for him or her to come and that it is necessary to separate.”5

Ask for consent and wait for “a response of agreement”

HH Watkins has women with unwanted pregnancies ask the baby to consent to the abortion. The child, according to Watkins and Nantel, will then telepathically communicate to the mother that they agree to be aborted. Watkins instructs women to:

She says this leads the women to have “a deeper sense of self, more respect for life, and positive feelings about a better-timed future pregnancy through the process of dialogue with their baby.”7 Presumably, all these blessings will come after the abortion.

Nearly every time Watkins did this exercise, the mother allegedly “heard” the baby agree to be aborted. Obviously, this was what they wanted to “hear.” Under Watkins’ influence, the women convinced themselves their babies accepted being aborted. All of the babies “consented” to their violent deaths – except one.

One woman “heard” the child say no.

After getting this “answer,” the woman responded, “You don’t mean that?”

Watkins recalls what happened next:

[She] continued the process of weeping and talking to the fetus at home until there was only silence in response. She concluded the fetus accepted her intended surgical intervention. She began the abortion visualization, but no miscarriage occurred.

The surgical intervention was accomplished without complication, healing was rapid, and the client felt little or no remorse. She knew at all levels she had made the appropriate decision for herself.8

So apparently the baby, by his or her silence, consented to be aborted after all.

One woman had three abortions. Of the first child, she said, “I was young and much more centered on myself and my life circumstances than on the baby. I was not really in contact with this baby.”9

But with the other two, “I was able to go inside myself and have an intimate relationship with these two babies.”10

She thinks her children existed for the purpose of telling her to leave the man she was with, and says:

I never felt I was doing them harm. Just before the abortion for each of them, I asked the lady who showed me the ultrasound screen to give me five minutes alone with the baby, before the intervention.

I spoke to each of them in a fluid, soft manner, more like saying, ‘Thank you, see you later…’ The ultrasound screen conversations were way of recognizing the relationship, expressing my gratitude…

It was so clear for me that these two children had not come to me saying, ‘Let me be born.’11

In this woman’s mind, her babies existed solely for her – to give her a life lesson. She says, “These babies helped me, and I acted on what they helped me with. I honored them. And they had a tremendous healing effect on the guilt and angst which I carried a long time during and after my first abortion.”12

After they gave her that lesson, they could be discarded. To avoid guilt, she convinced herself that her children were content to be discarded. After all, they had served their purpose.

According to her, her aborted babies were “beings who were my equals, partners in learning.”13

The possibility that these “equals” could have a right to life of their own never occurred to her.

Note also the euphemism being used in these cases — “intervention” rather than abortion.

The phenomenon of “conscious abortion” is about twisting reality to make abortion acceptable, even while admitting it’s killing babies. If doctors, counselors, and women having abortions believe the baby has no objections, they don’t have to feel guilty.

The article isn’t clear on how widespread the practice of “conscious abortion” is, but quotes multiple practitioners of it, some of whom reveal that their colleagues are doing it as well. The article even quotes a French woman who works in an abortion facility and does this exercise with women before their abortions.