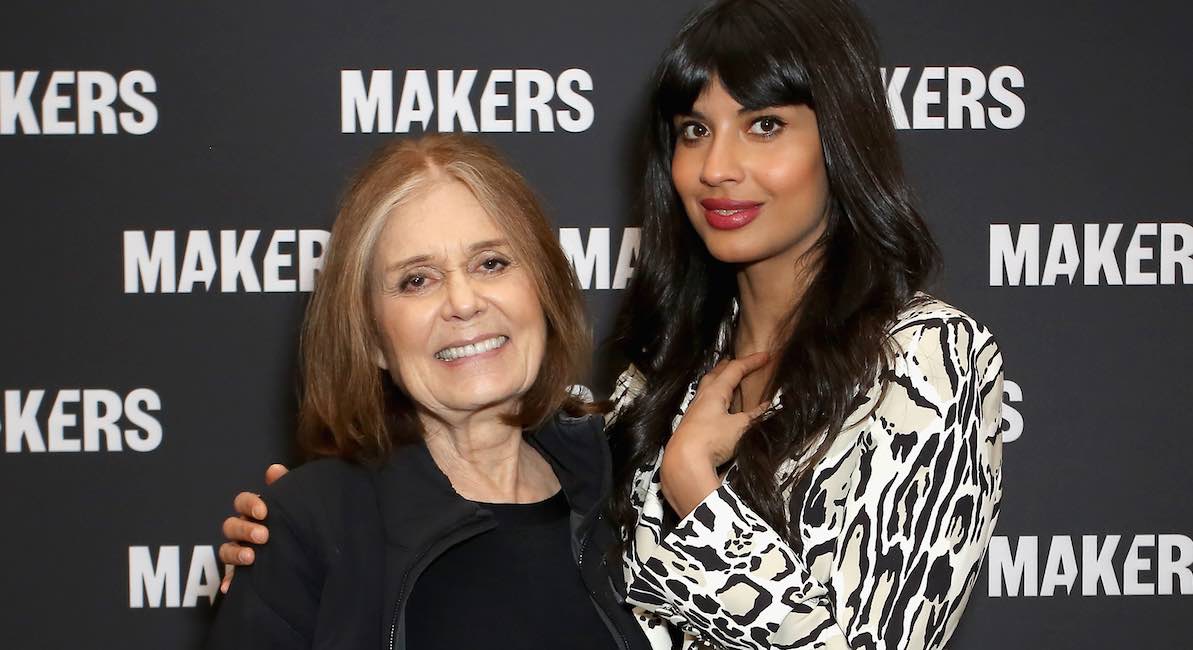 Actress Jameela Jamil and pro-abortion activist Gloria Steinem spoke with Harper’s Bazaar recently, and their inflammatory sentiments are making waves with pro-lifers on the internet.

Jamil was quite upfront with her opinions about abortion and stated forthrightly that she does not believe in the worth of preborn children.

“I, similarly to you, feel very passionately about a woman’s right to choose,” she said. “I’m someone who’s had an abortion, and I feel like I need to make sure that we prove it’s not always just emergencies. People have abortions, sometimes a woman just wants her liberty, and we have to normalize that it’s okay just to make that choice for yourself, because your life is as important as a newborn life that doesn’t even exist yet.”

If that life in the womb “[didn’t] even exist yet,” then there would be no abortion. But I digress….

Earlier this year, The Good Place actress claimed it was better for babies to be aborted than “ruined” in foster care.

The backlash to Jamil’s comments was swift — and drew a sharp and dark response from Jamil on Twitter.

“To the people trolling me and @GloriaSteinem because we said there is no democracy without a woman’s right to choose…. I SAID WHAT I [F***ING] SAID and you’re clueless if you think I’m going to take it back. My life *is* more important to me than an unborn fetus’ one. Suck on that.”

And later, she claimed, “You people are Pro birth. Not pro life. There are plenty of starving, homeless babies currently. Over 100k currently seeking foster care. You care about fetuses, Once they’re out the womb, you don’t give a [f***]. Help the kids who are alive first, then call yourself ‘pro-life.’” Again… just because preborn children are in the womb doesn’t mean they aren’t alive. According to basic biology, they are alive and human from the moment of fertilization.

Pro-life activist Ryan Bomberger captured the indignation of many in his reply to Jamil’s tweet:  “It’s easy to celebrate abortion. It requires ZERO investment. Your fake feminism sees the poor, hungry or ‘unplanned’ as better off dead. I was a foster child. 9 of my other siblings were too. We were all adopted & loved by those you call ‘you people.'”

I call BS (bogus stuff). It's easy to celebrate abortion. It requires ZERO investment. Your fake feminism sees the poor, hungry or "unplanned" as better off dead. I was a foster child. 9 of my other siblings were too. We were all adopted & loved by those you call "you people". pic.twitter.com/rYR1kiBkRN

In the interview Steinem agreed with Jamil, and then went on to connect pro-lifers to fascists, stating that “the first step in every authoritarian regime is controlling reproduction, and that means controlling us. Unless we—men and women—have power over our own bodies and voices, there is no such thing as democracy… every authoritarian regime that I have ever read about, including Hitler’s rise to power, every regime starts with controlling reproduction and that means controlling women’s bodies.”

There are 1000s of pro-life resource centers designed to help mamas before & AFTER giving birth. The pro-life movement is full of families adopting & fostering. I know hundreds. Do not judge people you do not know. Stop using a foster child’s pain to justify the killing of babies https://t.co/6gkDGmN6y1

Steinem is known for such hyperbolic and historically backwards sentiments. In a book tour earlier this year, she made the connection between pro-lifers and Hitler even more explicit, claiming that Hitler was “elected” because “he padlocked the family planning clinics.” She has also previously stated that democracy for women is based upon the ability to abort preborn babies.

She also managed to blame climate change on pro-lifers, since, according to her, “part of the reason for the environmental crisis is forcing women to have children they wouldn’t otherwise choose to have.”

For Steinem and Jamil, abortion extremism leaves no room for disagreement. Life and democracy itself, for them, require the slaughter of human beings in the womb.