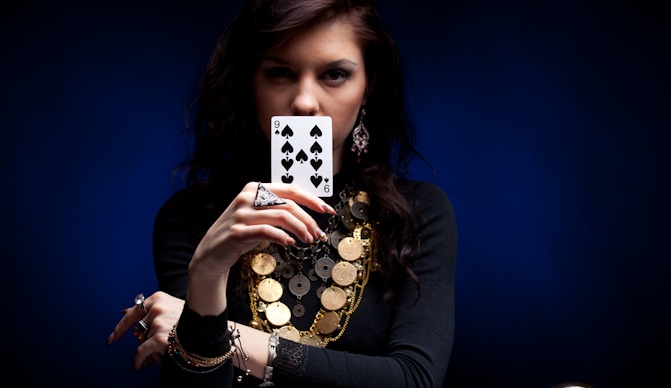 When I was a freshman in college at Fordham University, I went a few Saturdays during the school year to be a prayerful witness outside Dr. Emily’s Women’s Center in the Bronx. This is the same abortion clinic which has been featured in Live Action’s Inhuman investigation.

There was often a presence of abortion supporters who would try to drown out those of us who were praying the rosary or trying to inform women of free alternatives. One common chant of theirs was “not the church, not the state, women must decide their fate.”

Now we don’t live in a theocracy, but church lay persons and leaders are allowed to express their views on abortion and lobby the government just as others are. It is also woefully ignorant to assume that just churchgoers are the ones against abortion. And sadly, not all churches are.

And while many of are the opinion that State should not be involved in every aspect of an individual’s life, the government does have a duty to protect all members of society, especially the most weak and vulnerable. Sadly, because of a 7-2 decision from our nation’s highest court, the State has been unable to truly fulfill such a duty.

What about a woman and her “fate” though? Women, just like men, have the right to decide their fate with many decisions. One that should not be included is to seek out a service which causes the death of another person. A woman may be legally allowed to cause the death of her child while he is still in her womb, but would be held responsible if she caused his death after he had already been born.

This sentiment isn’t just heard in the catchphrase from a handful of people in an attempt to drown out people peacefully sidewalk counseling or quietly praying. The same idea is heard from those who may not like abortion, but nevertheless support such a choice since it should be up to the woman, because a woman knows her situation best.

Again, this is true and makes sense for many situations, just not ones which involves the woman getting to end the life of another, of her own offspring which is growing and developing inside of her. Being pregnant is a remarkable thing, and can be both a great joy and rather difficult at times. Especially when it is unplanned, it may seem overwhelmingly as if it is the latter. Nevertheless, because she is pregnant does not mean that a woman suddenly has the right to be jury, judge and executioner.

While the unborn child does reside inside the woman’s body, this is how we all started out. And the pregnant woman almost always consented to the sexual act which resulted in her pregnancy in the first place. Regardless, a woman does have the right to decide if she will raise her child or adopt him or her out.

Politicians in support of abortion like to jump onto sentiment. Alison Lundergan Grimes is just one example of such a politician, but her statement of support sounds fairly typical, because it is:

…When it comes to choice, I believe, should a woman have to make that decision, it’s between herself, her doctor, and her God.”

A woman will often consult a doctor for her decisions, if they have to do with matters of her health. She may also consult her family. And she will have to answer to God, if she so believes that. But this should not, it cannot, apply to an act of murder.

The Facebook pages of such groups which promote abortion, such as Planned Parenthood Action and NARAL Pro-Choice America also echo these sentiments. NARAL even includes the above quote in endorsing Lundergan Grimes for the U.S. Senate. The point that is driven home is that the decision is up to women, not politicians. Though politicians who support abortion are certainly lauded.

The decision of Roe v. Wade was certainly influenced by the ideas of the sexual revolution. When Law Students for Life held an event at Harvard College in November 2012, one of the top 10 reasons against Roe v. Wade, as mentioned by Steve Aden of Alliance Defending Freedom, in fact the number two reason, is how it demeans women.  From my write-up of the event:

The Court actually stated that the decision was made based upon how people apparently have made their decisions and organized their lives based on abortion, particularly depending on abortion. Harry Blackmun, who authored the decision, also stated that “Roe embodied the hopes and visions of every woman in this country.”

It is truly ironic that those who seek to be speaking on behalf of empowering women, whether it be the courts, individuals or an organization, do so in a way that forces women to be just like men, by having them hide their life giving abilities.

One may wish to speak up for and support the rights of women, but that does not have to extend to speaking up for and supporting the horrific life-ending procedure that abortion is. And those who may wish to escape some of the blame, with claims that they don’t support abortion but rather such a choice, based on their support and trust of women, have no excuse. All the same, abortion, and the death of an innocent child, is what is supported.

One either stands up for an unborn child or he does not. He certainly can though, and he should, stand up for both the mother and her child.