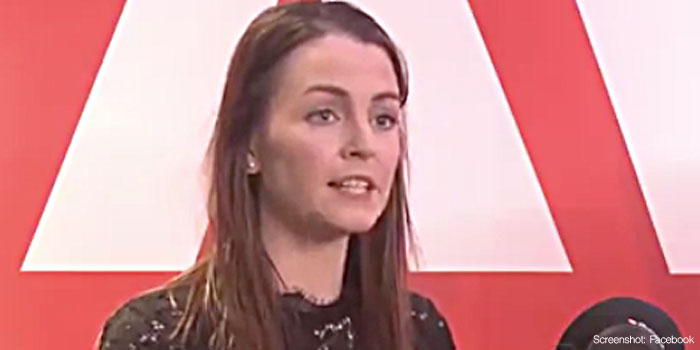 Today, Irish citizens cast their votes on a referendum to repeal the Eighth Amendment, which recognizes the equal right to life of a preborn baby to his or her mother. Under the Eighth Amendment, Ireland has become one of the most pro-life countries in the world, and killing the preborn via abortion is illegal in almost all cases. In the days leading up to the historic vote, Irish citizens have given an impassioned defense of the preborn to convince voters to reject the referendum.

In a press conference this week, Abigail Malone, the press secretary for the pro-life group Save the 8th, stated that the referendum decision is “actually not very complicated at all.” She explained, “Either we will say as a country that it is okay to kill another human being, often brutally, or else we will not.”

The pro-abortion side has characterized pro-lifers as out-of-touch and religiously motivated, but that is a gross mischaracterization. Technology has opened a window into the womb that motivates more young people to recognize the undeniable reality of preborn life. The internet has made available detailed information about the brutal reality of abortion, and many young people are rejecting abortion.

Throughout the referendum campaign, the pro-abortion side has claimed that abortion is necessary to support women, implying that the pro-life side does not. High profile politicians including Taoiseach (Prime Minister) Leo Varadkar and Minister of Health Simon Harris have outspokenly supported the repeal movement and justified their support for abortion as “trusting women.”

READ: Abortion is a sign that our society has failed women

Malone took these men to task saying, “Simon Harris said last night that he wanted to help women. Well, then, let us take a look at his record of helping women.” She outlined the ways in which Harris has supported abortion before offering real help to women, including his failure to ensure funding to rape crisis centers, women’s housing, and hospitalized children. Malone states, “These politicians do not support women, they are not supporting women, and this proposal indicates that they never have.”

Harris is so confident that the referendum will pass that he has already proposed a bill that would potentially legalize this brutal, so-called “medical procedure” — shown below — up to six months.

Malone inquires, “What woman is made healthier? What illness is cured by taking the life of an innocent person or even an innocent potential person?” Ireland has a record of impeccable care for pregnant women and one of the lowest maternal mortality rates in the world. This is possible because abortion is never medically necessary to save the life of the mother.

Malone shows that the yes campaign and pro-abortion politicians are not concerned with the “hard cases” but have set out to legalize abortion on demand without restriction. She poignantly notes that “This country voted to remove the death penalty for the guilty and now we are being told that in order to support women we must reintroduce this for the innocent. Women deserve better; we deserve better.”

Malone’s organization, Save the 8th, has spoken out about the misuse of the stories of rape survivors to push a radical abortion agenda in Ireland. In fact, rape survivors were threatened by pro-abortion activists when they expressed their views. “Ms C,” a young woman who was raped at 13 and taken to England to undergo an abortion, has been used as a rallying cry by pro-abortion groups to advocate overturning the Eighth Amendment. Ms. C is in fact pro-life and opposed to the referendum. In a haunting video for Save the 8th, she expresses her pro-life views, saying, “I was punished for what a rapist did to me, my baby was punished for what a rapist did to me. The government don’t care about women like me, they are just using us to bring in abortion for any reason. I think everyone should Vote No.”