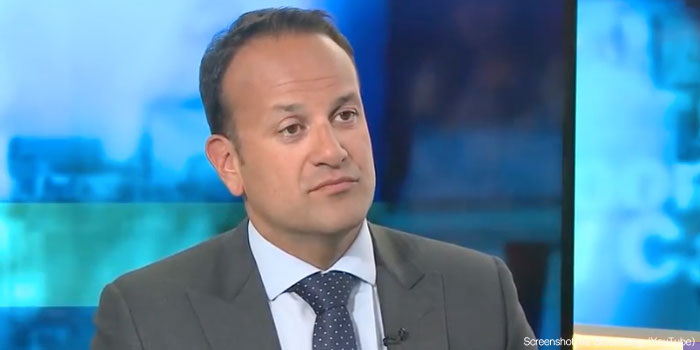 A May 25th vote legalized abortion in Ireland, overturning the Eighth Amendment that protected preborn human life equally to that of mothers since 1983. The country, up to this point, allowed abortion only if the mother’s life was at immediate risk, and has one of the lowest maternal mortality rates in the world. Despite being known historically as a strong Catholic country, Prime Minister Leo Varadkar (pictured) announced today that while individuals in health care may choose to opt out of aiding with abortions “based on their consciences or their religious convictions,” the hospitals as institutions would not be allowed to opt out.

According to the BBC, “The government is drafting legislation that will allow for any woman to request an abortion up to 12 weeks, subject to a cooling off period, and will allow abortion in extreme cases between 12 and 24 weeks.” Prime Minister Varadkar stated, that “publicly-funded hospitals, no matter who their patron or owner is [cannot] opt out of providing these necessary services which will be legal in this state once this legislation is passed by the Dáil and Seanad (senate). I’m happy to give you that assurance.”

Just in case there were any doubts as to whether Catholic hospitals would be included, Varadkar gave examples, stating they would “be expected to carry out any procedure that is legal in this state….”

But abortion isn’t just “any procedure.” Abortion is brutal for the preborn child, who, according to research, can feel pain by 8 weeks. And though early in term, it still carries risks for the mother. A first trimester abortion utilizes powerful suction which rips the child apart. A second trimester D&E abortion literally dismembers, body part by body part, a child from 13-24 weeks of pregnancy:

In 2016 in the United States, the American Civil Liberties Union sued to force a Catholic hospital system to commit abortions, and lost:

The ACLU claimed in their lawsuit… that Trinity Health Corporation, which operates 86 facilities in 21 states, had harmed women because of their adherence to the Ethical and Religious Directives for Catholic Health Care Services which “prohibit Catholic hospitals from terminating the pregnancy of a woman suffering a pregnancy complication, even if such care is urgently needed to protect a woman’s health or life.”

In that case’s dismissal, the court ruled that any “alleged harm” to women because a hospital wouldn’t commit abortions was only “speculative.”