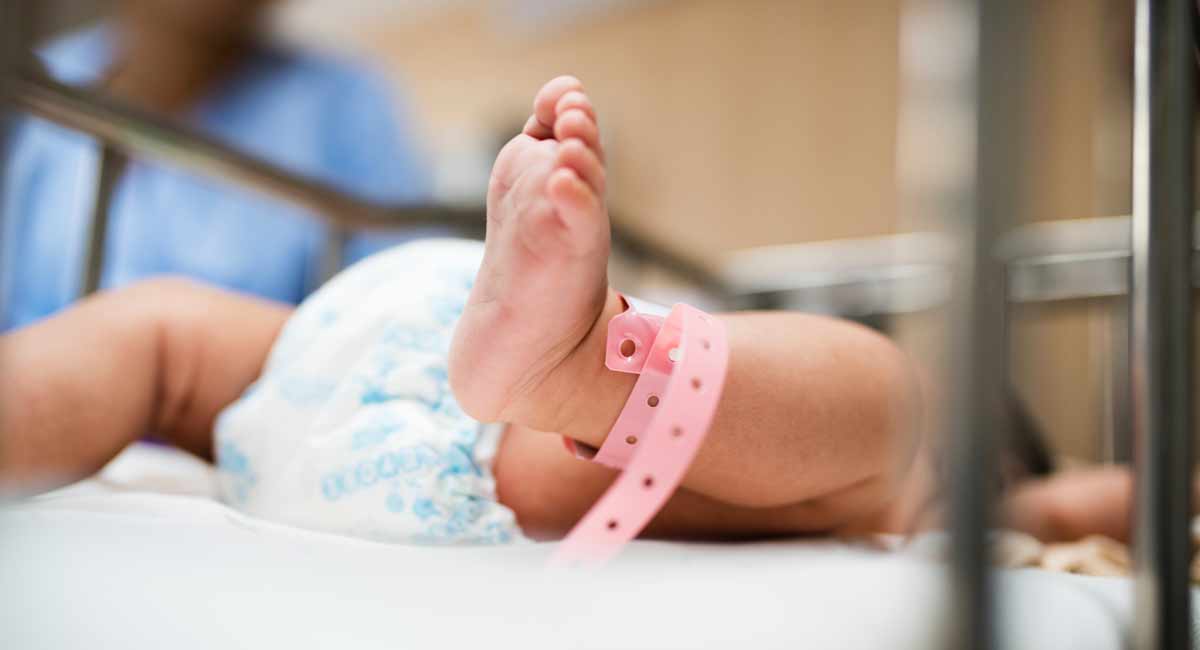 Naffi and Racheli Goldman tried for two years to conceive before they finally were able to get pregnant. The thrilled parents couldn’t wait to welcome their new bundle of joy into the world. They traveled from Manchester in the United Kingdom to Tel Aviv, Israel to visit friends and family, where they had a 3D ultrasound at seven months gestation. While all of the scans up until then had been normal, the excited parents were given difficult news: their baby girl had severe disabilities, and the doctor said they should have an abortion, painting a grim scenario of what their life was going to be like if they didn’t.

“It was like an earthquake, a bombshell. We were so excited for when she arrived before the doctor told us we should kill our baby,” Naffi said in an interview with Somerset Live. “We were told she wouldn’t make it through birth and if she did, would die in infancy. They said caring for her would make our lives unbearable. It was absolutely heartbreaking to hear and our world came crashing down. But God is a creator and he doesn’t make mistakes. We will look after the gift we have been given.”

Despite the grim news, Naffi said, “As soon as we walked out of the doctor’s office we said straight away that we will keep the baby no matter what. We felt as though it was God’s will. It’s what our purpose in life is. There was nothing at all to debate. We knew it would be hard but we had to accept our destiny. To us, aborting at seven months would have been murder. She wasn’t a fetus, she was a real life baby. We were not prepared to take a child’s life and we were defiant about not aborting.”

At seven months, the most likely abortion procedure the Goldmans would have undergone is an induction abortion, a multi-day procedure which starts with a fatal shot of digoxin directly to the heart of the baby. Days later, the mother will deliver the body of her dead baby.

After deciding they would fight for their daughter’s life, the couple moved to Israel to be with their family. And on January 3, their baby, who they named Batya, was born. And she was, indeed, severely disabled; Batya was born blind, deaf, with spina bifida, Pfeiffer Syndrome and Antley Bixler Syndrome, and needed a ventilator to breathe. She originally had to be taken to the ICU, and went into respiratory failure. And even her parents were a little surprised at her appearance. “She had an enlarged head and her eyes were bulging. I could see straight away that her spine wasn’t straight. She was frightening to look at,” Naffi admitted. “It was scary for us. We knew straight away that the future was going to be very, very hard for us.”

Now, the Goldmans have dedicated their entire lives to caring for Batya, quitting their jobs so they can support her 24/7. She is fed through a tube, requires regular medication, and still needs a ventilator, and for her airways to be cleared every few hours.

“We do it out of love for our daughter,” he said. “We give her intensive care at home so we can’t work. We do 12 hour shifts between us. The government provide us with some equipment but we have to pay for a lot of the medication. We have to clean her ventilation tubes and if we miss a suction then she could suffocate. We work to keep our daughter alive.” While many babies with Batya’s disabilities die in just a few short months, Batya is still surviving — and she is happy, with Naffi saying she “loves to be loved.”

“She is a pampered baby for sure. She loves to be kissed, she loves to be held,” he said. “She likes to know when people are around her. She can’t see or hear so we try to be around her all the time so she isn’t scared. Her body has adapted to not die. She has amazed us. This is the hand we have been dealt. She has found a way to survive and we absolutely love her.”

And yet despite the family’s love for each other, trolls have attacked the precious baby girl and her parents after Racheli posted pictures of her onto her Facebook page. “When we saw the comments on our photographs we were horrified. We didn’t think people like this existed,” Naffi said. “What people were saying was dreadful. People said they have never seen such an ugly child. They said our child is a creature. One person said what we are doing is abuse and someone told us she looks like some kind of monster. People said ‘why bring a creature into this world, you should have killed her.’ It broke our hearts.”

READ: With a 95 percent chance he would die at birth, Kaden’s parents refused abortion

Despite everything, though, the Goldmans love their daughter, and don’t regret their decision to fight for their daughter’s right to live. And while she is severely disabled, her life still has value and purpose. However, the remarks from internet trolls, and the insistence of their doctors that they should have an abortion, show that ableism is alive and well, and that too many people still view individuals with disabilities as unworthy of life. But Batya, and others like her, deserve to live — no matter what.