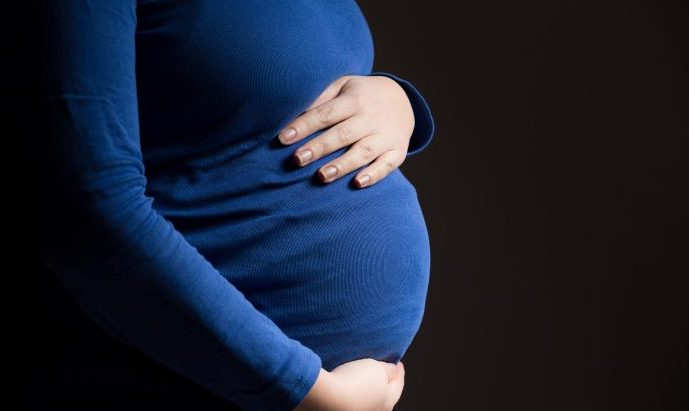 What happens when a baby is diagnosed prenatally with a birth defect? Too often, the parents are pressured to have an abortion. But for one mother in the United Kingdom, that was not an option. At 20 weeks pregnant, Yvonne Exell was told that her son, Ruben, had congenital cystic adenomatoid malformation (CCAM), and doctors offered her a late-term abortion. While the condition is rare, affecting just one in 10,000 pregnancies, it is the most common kind of fetal lung lesion. CCAM is a benign lung lesion that can vary in size.

“It was when I went to my 20-week scan that the doctors realised something was wrong,” Exell said. “I had to go to a consultant who examined me and explained to me what CCAM was. It’s abnormal tissue in the lungs which squashed his lung and heart right to the side near enough to his back. I was given the option to terminate the pregnancy as it was unlikely the baby would survive, but there was no doubt in my mind that I would carry on.”

The type of abortion typically committed at this late stage of pregnancy (up to 24 weeks) is typically a D&E, or dilation and evacuation, in which the child is dismembered while still alive, and is then removed from his mother’s womb piece by piece:

Once she decided that abortion was not an option for her, Exell was given steroids throughout her pregnancy and was closely monitored. But she still felt overwhelmed. “There was no support as no one knew what it was,” she said. “My GP and midwife had no idea and my consultant had only seen five CCAM pregnancies since 2005. I went down to a Harley Street Clinic a couple of times and met one lady there but that was it.” She was able to find a support group of other CCAM moms online, though, which was a big help.

And while doctors predicted that Ruben wouldn’t survive, he proved them all wrong. “He came out healthy and was breathing fine,” she said. But a few hours later, things took a turn for the worse. “I went for a shower, came back and he was blue. He was taken to NICU but they brought him back down two days later to be with me. They came down to give him his medicine, probably because when he was in NICU I wouldn’t leave.”

Today, Ruben is nine months old and thriving, although Exell said he will continue to need medical attention. “On one of his first check-ups they thought he had a collapsed lung but it wasn’t,” she said. “He will keep having check-ups until he is well enough for surgery where he will have the bottom lobe of his lung taken off. It will repair itself after that. He will be monitored as there’s no way we can tell how it may affect him in later life.”

For now, the Exell family is just happy to have their miracle baby home with them. “I still want to make people aware of CCAM and help them see that there is that support out there,” Ruben’s mother said.

While any birth defect can seem scary, the reality is that most babies diagnosed with CCAM have an excellent prognosis, and can be expected to live a long and normal life. So why do doctors push abortion and give parents worst-case outcomes when they’re at their most vulnerable?

Sadly, this is one example of a larger problem in the United Kingdom, where preborn babies with disabilities are routinely targeted for death. As Lord Peter Shinkwin, who has brittle bone disease (osteogenesis imperfecta), said, people with disabilities in the U.K. are “facing extinction.” Abortion is outlawed after 24 weeks, unless the baby has a disability or birth defect, no matter how minor — even something as correctable and small as a cleft lip. A parliamentary commission found that parents whose preborn children are diagnosed with a disability are put under immense pressure to have an abortion, and as such, the number of abortions due to disability have sharply risen. Between 2005 and 2015, the number of babies aborted due to disability increased by 68 percent.

All people deserve life, regardless of whether or not they have disabilities. And no one should be given a death sentence just because they’re different.