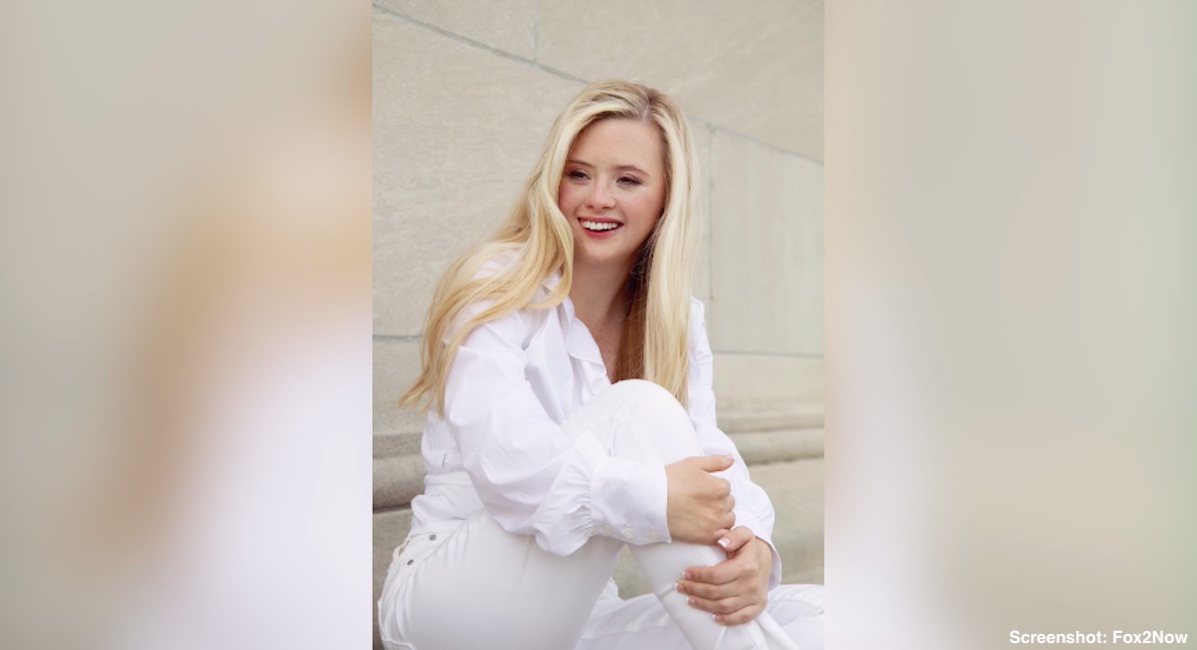 Back in May, Live Action News profiled Grace Strobel, a now 24-year-old model from Missouri. Grace is a talented model who is changing expectations of what’s possible for individuals living with Down Syndrome.

In a recent interview with her local Fox News affiliate, Grace’s mom Linda noted that Grace was recently announced as an ambassador for worldwide skincare brand Obagi’s newest SKINCLUSION line. Grace is the official “face” of their Obagi Clinical Kinectin + Exfoliating Cleansing Gel. According to Obagi, the goal of the SKINCLUSION initiative is “to elevate the global dialogue about diversity and how we can all make conscious choices to see the beauty in all of our differences.” Grace’s work with Obagi is specifically addressing the ‘invisibility’ that individuals with disabilities often feel in the skincare and fashion industries. But her story could have turned out very differently.

In an email to Live Action News, Linda wrote that “the joyful, promising life Grace lives is a far cry from the one experts told us to expect.” After Grace was prenatally diagnosed with Down syndrome, Linda recalled that “there was pressure and disgust everywhere that I would not abort this child.” Even in the delivery room after she was born, a moment that should have been marked by almost-inexpressible joy at the gift of a new life entering the world, everything was “hush-hush — stone-cold quiet, the atmosphere was dark.” Just one member of the staff even bothered to congratulate Linda and her husband Jeff. A little later in their hospital stay, a genetic counselor told the couple that Grace would never read or write, and told them there was “still time” to place her for adoption or institutionalize her.

Grace’s parents had other ideas. Linda shared that as of today, “Grace has been featured in 15 different magazine publications, with three cover stories. She has been interviewed on TV and radio, walked the runway for Runway Of Dreams New York Fashion Week and Atlantic City Fashion Week.” An anti-bullying presentation Grace and her mom created has been viewed by over 3,000 grade school students and is “raising awareness and shifting attitudes and perceptions about what is possible for someone with a disability.” The press release for the Obagi SKINCLUSION ambassador announcement quoted Grace, who said, “I am very proud that I have Down syndrome and that I could turn pain into purpose and help others to believe in themselves.”

Grace’s parents hope that mothers facing a difficult prenatal diagnosis or a new diagnosis after birth will see Grace’s story and “envision a different future for their children” than the low expectations and doom-and-gloom predictions they may initially receive. Linda commented:

As a mother, when I think of all the light, hope and change she is bringing to the world – I shudder to think that her life by society’s standards was deemed unworthy, unwanted, and a burden. Sometimes all someone needs is someone to believe in them, give them a hand up or change the methodology in teaching them how to get it. I’ve learned that you can teach anybody anything if you’re willing to love them through their disability and love them through their struggle.

Those words ring true for everyone, not just those with disabilities. Every person desires to be loved unconditionally and accompanied through their struggles. Through her modeling career, her inclusion education efforts, and her very life, Grace is spreading that message far and wide.