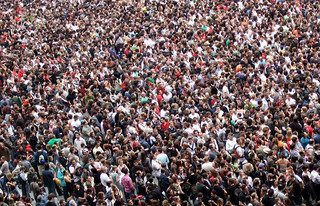 (Uyirkkural Blog) India celebrated World Population Day by setting up sterilization camps for men and women in poor districts of the country. In observing the World Population Day, the health department of Meerut [in] the city in Uttar Pradesh organized a fortnight-long drive of sterilization and distribution of contraceptive pills with the aim of reducing the fertility rate of the district.

Meerut is considered ‘a problem district’ since the fertility rate of Meerut is 3.1 as compared to the state figure which is 2.7 and the country’s figure which is 2.2. Dr.Raj Kumar Chowdry, Chief Medical Officer of Meerut, told Times of India, “Due to high fertility rate in Meerut, the district has been kept in the family development category, i.e., those undergoing population control measures will benefit more as compared to their counterparts in the other districts.” Camps were set up in various marketplaces and labor[er]s were promised Rs.4000 ($64) if they agreed to undergo sterilization.

The 2018 World Population Day celebrates the theme “Family Planning is a human right,” pointing to the proclamation of [the] United Nations International Conference on Human Rights in Tehran, which states, “The protection of the family and of the child remains the concern of the international community. Parents have a basic human right to determine freely and responsibly the number and the spacing of their children.”

“Family planning is not only a matter of human rights,” said Dr. Natalia Kanem, Executive Director, UNFPA, “it is also central to women’s empowerment[,] reducing poverty and achieving sustainable development.” However, in reality, women in poor families do not enjoy such rights. The death of Shiv Kumari along with 13 other women in 2014 in Chhattisgarh sterilization camp proves otherwise.

READ: Infanticide in India: Abortion devalues human life both before and after birth

The ICPD Program of Action adopted by UN agencies clearly states that “demographic goals, while legitimately the subject of government development strategies, should not be imposed on family planning providers in the form of targets or quotas for the recruitment of clients (ICPD 7.12).” Despite such proclamations, family planning programs in India still impose [an] ‘unofficial target’-based approach to fertility control. The rhetoric has changed from ‘target’ to ‘achievement,’ as one can see in the Health and Family Welfare Statistics in India 2017, but the scenario remains the same.

In observing the World Population Day for the past week, the mainstream media in the country has been clamoring over the issue of population control, calling it a ‘lost cause’. However, according to then reports [from the] National Family Health Survey- 4, more than 26 states out of [a] total [of] 29 states and 7 union territories are at [a] ‘sub replacement fertility’ level of 2.1 or below.

India will surpass China in population in a few years, but along with that follows the problems of demographic transition. With the rapid decline of [the] fertility rate and a growing number of senior citizens, the country is unprepared to support its aging population, which is expected to reach 300 million by 2050.

India performs an average of 15.6 million abortion per year (2015), almost four million sterilizations, and five million IUD insertions performed in 2017. The World Population Day celebration looks like a modern day reenactment of [the] ‘Ernakulum Experiment’ — not just in India, but including other poor and developing countries.

Editor’s Note: This article was edited for clarity, and was reprinted from Uyirkkural Blog with permission.