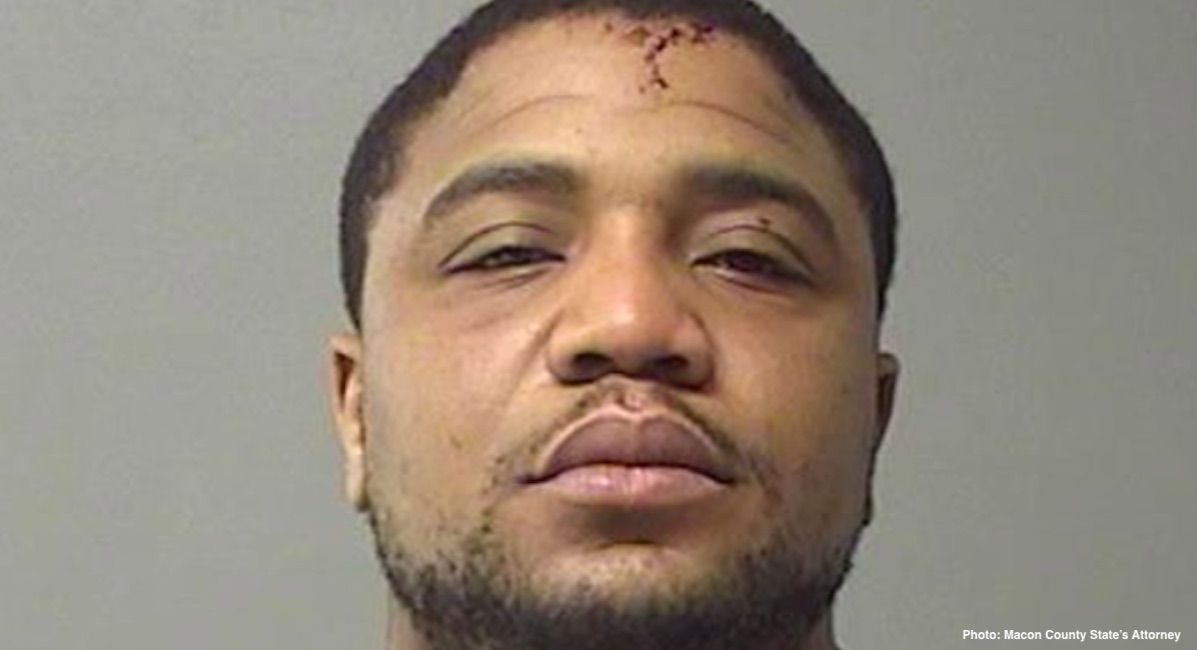 An Illinois man is facing charges for battering his former girlfriend, who is 29 weeks pregnant with his child. The victim told police that she and the suspect, Adrian E. Batts of Decatur, had dated for four years but had ended their relationship two weeks prior. The two also have a nine-month-old infant son together.

According to a report from ABC20, the victim said Batts came to her residence earlier in the evening on April 8 and asked her to let him in. He then returned later that night, kicking in the front door. “Batts allegedly kicked the door approximately five times before it opened. When she heard the door open, the victim hid in her child’s closet,” the news outlet noted. “The victim said Batts began yelling at the victim’s father, who was in the residence during the incident, and asked where the victim was. According to police, after searching the house for the victim, Batts found her in her child’s closet and allegedly began hitting her in the head several times and kicking her.”

Somehow the victim was able to escape from Batts when she heard their nine-month-old son crying from another room, and went to check on him. ABC20 notes that when the victim sat with her son on a bed, “Batts reportedly began kicking her in the stomach. The victim said Batts said he didn’t want another baby with her and he hoped he killed the baby.”

Then Batts allegedly picked up the couple’s nine-month-old son “and said he didn’t even want him, before allegedly throwing the baby onto the bed from several feet away. Police said the baby was not injured from this.”

The woman was bruised on her scalp, shin, and had abrasions and swelling along with abdominal tenderness — all signs consistent with battery. No information was given

Police engaged in a chase with Batts, and when they pulled him over, he ran on foot. When he was caught, police said he “had bloodshot, glossy eyes and slurred speech, and he smelled like alcohol.” He refused a breathalyzer test, and police found he was driving with a revoked license and had previous DUI convictions. According to the News20, “Batts was charged with home invasion, aggravated battery of a pregnant woman, domestic battery with priors, endangering the life/health of a child, aggravated fleeing/eluding police, aggravated DUI, and felony revoked.”

This Illinois victim is far from alone. Abuse against pregnant women — in particular, by their significant others — is common, with homicide being one of pregnant women’s leading causes of death. See some examples of this abuse previously covered by Live Action News here and here.

Editor’s Note: If you are a victim of domestic violence, please contact the National Domestic Violence Hotline, or call 1-800-799-SAFE.