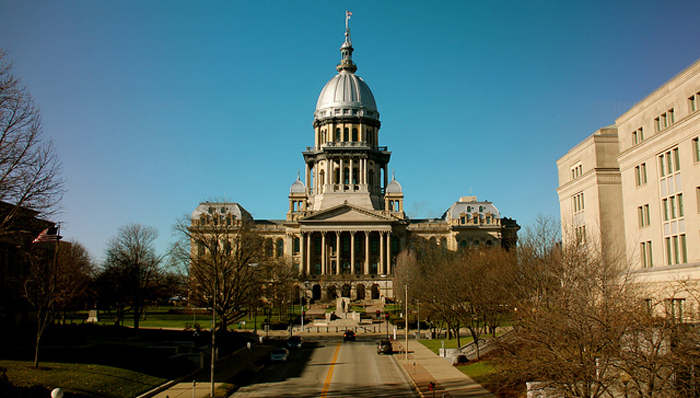 Though Illinois is already one of the most abortion-friendly states in the nation, lawmakers there have indicated they are considering enshrining the “right” to abortion in the state’s constitution.

House Speaker Chris Welch told The State Journal-Register that he would be supportive of an amendment making abortion a constitutional right, noting that there is currently a legislative working group looking at ways to further expand abortion in the state.

“That’s certainly one of the questions that’s out there, and it’s a strong possibility,” he said. “But again, I don’t want to get ahead of the working group or the recommendations they formally present. I’m certain that’s one of the things that’s on the table.”

Welch also told KSDK TV that a constitutional amendment would ensure that the state doesn’t pass any preborn protections. “Right now, we’re a single Legislature or a single Supreme Court away from losing [abortion] rights,” he said.

Amy Gehrke, the executive director of Illinois Right to Life, said that her organization is prepared to fight any attempt by the abortion industry to change the constitution. “This is just another step by the abortion industry to protect their profits and enshrine Illinois as a haven of abortion extremism,” she said. “Anything that would enshrine this danger into our Constitution, anything that would further threaten women and babies, we would of course, be opposed to.”

Illinois is not the first state to look to enshrine abortion as a constitutional right. Following the fall of Roe v. Wade in June, California, Michigan, and Vermont all passed state constitutional amendments that claim abortion is a right. However, despite these legal actions, there is no “right” to commit intentional homicide against an undelivered human being. No one has the legitimate right to kill another person, even if the state says otherwise.

Hawkins echoed Welch’s sentiments warning against future pro-life legislation, despite the fact that pro-abortion lawmakers hold supermajorities in both the Illinois House and Senate, and an abortion advocate holds the office of governor — and this has been the case for many years.

“Abortion rights are only one election, one bad election away from being taken away here in the state of Illinois, so enshrining that right, within the state Constitution just provides that additional layer to make sure that Illinois remains a haven state when it comes to abortion access,” she said.