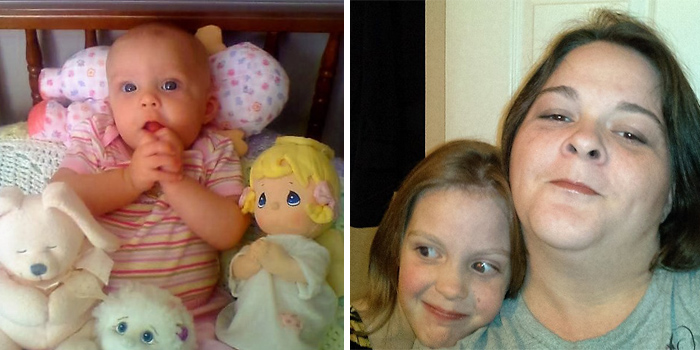 (Save the 1) It was one of the darkest periods of my life – I was going through turmoil with my parents, a bad split with the father of my two sons, betrayed by friends, and ended up on the streets, on a waiting list for a homeless shelter.

I had nothing and nobody left.  I prayed for death to come.  Within a week, instead of dying, I was raped. I found out I had gotten pregnant from the rape.  Having been raped many times in my life, I know that instinct which says to put it out of your mind — don’t think about it. Having a growing belly which continually reminded me of the rape was indeed painful in the beginning, but forced me to deal with the pain, and to move past it.

I was so emotional, but I knew my baby needed me to get through it all.  Also, I was finally able to get a room in the homeless shelter.

I tried to call an agency about putting the baby up for adoption, but I couldn’t make the call.  Every time I tried, I would cry so hard.  I finally decided I wanted to keep my baby.

She made it easier to get past the rape. I got a beautiful baby girl from what happened to me.  She is sweet, loving, and beautiful.  What I went through was nothing compared to the joy my little girl has brought to my life.  God had given me a reason to keep going.  My little girl is my miracle baby. My sweet angel helped me in more ways than I can count.  She makes the world a brighter place.  My daughter may seem like an inconvenience to someone who has never met her, being conceived by rape and having disabilities.  Anyone who knows her also knows love and kindness that is unconditional.  The neighbors smile when they see her and wait for the hugs.

We now live in Texas where Alice has gotten speech, occupational, and physical therapy.  She still has no diagnosis other than ADHD, but she has come a long way.  She is the sweetest little girl who loves to hug everyone she meets.  I never had to teach her to share — it comes naturally to her.  She is so generous by nature.  I love my daughter so much, and I have seen lives changed by her life.

Through all of this experience, I adopted my closest friend as my mom.  And it just so happens that her only child was also conceived by rape.  She has been a source of comfort through everything, and she is proud to call Alice her granddaughter. I actually have two very close friends with children conceived by rape, but they don’t really talk about it.  One was 16 and kicked out of her parents house for getting pregnant.  She never told her parents until her son was about 12 that she was raped by her boyfriend.  She had been raped before and the rapist father pushed her into an abortion at the age of 14.  She still feels bad about it to this day, but was determined not to let it happen again when she got pregnant with her son.

The other was in college and didn’t know she was pregnant until she was pretty far along.  She says had she known earlier in the pregnancy, then she’s certain that at that time, she would have had an abortion.  She was going to put him up for adoption, but changed her mind. She was never able to carry another baby to term and he is her only child.  After he grew up, she decided to volunteer at a crisis pregnancy center, and her son is the reason she is now pro-life!

So if you have a story like ours, know that you are not alone, and I hope this encourages you.