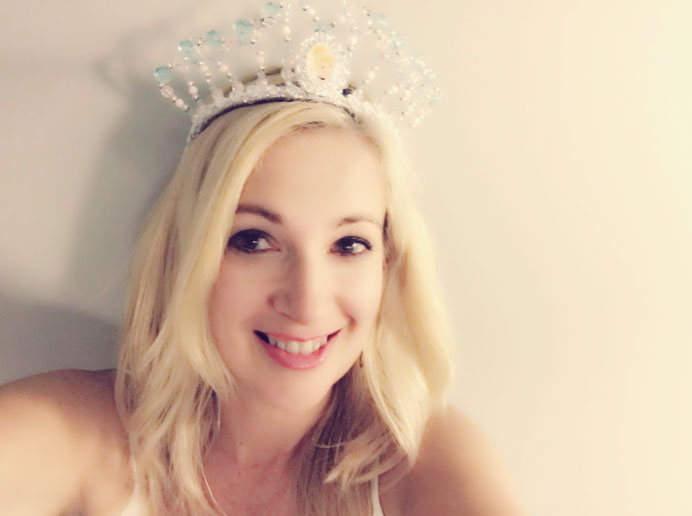 (Medium) I woke up this morning in the shadows of Cinderella Castle, to a phone call from a friend who knows my story well. She informed me of a recent tweet by Planned Parenthood regarding the need for a Disney Princess who’s had an abortion.

In 1981, I worked at Disneyworld as a Singer/Dancer where my voice was used in recordings as Cinderella and Sleeping Beauty for special events and ongoing shows. I performed on average 5 shows a day in front of Cinderella’s castle singing and dancing to “Some Day my Prince Will Come,” and “When You Wish Upon a Star.” At the age of 18, I became pregnant and had an abortion to keep my job as a singing princess. There was no pressure from the company or management to abort my baby. I didn’t tell them. But I made a decision on my own that I quickly lived to regret.

In the immediate days following my abortion, I struggled deeply. I continued to sing songs in front of the castle about dreams coming true, but eventually had to quit my dream job due to my inability to reconcile my decision within myself. I wanted to die.

Eventually, I found healing. It was an arduous struggle to navigate my personal grief. But by the grace of God, I am living an amazing life.

I married a great guy (my prince). A few years later I gave birth to a beautiful daughter. I conceived my son on the first trip back to Disneyworld following my departure. I went on to advocate for orphans and adopted 5 children. I am the mother of one daughter from Guatemala who was born to someone I see as a Guatemalan Princess (14 years old at the time she gave birth to my little girl). She decided NOT to abort her baby. My daughter Matéa’s name means “Gift from God.”

Three of my children watched their mother die from AIDS in Ethiopia. Their Ethiopian Mother Bayoush resembled a gorgeous African Princess. They were left alone in the world, and we were blessed to adopt them. My son Alec was labeled invalid and almost sent to die in an orphanage known for rampant abuse in Ukraine. We adopted him from the baby home when he was 5. His mother (Princess) Tetyana made a difficult decision in giving birth to her baby and then abandoned him at the hospital at 2 days old. Her bravery in giving her child life before she died has been a gift to us.

We are a blended family of immigrants and American born children representing Jewish culture, Christian, British Royal heritage, Hispanic, Ukranian, African. And we all are a Disney family beautifully woven together by God’s grace and living in the shadow of Cinderella’s castle in Orlando.

“Today, we joined an ongoing Twitter conversation about the kinds of princesses people want to see in an attempt to make a point about the importance of telling stories that challenge stigma and championing stories that too often don’t get told,” said Melissa Reed, Planned Parenthood’s president and CEO. “Upon reflection, we decided that the seriousness of the point we were trying to make was not appropriate for the subject matter or context, and we removed the tweet.”

I am in the process of writing a book about Cinderella focusing on the incredible strength of Cinderella in overcoming life in the fire and ashes as an orphan herself. She was tortured and enslaved by the ugly stepsisters who didn’t understand her story and tried to rewrite her destiny by taking away her rightful position standing next to the King. Cinderella defied her stepmother and stepsisters in taking the throne by storming the castle gates adorned in supernatural favor to battle for her happily ever after.

Disney doesn’t need a princess who has had an abortion. For years feminists have been princess bashing because they clearly don’t really grasp the depth of the princess stories that have already been told of overcoming evil, beauty rising out of the ugliness of the world, empowering love that is willing to slay dragons, resurrecting life after evil witch potions threatens to poison and demanding true love in a world that wants to rewrite the happy ending into something less romantic. Cinderella, Aurora, Belle, Merida, Ariel, Mulan all represent strength, power, grace, favor, determination and beauty out of ashes.

READ: Four ways abortion demeans women instead of empowering them

Cinderella in defying her stepmother and sisters has been empowering women for thousands of years. Cinderella, the orphan girl, enslaved by the women in the house and her story cannot be improved upon. A slave girl breaking down a door meant to keep her from her destiny as queen (locked by the women assigned to take care of her) speaks volumes to our daughters. Cinderella, poised in her tattered servant clothing walking into the room to place her foot in HER glass slipper before the prince, shows us about grace and dignity. Cinderella claiming her destiny and position as queen even as the abusive stepsisters try to keep her from it, reminds our daughters that oftentimes beauty, purity, determination and grace through the fire — wins.

My family walks down Main Street USA to gaze upon Cinderella’s castle almost daily. We are strong, happy, peaceful. The princesses in my home represent Africa, Guatemala, America. I brought my children to live here as a reminder that orphans can take a position on a throne inside of a castle and that dreams do come true. The princess stories that exist cannot be improved upon by any of the think-tank sessions inside of Planned Parenthood. It’s time to stop the Princess bashing and understand that iconic fairy tales cannot be improved upon by a politically motivated agenda.

Maybe the reason Planned Parenthood wants to rewrite the princess stories is because stories of evil witches in pursuit of killing off beautiful princesses has already been told. I guess they don’t like their part of the story.

Editor’s Note: You can reach Deanna at her Facebook page, here. This article was originally printed at Medium and is reprinted here with permission.