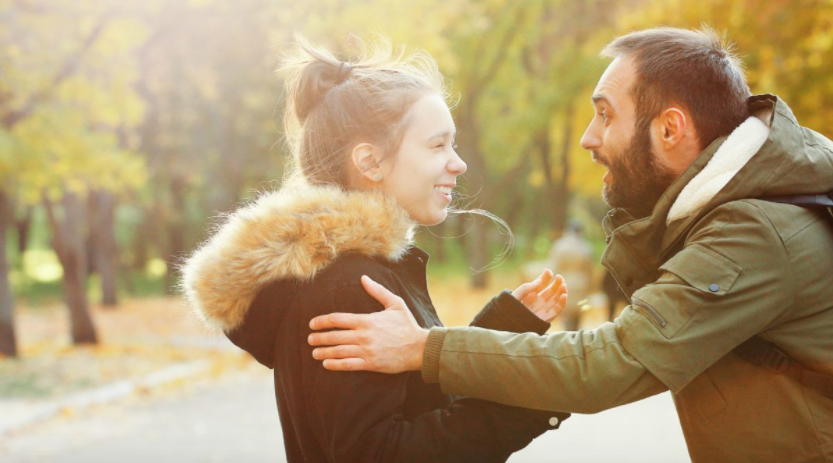 (Save the Storks) We live in a society where we are taught a huge lie, that sex is like a drug and one of the side effects of that drug is a child.

Sex has become one of the main ingredients in selling movies and music videos. Our kids’ childhood heroes aren’t read about in books anymore, they are swinging naked from a wrecking ball. No longer a special and private moment between a married couple in love, sex is now just a cheap high for so many. And if you get pregnant, no problem – just get an abortion. It has become so easy to abort, you can now get abortion pills through the mail.

Well, I was no exception. I fell for the lie. It’s no mystery that my oldest child, Sapphire, almost 21, was conceived when I was in high school. So I know firsthand (from a guys point of view) what it feels like to be faced with a pregnancy out of wedlock.

When I got the news, I freaked out like any teenage boy would. I was not in love, I was young, I had my whole life ahead of me, I had big plans (Notice all of the I’s?). Then I thought, “My dad is gonna kill me, and then he’s gonna make me marry her! Maybe I’ll just run away, leave the country.” Eventually, I decided to face the music and talk with her. I said, “So, shouldn’t we get an abortion?”

Yeah, guys, don’t ever say that.

She freaked out and told me she could never kill her baby and ran to her room crying. We were too young, we had every reason to abort, based on what society taught us. What business do we have raising a baby? After all we were still babies.

I spent the next several months in denial and isolation.

“There’s no way that child was mine, after all I was a virgin before her and she wasn’t.” I became very introverted, self-destructive, and selfish. I got kicked out at 17. I was only thinking about how this was affecting my life and how I was being punished. It was a very dark time in my life.

Then some time later I came to my senses. I took a DNA test and it was very clear she was mine. She shared almost 60% of my DNA compared to her mother. I finally decided that I was going to be a daddy (I know, duh that’s what you do) and from the moment I met her, I fell in love and never looked back. We’ve had our struggles, and sure, she could have had a better life if she had two parents that were financially ready to be parents – but she turned out pretty alright.

One thing I know for sure, the world would have been a darker place without her in it.

Fast forward 20 years. Married now, ready to have children, my wife and I decided we were going to adopt. You know the average wait time is around 12-16 months? Once a mother commits to an adoption she has all of her needs met. The adoptive parents will take care of the hospital bills (if you don’t have insurance) your rent, food, and transportation. All these needs are covered during your pregnancy and for several weeks afterwards while you recover.

We waited a little over a year, so when we got the news that we were chosen to be Jack’s parents, we were ecstatic! Jack has been a huge blessing to us. He’s perfectly healthy in every way and he even kinda looks like me.

Jack truly is a miracle. We soon learned a few things about the mother and father. His mother was homeless. Both parents used drugs, in fact the father overdosed and died a couple months after Jack’s conception. The mother had two abortions prior to Jack. Why she decided to go through with this pregnancy, I don’t know, maybe it was because she read a story like mine.

If you are reading this and you are faced with this very difficult decision, I implore you to please seek counsel with somebody you know and trust.

If you can’t talk to your parents, maybe you have an aunt or a church elder you can trust. Don’t listen to society, be brave and listen to your heart; listen to your babies heart. There are people all around you that can help: your parents, grandparents, friends, neighbors, church families.

Know that you are loved and you have the biggest and most important job of anyone.

Sapphire’s mom is now deceased. I never thanked her for standing up for life, for my daughter’s life, and in turn forcing me to look past myself. To Jack’s mom, I hope she knows just how much she has blessed us. Both are unsung heroes, both are my heroes, both are Sapphire’s and Jack’s heroes.