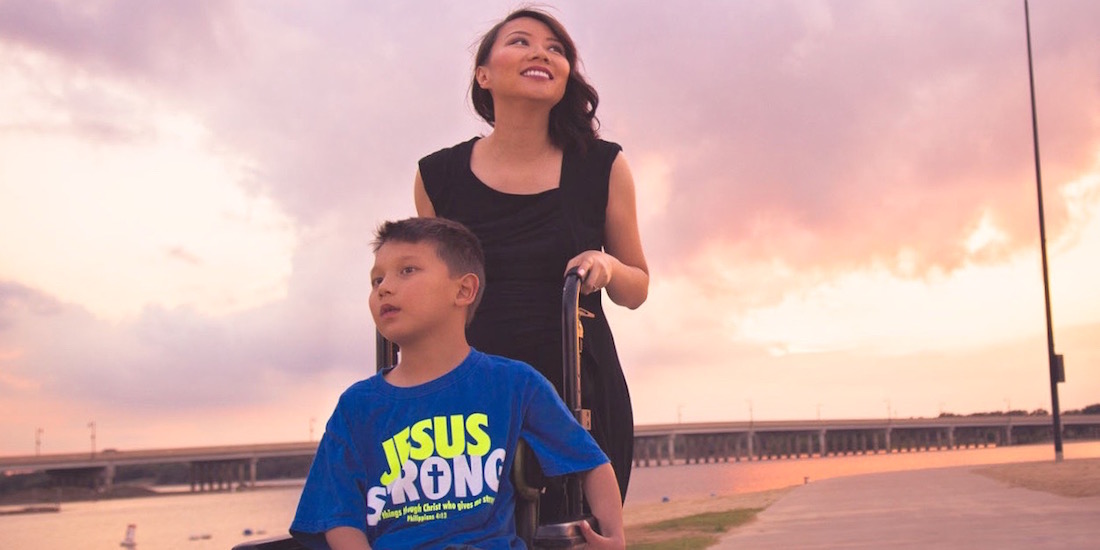 We who speak up for pre-born lives are often accused of being uncaring, of “not understanding” special situations that might compel a mother to choose to have an abortion—such as cases where a mother receives an in-utero diagnosis of a major abnormality like Down syndrome or Trisomy 18.

I understand. Raising a child with severe health issues and special needs has been my life for some years now.

As our society grapples with questions surrounding abortion, families who’ve walked this journey of raising an “imperfect” child are authentic examples of the joy, pain and fulfillment of life itself—in all its messiness.

In these situations, the pro-abortion movement casts aside the façade of care, no matter what. What we hear instead sounds like this recent Yahoo Parenting headline: “If I Knew My Daughter Had Down Syndrome, I Would Have Aborted Her – All Women Should Have That Right.”

Only one choice is being championed by this cause: See, no mother wants the hardship of raising a special needs kid! It’s more humane to just abort. Think of the quality of life for both you and the child…

Death is preferred to any chance of life for the child and any chance for the family to have that child in their lives.

I was 23 when I became pregnant with our firstborn. My husband and I were totally ecstatic to be expecting. However, at our 20-week ultrasound, a major life-threatening heart defect was found.

The perinatologist and specialists rushed in to explain that our baby boy had a form of Hypoplastic Left Heart Syndrome—essentially, his heart was only half developed, and likely had other defects. They warned us that this was usually a cause for abortion. We were stunned.

While I was crying and devastated to hear this, they took my husband to another room and explained to him the gravity of our decision. We had already told them we are against abortion, no matter how serious our son’s condition was, yet they were not satisfied and thought we were being idealistic. They told him: You have your whole lives to live, you don’t need to burden yourselves with a lifetime of pain and suffering. Think of your wife and your family. One day, you will bury your son. Statistically, it is inevitable. Is that the kind of life you want to live?

Yes, we had absolutely no idea what we were getting into. Our lives had just been completely turned upside down, and we were totally unprepared for the challenges ahead. Yet we had decided a long time ago that abortion was wrong, under any circumstance; now our convictions would be tested in real life.

The doctors were right about the difficulties and complications that came with giving birth to our son, whom we named Ezekiel (“Zeke” for short). As soon as Zeke was born, he was rushed to the neonatal intensive care unit (NICU) and put on life support.

He had his first open-heart surgery at one week old, his second at a year old, and his third at age five—among many other operations. In his first year of life, he was on oxygen around the clock. His health was so fragile, we kept him home and stayed away from public places… because any common sickness could be fatal.

Zeke almost died at around five months from a kinked bowel, before we found out he also had malrotated bowels. He had severe acid reflux and puked most of the food he ate every day. The medical odds were against his survival, yet by God’s grace Zeke somehow pulled through all the surgeries, complications and setbacks.

While the doctors warned that kids like this are usually developmentally slow, Zeke was a lively boy and very intelligent. He loved to make jokes and play with Daddy.

He hit all the childhood milestones despite these obstacles. He is a miracle child who has proven doctors wrong over and over again.

After all we had gone through in his early years, we thought Zeke’s health had stabilized after his final open-heart surgery.

Yet the unthinkable happened on March 27th, 2014. Zeke suddenly went into cardiac arrest, and passed away before my husband’s eyes.

James performed CPR while waiting for the paramedics, and somehow, revived him back to life. Yet Zeke sustained a global brain injury from the cardiac arrest and became completely paralyzed and mute.

The doctors told us Zeke was in a vegetative state, never to recover, and would inevitably pass away. We were advised to let him go: stop all meds and all food, as the “most humane” thing to do for him and for our family.

Once again, we would have to live out our pro-life convictions when we were presented with the option to passively euthanize our son. Against the doctors’ recommendations, we chose to take Zeke home and provide care for him, instead of letting him be put in a medical home to pass away.

After fighting for Zeke all throughout his life, seeing this happen to our precious boy broke our hearts again. Yet, with intense daily therapy for the past year and a half – along with vital prayer and encouragement – Zeke has miraculously been healing. He is learning to eat, walk, and talk again. Thinking back, I am reminded of the option we had before Zeke was born to abort him – the warnings doctors gave us about all the complications that could happen, and did happen. Many may wonder, would I choose differently?

Raising him has no doubt been hard, heart-wrenching, and stretched us beyond anything we have done. Just as surely, our lives have been filled with joy and happiness by having Zeke in our family.

While our throwaway culture may come to other conclusions, my experience with Zeke has made me more pro-life than ever before. I have experienced firsthand the humanity of “imperfect” children—in my own child.

These precious kids have faces, names, desires, emotions. Each child has a soul, a unique personality, a purpose, and a destiny. They are our children, our flesh and blood, our offspring, whether healthy or complicated.

I have become more impassioned to speak for children who are deemed imperfect, so unwanted by our society that we would want to snuff out their lives before they have even had the chance to be born.

Even if I ever came to the conclusion that it had not all been worth it all, it would not change the enduring fact that I will never have a legitimate right to take away his life. I am his mother, yes, but I do not own him.

He is not mine, in the sense that my arm and my heart belong to me. He is not an extension of me nor is he my property.

From the moment of conception, Zeke became his own person: a separate entity, a uniquely created being with his own set of rights. As his parents, we have merely been given the responsibility of caring for and raising him.

As the intrinsic right to life extends to me, it should rightly extend to Zeke and all children—no matter what the circumstance. We have been conditioned as a society to think about ourselves and put ourselves above our children, even to the detriment of our children’s very lives.

Pro-life advocate Gianna Jessen, who has overcome many difficulties after being born with cerebral palsy, said it so well at the recent Congressional hearing investigating Planned Parenthood: “It is often from the weakest among us that we learn wisdom – something sorely lacking in our nation today.”

It is not about me, it is about my child’s life. As a mother, at the very least, I can give him the chance at life that everyone should receive—no matter how long, how hard, how joyful, how fulfilling, or happy it turns out to be.

Lisa Smiley is a mother of three precious children, and one on the way. She holds a bachelor’s degree in philosophy and also writes on her own blog, lisasmiley.com, where she shares stories about her life and family. Her husband James has written a book about Zeke’s miraculous journey and life, called My Darkest Hour. Together, they raise their family in the Dallas area.