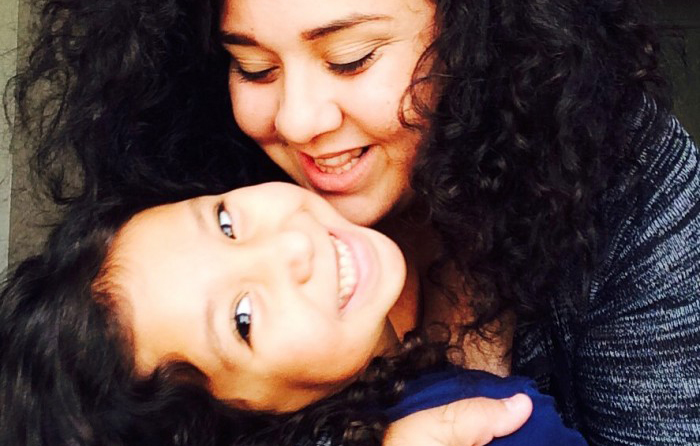 I chose life, and here’s why!

At 15, I became pregnant with someone seven years older than me and he did not want a child at the time. Everyone mentioned adoption, not so much abortion, but  I never spoke on those topics.
I was beyond terrified of the unknown. The unknown is a beautiful thing, though, but as a teen we don’t look at it that way. That warm fuzzy feeling warmed my whole body and I knew that I had to do everything possible to keep my little girl safe—I had to give her the best life and love her forever.

My dearest daughter, I chose life for you.

Even though she wouldn’t have a dad, I felt like I could do it. I felt like my love would be enough —it would work out! I’ll make it work!

And at 15 and 16, society paints this ugly, ugly picture of you, and it says you should be ashamed to be pregnant. Society says your life is over because of this child. You can’t go to school or work because you are pregnant. Basically your life is over. Sometimes we have sex because we THINK we love this person, or we have sex to fit in. Maybe it’s your first time. What ever the reason is, this baby is meant for you!

My whole pregnancy was beautiful because I chose to make it that way! No way was I going to let society paint this ugly picture on me because I chose life for my dearest daughter.

On March 31, 2010, at 11:56 p.m., I PROUDLY gave birth to the most beautiful jet-black-haired princess. She was my saving grace, and I decided to name her Gracie Rose.

Growing up with my little rad human has been a blast. We graduated high school together, are in college together, and we have found an amazing man and married him. We have our own home and we did it! We made it! Society was so wrong !

Being a mother is beautiful, and I’m so glad I chose life! Everyday, I remember how afraid I was to become a mother, and now, six to seven years later, it’s like an “aha” moment. The fear of the unknown has created such a strong mother. I’m 22 and my daughter is almost six, and I want whoever is reading this to keep in mind that even though all odds might be against you and you think you can’t do it, you can! I Believe you will be a wonderful Mommy!

We all have a story, whether it’s good or bad. We all have been through something, but that itself doesn’t define what kind of parents we will be.

I never had a opinion on abortion, because I was always so careful. But when I became pregnant with my daughter, I absolutely knew I was NOT getting an abortion! It didn’t matter what anyone said— this is my body and my baby.

I would always ask my grandma: “What do you think I should do?”
She said, ” I can’t tell you —it’s your decision.” My grandparents always reminded me that it would be extremely difficult to raise a baby at 16, finish school, and work, but they always finished that with “but it’s possible.” So after I gave birth, four weeks later, I went back to school. Waking up at 4:30 a.m. every day seemed normal. Walking to the school bus stop every day with my newborn and her big stroller, diaper bag, blankets, and my books seemed normal.

I wanted to finish school, and my grandparents were so strict on me to finish. They always pushed me so hard, and still do. If I wasn’t pushed so hard, I don’t think I would have finished — but I graduated!

I think teens need that extra push to be reminded that it will be extremely hard, but it’s possible. Ever since I gave birth and accomplished so much, I feel like if I can do it at 16, why can’t everyone else?

Teens need that extra push, and I want what you just read to be just that!