On Tuesday, December 8, the House Appropriations Subcommittee on Labor, Health and Human Services, Education, and Related Agencies will hold a virtual hearing — “The Impact on Women Seeking an Abortion but are Denied Because of an Inability to Pay” — to discuss the Hyde Amendment, which forbids federal tax dollars from being used to pay for abortion through the federal Medicaid program.

The Hyde Amendment is a rider that has been added to the House appropriations bill every year since it was first passed on September 30, 1976. Every president since then has supported it, and it is credited with saving at least 2.4 million lives from abortion.

Most Americans support the Hyde Amendment, including the low-income women who would face financial pressure to abort if they are using Medicaid for health insurance. A 2017 Marist poll found that Americans with lower incomes were less likely than those with higher incomes to support federal or state funding of abortion through Medicaid. In addition, a Harvard poll found that support for Medicaid-funded abortion is nearly twice as high among voters who make more than $75,000 a year than among those who earn $25,000 or less. Despite widespread support, abortion supporters in Congress have begun pushing to permanently do away with the Hyde Amendment.

READ: As the child of a low-income woman, I support the Hyde Amendment

The December 8 hearing is set to include four witnesses, with only one being pro-life — Christina Bennett, Communications Director for the Family Institute of Connecticut. 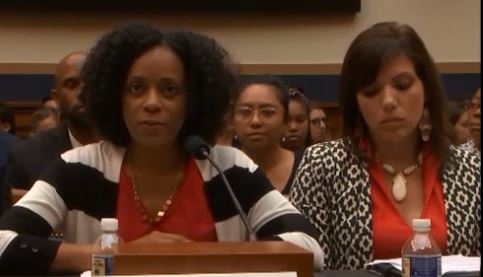 “The American people strongly rebuked Nancy Pelosi by sending a record number of new pro-life congresswomen to Washington in the recent election – yet House Democrats, emboldened by a potential Biden administration, are once again pushing to force hardworking taxpayers to fund abortion on demand,” said SBA List President Marjorie Dannenfelser in a statement. “Their extremism not only harms women and families, destroys countless innocent unborn children, and decimates the minority communities they claim to support, but it is also deeply unpopular even among rank-and-file Democrats. We are proud to stand with Christina Bennett, whose powerful story of being scheduled for abortion and spared at the last minute utterly contradicts the abortion lobby narrative. We also thank our pro-life Republican allies for their vigilance and encourage them to keep standing firm against the Biden-Pelosi agenda.”