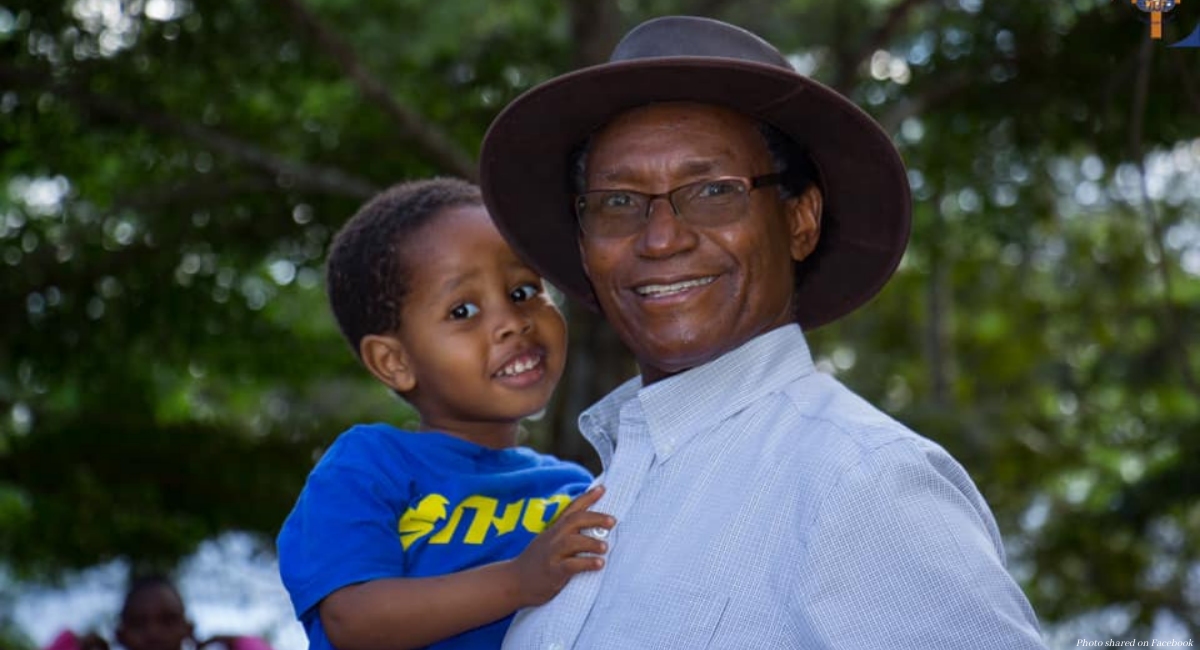 Abandoned at six years old and considered an orphan, Charles Mulli narrowly escaped starving to death and committing suicide. Through a domino effect that began with one person’s compassionate act, Mulli became a successful entrepreneur millionaire, and then gave everything up to adopt over 13,000 children.

Born in 1949 in Kenya, Charles Mutua Mulliin an interview with RealCUF radio, paints a picture of his debilitating childhood of rejection. Abandoned by his family at age six., Mulli was left to live in a “harsh environment”  by himself, barely more than a toddler.

The difficult childhood and bright future of an orphan

For 17 years, he lived in extreme poverty, essentially as an orphan with no home. Relatives assisted his secondary education up to a point, but Mulli had no money to pay the fees, and no shelter. Begging for food was a higher need, so he dropped out of school. Mulli shared with RealCUF that age 16, he “had completely given up.” He wanted to commit suicide because he “didn’t want to continue to experience all these problems.”

At that moment, Mulli told RealCUF, a passerby invited him to church. There, in 1967, he encountered Christ, who Mulli said “restore[d] my life.”

Filled with new hope, Mulli walked nearly 53 miles barefoot with no food or money to Nairobi, Kenya’s capital, to look for a job. With no idea what he was going to do, he said he “went to where wealthy people lived and knocked” on their doors. At one home, a wealthy Indian Catholic woman took compassion upon the orphan before her, asking, “What I can do for you?” Sharing his needs, she employed him as a laborer. From there, with her husband’s help, he advanced into increasingly better jobs.

Mully Children’s Family (MCF) recounts  that Mulli took his earned money and bought a used car, turning it into a taxi. With the money made from that, he bought more vehicles, followed by buses. These became part of “Mullyways,” his transportation fleet. Besides the transport business, Mulli’s further investments included insurance business, motor vehicle components, gas distributor and agricultural business ventures.

He also embraced leadership roles in Kenya. Through prayer and hard work, Charles Mulli experienced unprecedented success, and became a pinnacle in the church movement and board leadership in schools.

In 1970 Mulli married Esther Nthenya, with whom he had eight biological children. But his family grew further.

The inspiration to do more

One night in Nairobi, in 1986, as Mulli left his car for work, street urchins came to him, begging for money. He refused, worried about enabling substance abuse, and went his way. He came back later to find his car stolen. MCF shares that on that night his “debilitating past” came back to him, and for three years, he couldn’t forget those children.

In 1989, Mulli said he “decided to give all and everything for the sake of the children who were suffering,” he shared. From experience, Mulli knew he was giving them life, saving them from starvation and violence, being forced into the sex trade, and possible suicide.

He sold his entire business, and devoted all of his energy and resources to helping street children through rescue, shelter, medical care, psychosocial support, and education. With a blend of compassion, forgiveness and a mission of hope, he began to usher the street children into his home, one by one. This was the birth of Mully Children’s Family [MCF].

Dr. Mulli’s compassionate conviction was not well received by all. Mulli said he faced “unimaginable rejection” in the early years from close friends, business associates, and even his church for choosing to commit his life and resources to save the lives of the street children.

Though it wasn’t easy for them at first, the support, warmth, and love of his wife and children made MCF possible. The family team provided access to food, clothing, education, and medical care for thousands of children. Their biological children grew up alongside their adopted siblings, the older ones joining their father in the work.

Mulli and his work today

Literally nourished by Mulli’s own ingenuity, the children eat food grown from the orphanage’s own land; the agricultural practices are so advanced that produce is also exported to Europe. A nursery also produces thousands of trees across the the country.

Mulli’s work gives hope and empowers young people of all ages and situations, including teenage mothers, by providing a sanctuary for mothers and their children. Winnie Nikesa came to MCF with her baby after her family had all died. “I didn’t know how I was going to survive,” she said, adding that in the years since, she has completed hairdressing school. “I will be a business woman, something that I enjoy. I can’t believe that not long ago, all I wanted to do was to die, to leave this world.”

Many of the MCF children have “gone on to university, giving the world doctors, lawyers, local workers, accountants, finance managers.” MCF also provides a vast variety of vocational training. Mulli says MCF “empower[s] the children so they come self reliant through education.”

READ: ‘Loved until the very end’: Couple ministers to orphans with terminal conditions

To this day, over 18,000 children have been helped by MCF, and 4,900 are currently in the program. But as love knows no bounds, their outreach has encircled more than just their own children.

According to its website, the Mully Children’s Family (MCF) is “the #1 employer, the sole source of clean water, [and] the main source of healthcare” for two divisions in their district and has “provided free education and a daily lunch for over 1,000 children in five other locations.” During post-election violence, MCF reportedly “provided daily hot food for over 7,000 children in the camp, and food rations for 20,000 displaced persons, as well as education for the children there.”

Mulli’s work has won him many prestigious awards, including an honorary doctorate in science for his agricultural and environmental work.

Three books have been written about his incredible story, including, “Father to the Fatherless,” and “Hope for the Hopeless,” as well as his own work, “My Journey of Faith.” In 2015, a moving documentary was released that captured his noble work.

“And so it [MCF] is changing the world through touching the hearts of the children one child at a time,” Mulli shared in a compelling interview. Mulli and MCF are truly a model to all nations and individuals of how a father and mother’s hearts can transform the world, even from humble beginnings as an abandoned orphan living on the street.