What can you do today to protect children? 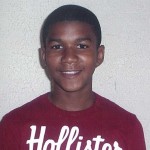 In recent months, President Obama has become an eloquent spokesman against violence, and particularly violence upon children. His comments have been poignant and stirring, and every American should listen. Especially President Obama.

Unfortunately, though Obama claims to oppose violence, he remains fanatically committed to preserving the legality of brutal dismemberment abortions. I have put together this short video highlighting the discrepancy between his rhetoric and practice:

On Sunday, in response to the acquittal of Trayvon Martin’s killer, President Obama issued this statement:

We should ask ourselves, as individuals and as a society, how we can prevent future tragedies like this. As citizens, that’s a job for all of us. That’s the way to honor Trayvon Martin….We should ask ourselves if we’re doing all we can to stem the tide of gun violence that claims too many lives across this country on a daily basis.

I wholeheartedly agree. And while we are at it, perhaps we should also ask ourselves if we’re doing all we can to stem the tide of clamp violence that claims too many lives across this country on a daily basis. As President Obama reminded us in the video above:

If there is even one thing we can do as a country to protect our children, we have a responsibility to try.

What can you do today to protect children?