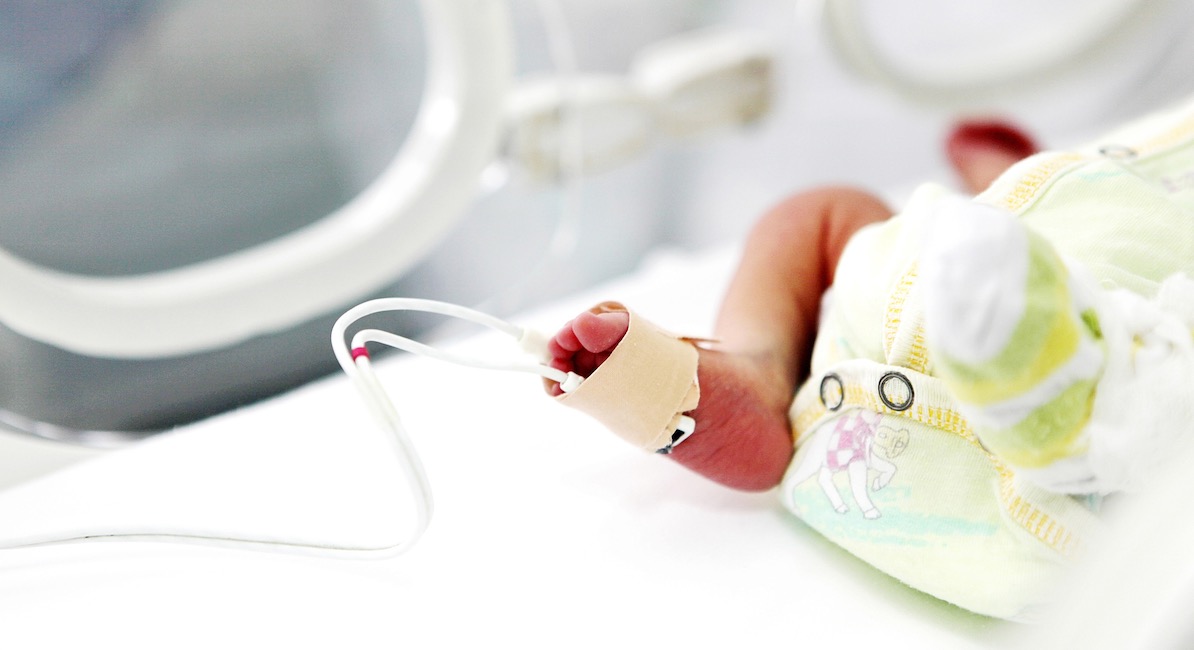 A premature delivery is scary and stressful even under the most perfect of circumstances. But going into labor at sea, away from the specialty care that preemies require, is even more dangerous.

Patrina Ross was onboard a Royal Caribbean weeklong Caribbean cruise when she started to feel unwell. The ship’s doctor conducted an exam and quickly discovered that she was in labor at only 22 weeks of pregnancy.

Although cruise ships are prepared for many medical emergencies, premature labor and delivery usually isn’t one of them. And in fact, premature babies are so tiny and require such specialized equipment that most facilities outside of specialized hospitals aren’t prepared to deal with them.

The task at hand was quite serious, and a new one for Dr. Perez. “In today’s environment, we do save 22-weekers [premature babies] but have never had to save a 22-weeker in the sea or a cruise ship,” Perez said, according to the Miami Herald. “For your average physician to care for or resuscitate a baby that probably fits in the palm of your hand is an incredible task.”

Twenty-two-week-old babies are legal to abort in many areas of the country, and some doctors have even refused to help babies born at that age, as 24 weeks was once considered the age of “viability.” However, if treated promptly, babies born at 22 weeks are surviving at incredibly higher rates.

Dr. Perez directed Dr. Patilla on how to conduct a number of life-saving measurings, including adjusting his adult-sized tools for their micro-preemie patient, clearing the baby’s airway and intubating him, adjusting settings on the ventilator made for an adult, monitoring the baby’s glucose, and dosing fluids and antibiotics. Without these adjustments, it’s doubtful the 2.2-pound baby would have survived.

“My initial concerns were about the capability of the medical team on the ship and their resources since this was an extremely unusual situation and a 22-week-old infant is just at the edge of viability,” Dr. Perez told Patch.

Fortunately, the ship was well-equipped. “They did have an adult ventilator that we configured, I helped them configure it to ventilate a baby that can fit in the palm of your hand,” said Dr. Perez. The team did amazingly well, even placing the tiniest IV. “Just from that alone,” said Dr. Perez, “it seemed like all the stars were aligned.” He added, “After they were able to successfully intubate the child, I was more comfortable.”

The other thing the medical team needed to consider was the baby’s body heat. “Babies that size lose a lot of heat. I informed them they had to turn up the AC up to 78-80 degrees and Saran wrap the baby, they actually had to Saran wrap. So, they went to the kitchen and got Saran wraps and they Saran wrapped the baby to keep the temperature,” he continued, “Just the simple fact that the child got here, obviously this child is one hell of a fighter,” Dr. Perez said.

All in all, the medical team did an amazing job. As Dr. Perez pointed out, “not every physician is able to intubate a preemie, and the shipboard doctor — using a laryngoscope most likely for an adult-sized person — followed my instructions in great detail. Together, this team of clinicians and dedicated professionals saved this baby’s life.”

As soon as the ship pulled into port in Jamaica, mother and baby were transferred to St. Ann’s Bay Hospital where the baby was admitted to the NICU. Eventually, the two were transferred to Nicklaus Children’s Hospital near South Miami. Dr. Perez said the baby arrived in “incredible condition,” and is currently listed as critical but stable. Like most 22-week preemies, “he’s going to have a long way before being discharged from the hospital,” Dr. Perez said.

“He’s a miracle,” he added, according to NBC Miami.