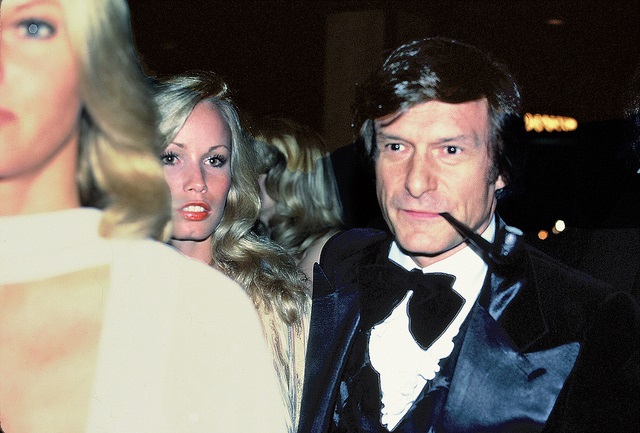 When Hugh Hefner died in 2017, tributes and accolades rolled out, with people praising him for his role in pioneering the “sexual revolution” and for being a pop culture icon. Little attention was paid to what the conditions were like inside the storied Playboy mansion, which bunnies described as a disgusting prison. Even less attention was paid to how damaging his sexual revolution was — or how Hefner and Playboy pushed abortion. Hefner was arguably the founder of the “bro-choice” movement, long before the phrase “bro-choice” even existed. This phrase was coined for men who support abortion — not because they truly want to support women’s choices, but because abortion allows them to have consequence-free sex. It essentially turns women into objects to be used and then discarded at will, and this was something Hefner pioneered with Playboy. He admitted to seeing women this way in a 2010 interview with Vanity Fair.

“They are objects!” he said. “Playboy fought for what became women’s issues, including birth control. We were the amicus curiae, friend of the court, in Roe v. Wade, which gave women the right to choose. But the notion that women would not embrace their own sexuality is insane.”

Playboy wasn’t about allowing women to embrace their own sexuality, and neither was Hefner. He wanted women, and their sexuality, packaged and sold to the masses, compliant and available at any time, responsible for a man’s pleasure — and for any potential pregnancies that may result. Abortion meant that Hefner and his acolytes could use women as much as they wanted, and yet never have to take responsibility for a child. And it was women who had to bear the burden of undergoing an abortion, killing their own preborn child, and facing the physical risks that come with it. Men like Hefner get off scot-free, able to use the women for their own pleasure and then walk away. Pregnancy gets in the way of the promiscuity that Playboy propagated.

Considering that Playboy treated women like objects, it’s not surprising that Hefner — and by extension, Playboy — advocated for abortion. In 1965, before Roe v. Wade had been decided, Playboy was publishing editorials calling for the legalization of abortion. The magazine also printed pro-abortion letters to the editor. “There were only a handful of people organizing for [the legalization of abortion] at that time,” Carrie Pitzulo, author of the book “Bachelors and Bunnies: The Sexual Politics of Playboy,” said. Playboy also published information to help women obtain abortions, including the Clergy Consultation Service, which linked women with abortion providers, and referral services in states like New York. The magazine also provided the contact information of congressmen, urging readers to contact their representatives and demand that abortion be made legal.

Not long after Playboy began publicly calling for abortion to be legalized, Hefner founded the Playboy Foundation. He quickly began donating to pro-abortion charities, including Planned Parenthood and NARAL, and the ACLU, where Ruth Bader Ginsburg was working as an attorney. Indeed, Bader Ginsburg signed a note sent to Playboy, published in the magazine, which read, “The A.C.L.U. fought for the right to abortion long before the U.S. Supreme Court’s landmark decision. Now we advocate abortions and birth control for minors without parental consent.”

Hefner himself bragged about how he helped get Roe v. Wade passed:

In the 1950s and ’60s, there were still states that outlawed birth control, so I started funding court cases to challenge that. At the same time, I helped sponsor the lower-court cases that eventually led to Roe v. Wade. We were the amicus curiae in Roe v. Wade. I was a feminist before there was such a thing as feminism. That’s a part of history very few people know.

He certainly has an interesting definition of “feminist”, that’s for sure. While feminists cheered him for launching the sexual revolution and helping to legalize abortion, what was the cost? Hugh Hefner and Playboy were not empowering women to take control of their own sexuality, but instead, were contributing to their objectification and dehumanization. Hefner told men that women were objects, empty vessels that were there for their own sexual pleasure — and that those vessels must remain empty because a perpetual bachelor living a promiscuous life can’t be tied down with a child. And perhaps worst of all, he was able to convince the nation that this was a good thing. The harm he ultimately caused cannot be overstated; after all, since Roe v. Wade was passed, 60 million preborn children have been aborted. Tens of millions of women have been broken, butchered, and killed. This is his true legacy, and we must not forget it.