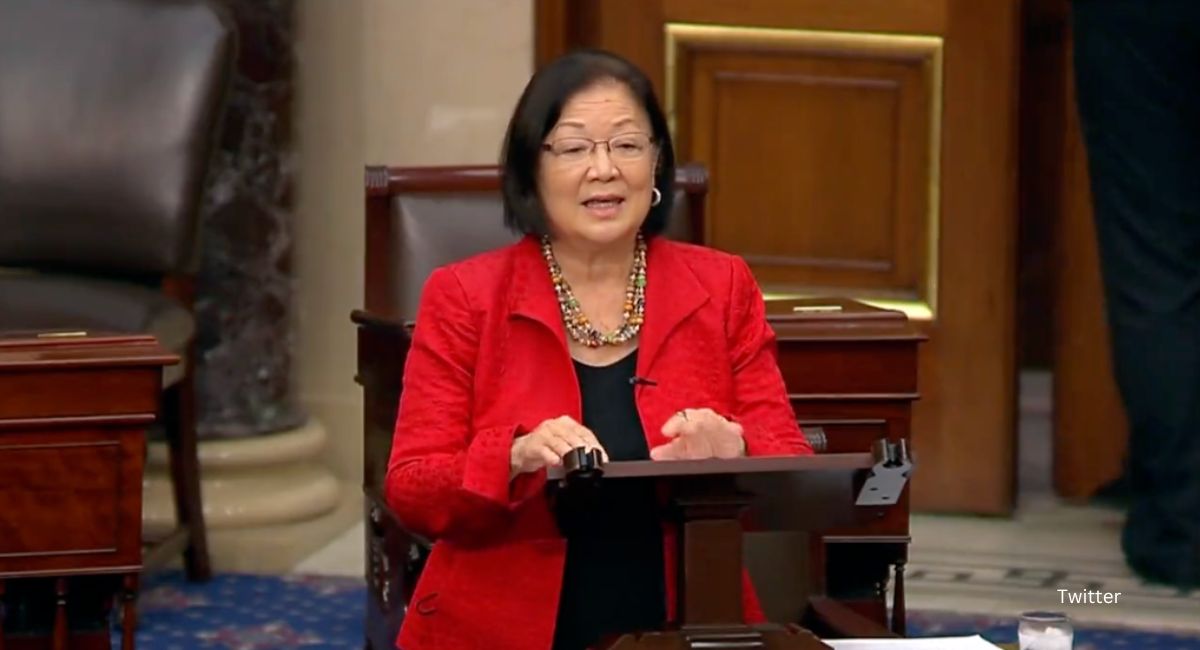 Hawaii Democrat Senator Mazie Hirono raised eyebrows last week when she declared a “call to arms” in the fight for widespread abortion access.

A member of the Senate Judiciary Committee, Hirono made her remarks after Sen. Lindsey Graham introduced a bill that would protect preborn children from abortion after 15 weeks.

“When I hear my colleagues talking about how, you know, it should be states’ rights, or government should not be telling us what to do, the word ‘hypocrites,’ it doesn’t even go far enough to call them out on what they’re doing,” she claimed. “This is an outright attack on women in this country. That is how I see it.”

“That is how more and more women and those who support our right to make decisions about our own bodies, that is how we see it,” she continued. “And why? Because that’s what’s happening.”

This is not some sort of hypothetical debate.

If Republicans take control of the Senate, we now know what they will do—they will work to pass a national abortion ban.

The stakes have never been this high, Democrats have to hold the Senate this November. pic.twitter.com/T2Hgq7KVso

Abortion at 15 weeks is most often carried out through a D&E (dilation and evacuation) dismemberment abortion in which the child is killed when her arms and legs are torn off of her torso and her head is crushed. Ending abortion isn’t about state rights but about human rights — the right to life and the right to not be violently killed.

After the speech, many people on social media took Hirono to task for her incendiary comments, which came at a time when violence against the pro-life movement is at an all-time high.

Since the overturn of Roe v. Wade, radical groups like Jane’s Revenge have been responsible for attacks against pregnancy resource centers and pro-life offices across the country. Typical attacks include vandalism and graffiti, though several pregnancy resource centers and a pro-life office were firebombed. Despite this, not a single arrest has been made for any of the crimes.

A recent report put out by the Religious Freedom Institute indicates that the threat of violence against the pro-life movement remains high. Lawmakers should be working to ensure that the violence comes to an end and that all people are protected from threats, fear, and intimidation. Instead, the admonition that the pro-choice movement needs to raise a “call to arms” only further shows that abortion advocates will do anything to ensure that the killing of preborn children continues.