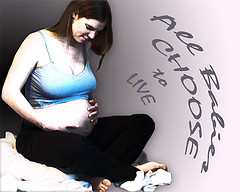 Do we really have to show why informed consent laws and government-forced abortions are very different?

On October 24, 2012, the Guttmacher Institute issued a news release titled “COERCION IN REPRODUCTIVE DECISION MAKING OCCURS IN MANY SETTINGS – AND IN BOTH DIRECTIONS” with the subtitle “Coercive Practices Range from Forced Abortion and Sterilization in China to Laws Impeding Women from Obtaining Abortion Services in the United States.”

Fortunately, the Guttmacher Institute has come out against the One-Child Policy’s involvement of forced abortions and sterilizations in China. However, by equating this violent and deadly practice in China with laws in the United States that seek to limit abortion with the best of intentions, this news release does a disservice to those women, babies, and grieving families who suffer and live in fear in China.

Rebecca Oas, Ph.D gave her analysis on the news release on the Friday Fax page of the Catholic Family and Human Rights Institute. I’ve included an excerpt below which I think best sums up how Guttmacher fails with such a comparison:

A large portion of the article focuses on United States laws such as those requiring counseling prior to abortion and blocking taxpayer funds from subsidizing abortions.  According to the author’s thesis, these policies, like the Chinese family-planning regulations, force women “either to have or to not have children for the greater good of those other than themselves.”  While the article provides examples of national policies providing incentives or deterrents to childbearing enacted in response to fears of population explosion or implosion, no mention is made of the good of the child itself.  The Guttmacher article fails to acknowledge any possible motivations for restricting abortion outside of “pronatalist” efforts by leaders to increase national birth rates.

It is not surprising that the Guttmacher Institute would fail to understand a pro-life point of view on the issue of abortion restrictions in the United States. The Institute comes, and this news release is written, from the side of a pro-abortion organization who sees access to abortion as a matter of reproductive rights, women’s rights, or human rights. However, just because Guttmacher and this news release in particular cannot see any beneficial motivations for restricting abortions, this does not mean that none exist. In fact, Arizona’s law to limit abortion is called the “Mother’s Health and Safety Act.” It is named so in part because such a late-term procedure can be harmful for the mother. A forced abortion or sterilization on a mother in China is anything but beneficial to her health or well-being.

The Guttmacher Institute with its news release uses examples such as waiting periods, informed consent laws, and what is likely ultrasounds when it describes “undergo[ing] unnecessary medical procedures.” With this news release, Guttmacher hardly fails to express its opinion on these types of abortion restrictions:

In stark contrast to this commitment to individual decision making, U.S. abortion policy has been going in the opposite direction, becoming more restrictive and coercive. The ideals of voluntarism and free choice have been increasingly co-opted and undermined by U.S. antiabortion advocates and state policymakers, who have enacted myriad “informed consent” laws that require women to receive inaccurate and biased counseling, undergo unnecessary procedures or endure mandatory waiting periods.

I’m not sure why informed consent laws need to be frowned upon so greatly. The nature of a surgical procedure, whether that procedure is an abortion or not, is that there are risks involved. To deny a women information about these risks or to try to cover such risks up is actually further harming a woman’s “right to choose.” By using the terms “inaccurate and biased counseling,” this news release by Guttmacher fails to acknowledge studies showing that it is not inaccurate to tell women they may suffer after an abortion.

Planned Parenthood counsels abortion-minded women before they make their decision. If such an organization, the one which will profit from a woman receiving an abortion, providing counseling isn’t biased, then I don’t know what is. If the news release is in fact referring to an ultrasound as part of “unnecessary procedures,” then the institute is forgetting that Planned Parenthood already performs ultrasounds on patients undergoing an abortion. Without performing an ultrasound first, how else is an abortionist to kill the unborn baby effectively? Without an ultrasound, the abortionist risks harming the mother in addition to the baby. And a mandatory waiting period is something I would hardly call “endur[ing].” The point of a mandatory waiting period is to make sure that women are making the best decision possible.

Besides the issue I take with Guttmacher’s news release spewing their opinion about such abortion restrictions which are actually beneficial to women, I also take issue with the term “coercive.” Yes, these new laws are meant to be “restrictive,” since abortion kills an unborn baby and can and does hurt women. To describe such abortion restrictions as “coercive” is taking it a step too far, as well as completely failing to acknowledge the point of such restrictions. Such are not in place to coerce women, but rather to give them well-thought out reasons as to why abortion may not benefit them.

The One-Child Policy in China includes forced abortions and sterilizations, but involves also living in fear, mistrust, and secrecy. To call such a policy “coercive” is putting it mildly. It should be called for what it really is: forceful and barbaric.

Now in China, they do not have informed consent laws; they do not counsel women; they do not show them the ultrasound; they do not have a mandatory waiting period. They roughly kidnap women and force them to undergo a procedure that is oftentimes so violent that women are left injured, dead, or permanently emotionally traumatized by the event. It is ridiculous to even consider China employing such practices before an abortion. However, if China were to employ such practices as these restrictions, then such restrictions would make sense. They wouldn’t seem so “coercive” anymore in comparison to a forced abortion or sterilization.

A woman who wishes to avoid pregnancy can use birth control or abstain from sex. There are ways to prevent a pregnancy from the beginning, thus making an abortion unnecessary. A woman’s “choice” to have an abortion could thus have not needed to be made if proper precautions had been in place.

Being against abortion is not just about saving babies and women from harm, but about personal responsibility. All of that goes out the window when we are talking about the situation in China. There is no real choice in a forced abortion. Women are not just coerced; they are forced. To compare the situation in the United States to that in China is not only inaccurate, but a grave disservice to the women who truly have no choice.