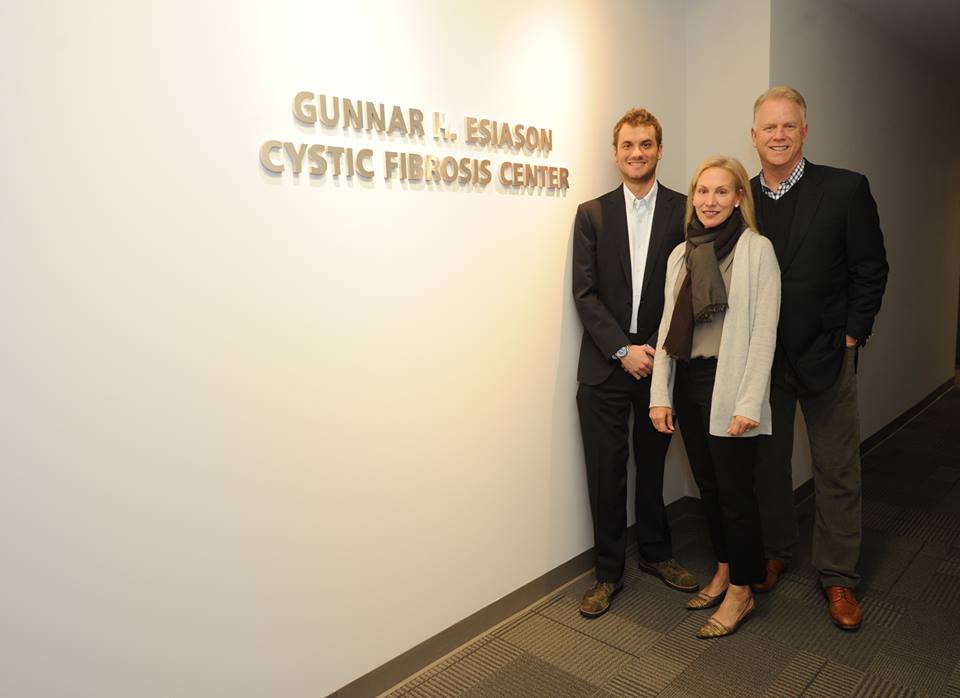 Gunnar Esiason, son of former MVP NFL quarterback Boomer Esiason and the Director of Patient Outreach at the Boomer Esiason Foundation, lives with the genetic condition cystic fibrosis. He took to his blog recently to defend the lives of preborn children diagnosed with cystic fibrosis and other disabilities after the mother of a young boy with cystic fibrosis announced that she would have aborted her son if he had been diagnosed prenatally, and she is suing for wrongful birth.

It isn’t the first time Esiason has taken on Jen Gann, parenting editor for The Cut, a blog from New York Magazine. In August 2017, she used Esiason’s own words about genetic editing to support her claim that her son should have been aborted. Esiason was not pleased, responding:

[…] I think it’s just absolutely asinine that people abort fetuses because of the presence of genetic illness.

If you are someone who would rather abort your child because of his genetic disability rather than fight for him, then your problems are far greater than those of us who actually live with genetic disabilities […]

Now that Gann has written a second article highlighting her missed opportunity to abort her son, Esiason’s voice is getting even louder. Gann recently wrote a piece titled “Every Parent Wants to Protect Their Child. I Never Got the Chance,” in which she refers to her son, Dudley, as “a biological remorse,” states that she “should have had an abortion,” and says “You can’t discuss what happened to me without discussing abortion.”

Esiason, who was diagnosed at age two, is quick to point out that what Gann is discussing and promoting is eugenics, and that it didn’t work out too well when the Nazis did it.

“Somehow Jen is the victim here, and that’s what is so infuriating,” writes Esiason. “[…] I almost don’t have the words to express my overwhelming anger. The real victim here is Dudley because his mother is a monster, the same kind of monster she talks about in the beginning of her story. Eugenics is vile and disgusting, and that’s what we are talking about here. Jen and her husband decided they would practice eugenics the moment they said, ‘If something is wrong… we wouldn’t continue the pregnancy.’ Unfortunately they never got their shot to pick a healthy baby. Eugenics didn’t work for the Nazis. It does not work here. It will never work.”

By suing for wrongful birth and announcing to the world that her son should never have been born, Gann is setting her son up for a lifetime of struggles that extend beyond the ones cystic fibrosis naturally brings. Cystic fibrosis can be relentless in its pursuits to take over the bodies of those who live with it, and one of the key components in battling the condition is a positive attitude.

Gann makes the assumption that Dudley will grow up and be angry that she allowed him to be born, but if she were to actually speak with most adults living with cystic fibrosis, she would learn that despite any hardships, they love their lives and are grateful for each day they are given. Esiason is right to point out to Gann that if this is how his mother is acting now, Dudley is going to have an even tougher time than his peers with cystic fibrosis.

“I fear for Dudley because cystic fibrosis is a brutal, hard life, and he is going to have to live that life with this seemingly shattered support system in tow,” said Esiason. “Thousands of CF patients across the globe are proof positive of the amazing lives we (including Dudley!) can live in the face of overwhelming adversity. Yet he will grow up knowing his mother has victimized herself and her family on the account of him being ‘a reproductive implication’ whose life is already being measured in time. The pity party serves no one, Jen.”

Esiason writes point blank that the lawsuit Gann is pursuing is “an excuse for your failure as a parent.” He says that while she will receive no respect from the cystic fibrosis community, Dudley will be “welcomed with open arms.”

“One day you’ll understand that your son has this illness, that you are not the victim,” he wrote. “[…] You are an embarrassment to the mothers of disabled children everywhere for writing your article in New York Magazine. I am beyond grateful that my own mother has empowered me to find success in living with cystic fibrosis and advocating on behalf of those who are struggling with the condition as I do, without making me feel like I am a victim.”