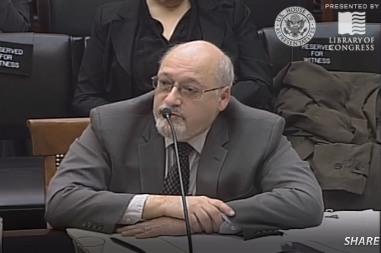 U.S. Representative Steven Cohen showcased his own failure to apprise himself of facts before a judiciary hearing regarding federal funding for abortion on Thursday when he praised the pope for supposedly downgrading Church teaching on the sanctity of life to merely a “part of the Catholic history.”

The pope, he believes, has been “real good” at agreeing with liberal Democrats that the right to life is secondary to the distribution of wealth (and a host of other matters). Apparently Rep. Cohen missed the newsflash that the pope is practicing the same Catholicism that has remained unchanged on life issues for thousands of years. Maybe we can give him points for creativity, but unfortunately the representative flat-out failed in the facts department. Here’s what he said:

The pope has been real good on saying these issues concerning gays and abortion are part of the Catholic history, but they should be kind of lessened in terms of the real big issues which is the great disparity in wealth between the wealthy and the poor… I wonder what either of y’all are doing to try to influence my colleagues to do things about unemployment insurance, to do things about food stamps, and Meals on Wheels and things like that, and maybe tax policy that kind of levels the playing field out so you can do the pope’s work here in the United States Congress. I’m a big fan of the pope’s new positions.

Had Rep. Cohen been asked for the quotes that backed up his imaginary claims about the beliefs of Pope Francis, he would have come up dry. At best, his perceptions were gleaned from ill-informed liberal media pieces that have misconstrued papal statements on the sanctity of human life from the beginning of Francis’s pontificate.

Seemingly unable to decide if he wanted to talk about abortion, homosexuality, wealth distribution, or tax policy, Cohen ultimately settled on demanding an account of how the pope’s so-called “new policies” were being effected in the U.S. But the Catholics in the room did not let the misrepresentation of Pope Francis’s view on life go unnoticed.

Richard Doerflinger, the associate director of the United States Conference of Catholic Bishops’ Secretariat of Pro-Life Activities, had this to say in response to the gross misrepresentation of facts spewed by Cohen:

The dignity of life from the very beginning is so intimately linked with all our other rights, that if you take a wrong turn on that it undermines the basis of all the other rights we are trying to fight for. That has been said by Pope John Paul II, Pope Benedict, and it’s been said by Pope Francis as well. He said the Church is not going to change its position on this. If it changes its position on this, its whole moral logic about the dignity and rights of every human being fall down.

The full conversation is well worth watching, and can be found here. It begins below at 1:39:10.