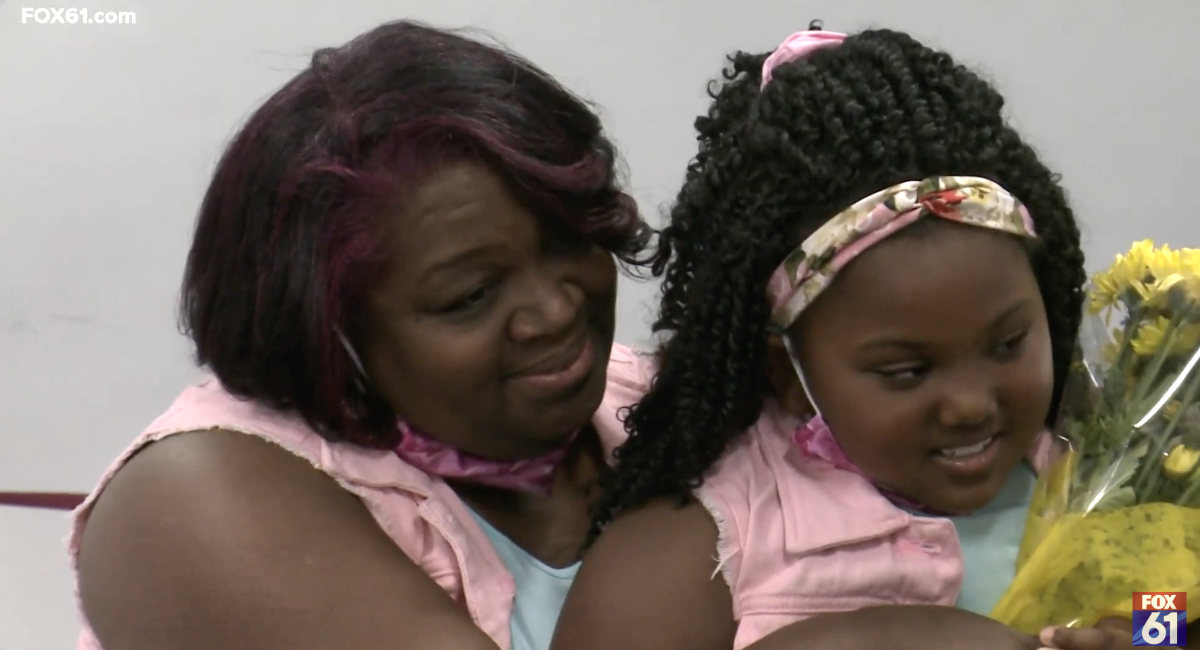 In 2017, little Alivia’s world was shattered. Her mother, Chaquinequea Brodie, and her nine-year-old sister, My’Jaeaha Richardson, were murdered right in front of her. Alivia was just two years old, and despite her young age, she helped police identify her family’s murderer, Anthony Rutherford — her mother’s boyfriend. But today, Alivia has a new woman to call mom, after being adopted in a moving, emotional ceremony.

Since the murders, Corrinna Martin, Alivia’s grandmother, has cared for her. Last week, on National Adoption Day, both told the world how much they mean to each other in the courthouse. Now in second grade, Alivia — who Martin says is the “wind beneath her wings” — has been officially adopted.

“This lady right here is the most special lady I ever saw and I love her,” Alivia said to begin the proceedings, according to the New Haven Register. But it wasn’t easy to get there. Alivia’s biological father fought Martin for custody until his rights were terminated. Alivia was clear about where she wanted to be, though.

“We take care of each other. It doesn’t matter how we look. We don’t fight,” Alivia said, and told Judge Bernadette Conway, “I want this woman right here to be my mom. This woman I know to be the right mom for me.”

Martin, meanwhile, made it clear that her role as Alivia’s adoptive mother does not replace the role her biological mother — Martin’s daughter — played in her life. Alivia calls her “grandmama,” which Martin said is fine with her.

“She came out victorious wanting to do better,” Martin said of Alivia’s mindset after the tragedy. “I draw strength from her… If I’m having a bad day she says, ‘grandma, ‘I love you.'” She told the Register, “She’s just the most lovable, very sweet, bright, charismatic child. She’s one of those children you instantly fall in love with. … She completes me.”

After both of her daughters lost their lives to domestic violence, Martin created an advocacy group to help other victims and raise awareness. Mothers of Victim Equality looks to be proactive about preventing domestic violence, by providing education, advocacy, and engagement, focusing particularly on minority communities.

“This is an adoption hearing none of us are going to forget,” Judge Conway said to conclude the ceremony. “You have made us far more appreciative of everything that’s good in life.”