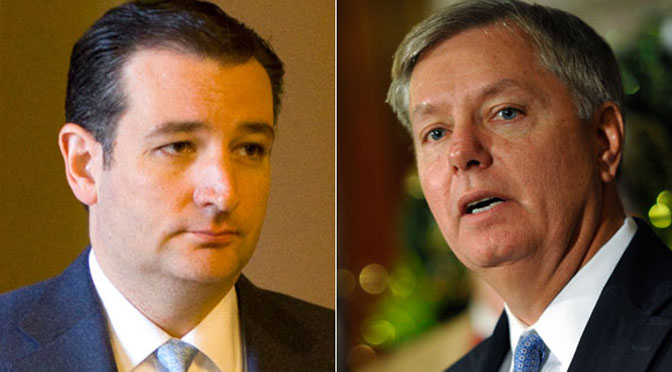 On Thursday, Republican presidential candidate and South Carolina Senator Lindsey Graham delivered a scathing critique of fellow Republicans who take what he sees as an overly hardline stance on abortion.

“I think you can be pro-life as you wanna be, as long as you’re sincere, and as long as you have a reasonable approach to the pro-life issue,” he continued, but warned Republicans would lose the White House if their abortion stance “disconnect[s] us from America at large.”

“How many of you believe that there should be an exception for a woman who has been a victim of a rape and has become pregnant?” he asked. “I don’t believe you can be pro-life and win an election, but if you’re gonna tell a woman who’s been raped she has to carry the child of the rapist, you’re losing most Americans.”

In addition to Cruz’s no-exceptions pro-life stance, he disagrees with Graham on how to defund Planned Parenthood. Cruz has been one of the most aggressive advocates of the government shutdown strategy, while Graham vehemently opposes it. GOP contender Senator Marco Rubio also opposes abortion in cases of rape and incest.

Graham is a generally pro-life candidate who introduced the 20-week abortion ban in the Senate. However, he has received criticism from pro-lifers on a number of related stances. During the confirmation hearings for Attorney General Loretta Lynch, he stressed he did not consider her support of partial-birth abortion a deal-breaker; and following the controversy over the 20-week bill’s rape exception at the beginning of the year, he advocated dropping its reporting requirement.