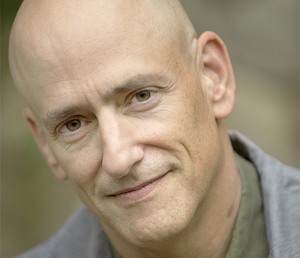 The makers of the ‘Gosnell Movie‘ have announced that author and screenwriter Andrew Klavan has agreed to write the script for the film. The Gosnell Movie, which exceeded expectations by successfully crowd-funding $2.2 million for the film through Indiegogo after being rejected by Kickstarter, hopes to reach as large an audience as possible with a gritty expose on Kermit Gosnell as the world’s least-known serial killer.

Klavan is renowned for best-selling crime novels including True Crime, which was adapted for the film starring Clint Eastwood. Klavan also wrote the novel upon which the film Don’t Say a Word is based. Klavan is also known for his screenwriting of A Shock to the System, starring Michael Caine, among other films and novels.

Gosnell Movie creators sent out an email press release today. “…it’s started to come home to me that we’ve all taken on a huge responsibility,” said Klavan regarding Kermit Gosnell and his “house of horrors” in Philadelphia. “The women who were brutalized by this Gosnell monster — they can tell their stories. But all his victims, all those babies — we’ve got to figure out a way to speak for them somehow.”

Klavan has long been an outspoken and candid advocate for life. In his satirical series, “Klavan on the Culture,” he said:

In exchange for this delightful new right to really get on your kids’ nerves by sucking them out of the womb and tossing their corpses out with the trash, people did have to give up another right: the right to debate the issue freely among themselves, and then elect representatives to make laws according to the moral understanding of their communities.

“We are delighted that Andrew had agreed to write the screenplay,” said the Gosnell Movie’s creators Phelim, Ann and Magdalena. “He is unafraid of the darkest parts of this story and sees, despite all the horror perpetrated by Gosnell, hope and light in the many real heroic characters that finally ensured justice was done.”