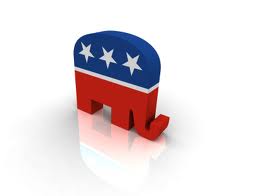 It was reported earlier this week that the Democratic party has rejected a platform, from supporters of their own party, to include a more inclusive plank regarding differing opinions on abortion and the issue of taxpayer funding. Meanwhile, the GOP has approved a platform that is inherently pro-life. The article mentions that sources from Politico say that the platform must be approved by delegates next week for the convention, but that no weakening amendments were added.

The platform, which has been accepted by a platform committee and will likely be by delegates, is not only comprehensive, but also supportive of the pro-life movement. The heart of the platform draws from the Declaration of Independence’s “self-truths enshrined” in the document. It also calls for a human life amendment to the Constitution and for making the Fourteenth Amendment apply to unborn persons.

Further, the platform rejects funding or subsidizing “health care which includes abortion coverage” and continues its stance against taxpayer funding of embryonic stem cell research. It also recognizes recent pro-life legislation attempts and calls for legislation which would ban sex-select abortions and abortion when the unborn child can feel pain.

In addition to such beliefs, the platform “salutes” support systems for women with unplanned pregnancies so that they may choose life. There is also a “salute” for states with or going towards “informed consent” laws regarding abortion.

The draft of the platform is is similar to the 2008 GOP platform, part of which follows.

Faithful to the first guarantee of the Declaration of Independence, we assert the inherent dignity and sanctity of all human life and affirm that the unborn child has a fundamental individual right to life which cannot be infringed. We support a human life amendment to the Constitution, and we endorse legislation to make clear that the Fourteenth Amendment’s protections apply to unborn children.

We support the appointment of judges who respect traditional family values and the sanctity and dignity of innocent human life.

With an abortion platform that is in stark contrast to that to be approved in the final steps by the GOP delegates, the Democratic party has been up in arms over such a pro-life stance.

Admittedly, this is not so surprising, considering how strongly supportive of abortion the Democratic party seems to be, judging from its platform and the opinions of its top leaders. The article from LifeNews reports comments from those involved in the Democratic National Convention and includes a comment from NARAL President Nancy Keenan: “It’s time for Mitt Romney to stand up for women, he should unequivocally denounce the Human Life Amendment in the Republican platform.”

As Keenan is part of the planning for the Democratic National Convention, it is a wonder why she is so involved with – to the point of dictating – what other party is doing with its platforms and its convention – that is, unless her aim is to demonize and attack the GOP and their pro-life views. Also, it makes little to no sense for Mitt Romney to denounce an amendment that a platform committee has approved, that delegates will likely approve, and which many GOP politicians and supporters are behind.

The Democratic party may be quite open about its loud and proud pro-abortion stance, but the fact remains that there is another political party with different views on abortion, and there are voters with different views as well. Democrats such as President Obama, Rep. Wasserman Schultz, and Nancy Keenan may believe that their view on abortion is right, but it does not mean that everyone does.

Such opposition comes not only from the other political party, but from members of their own party as well! Democrats for Life of America is certainly proof of this. Perhaps it would be wise for top politicians and planners of the Democratic National Convention to consider appealing to pro-life Democrats rather than trying to control what the other party is doing with its own convention.