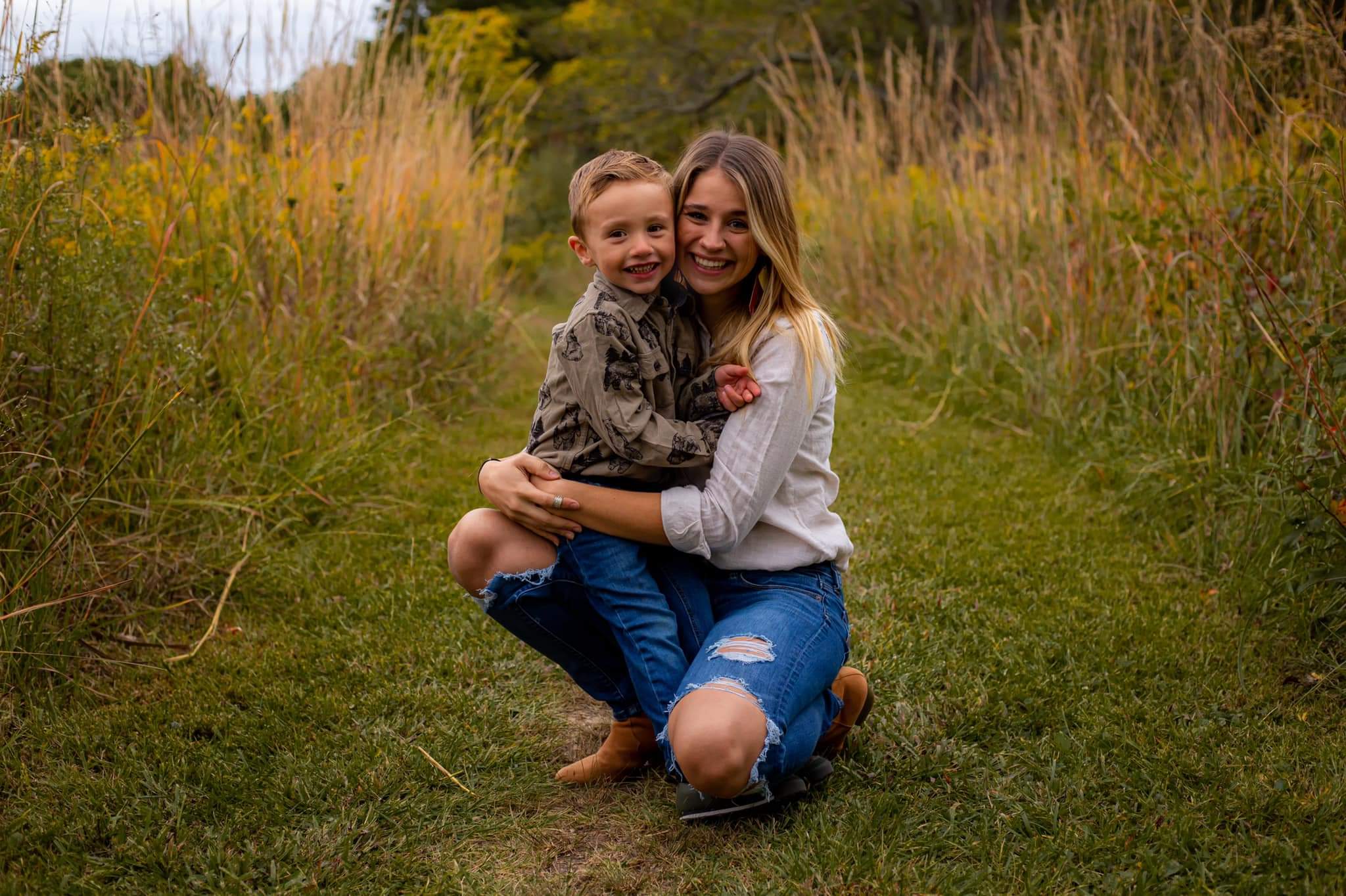 Hope Ruppert never expected to become a mom at 16, but around Christmas of 2015, the Illinois high school sophomore learned she was pregnant. At the time, Ruppert was an active basketball player, and mistakenly believed she would have to leave all her hopes and dreams behind. But thanks to the support of her family and friends, Ruppert instead continued her athletics in high school and went on to become a successful single mother and college student.

“I grew up in a very religious family,” Ruppert told Live Action News. “My dad was a youth pastor, and sex before marriage was definitely something that was not okay in my family.” The first person to learn of Ruppert’s pregnancy was her sister, Hallel.

Ruppert recalled that her sister later told her, “When you saw the positive pregnancy test, I could almost see your demeanor change, almost this sense of ‘this is real, this is happening.'”

Ruppert kept her pregnancy a secret from the rest of her family for the first two or three months, but then she told her parents. “They were both very upset, and at the same time extremely supportive,” she recalled. “I didn’t tell anyone else outside the family until I was about seven months pregnant. I wore baggy clothes, and headed straight home from school each day.”

READ: Teen mom canceled abortion: ‘Children are NOT a detriment to our success’

Despite this, Ruppert said her biggest worry wasn’t how others would react, but “more that I had to get over myself, the belittling I did to myself. I was my own worst critic.”

But while Ruppert was dealing with these emotions, she had a great deal of love and support around her. “My biggest support was my mom,” she told Live Action News. “As soon as she found out, she said, ‘We’re going to get through this,’ and she showed that constantly while I was pregnant. After I had Ren, my parents were always willing to watch my son.”

This included caring for Ren while cheering from the stands as Ruppert played on the court. Ruppert said her community and church family were also supportive, and her high school arranged for a daily tutor to help her continue her education for three months after Ren was born.

“I was able to continue with school, keep up my grades, keep all A’s, and get into the National Honor Society,” Ruppert recalled.

Ruppert said that “becoming a mom matured me beyond my years, and it gave me compassion. I also learned through my motherhood more of who I am as a person.” At the same time, she acknowledged that the transition from high school student to mom included plenty of challenges.

“I did, in a sense, lose a part of who I thought I was [because when I got pregnant] I was a child,” she said. “Almost overnight, things that used to be the most important to me, like going to dances or sports games, became ‘how things used to be.'”

Over the course of the pregnancy and her motherhood, she’s realized, “I’m still me, but there are certain aspects of me that this child will require more of.” She continued, “I learned what I’m capable of. Being a single mom, you have to play both roles. I’m constantly asking myself, ‘Did I do the right thing for my kid?’ I’m always thinking for two, how my actions might affect him.”

She noted wryly, “I’m not a normal 22-year-old. My weekends consist of jumping on a trampoline and chasing a four-year-old.” But in the end, she says, “When your child tells you you’re doing a good job or even nonverbally acknowledges you, that makes it all worth it.”

Today, she adores being a mom to Ren. “It’s the most challenging, yet rewarding thing that I will do. I always say that we both grew up together.”

Ruppert’s teen pregnancy may not have been the norm, and neither are her accomplishments since then. She has received two associate degrees from a local community college, recently finished her junior year at a four year university, and is on track to complete her Bachelor’s degree next spring. She also told Live Action News that she bought a house last year, something she acknowledges “isn’t a typical thing for a 21-year-old with a child!” Ruppert feels “very blessed” to “hav[e] a place to call our own.”

Thinking back on what she would say to her teen self — or to a teen in a similar situation — Ruppert says no matter what, there is a purpose for what happens in life.

“There’s a light at the end of the tunnel,” she told Live Action News. “I remember asking God, ‘Why me?’ You know, of all people, ‘why me?’ God has a purpose, and you might not be able to see it right now, and it might feel so overwhelming at this point in time, but there are such big, incredible things in store for you and your child. And you will be blessed. I am someone to preach of that, and know that things all worked out.”

Ruppert added that it’s crucial for young women experiencing unplanned pregnancies to really feel supported so that they can choose life for their babies.

“People always preach ‘Support life. Life’s important’ in regards to giving life and choosing to have your baby, but they don’t always remember to treat those girls as if they are proud of them for having their baby and acknowledging that they are doing something that others choose not to do.”

“Being supportive in everything and definitely practicing what they preach and remembering that those girls are choosing to take care of a child, they are choosing life, and that’s the most important decision of all,” she added. “That’s something that’s worth supporting…. [If] you support life, then you need to support the mother who isn’t choosing the easy road. They’re standing by a very important decision.”