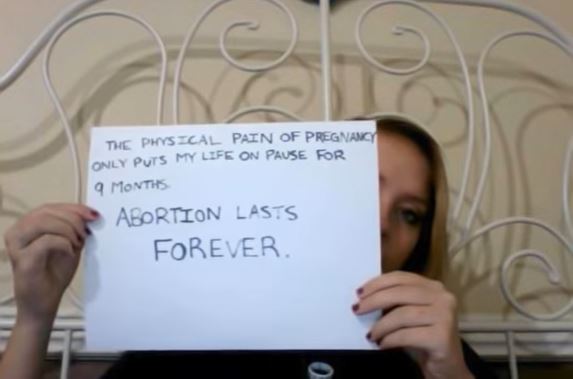 A teenage birth mom’s video message to her newborn son, whom she was placing for adoption, has gone viral years after her story first became public knowledge. Hannah Mongie, 19 at the time, shared her pro-life message to the world in a separate video that detailed why she chose life and how she was conflicted on whether or not to choose adoption.

Since that time, Mongie has been invited to talk shows, including The TODAY Show with Megan Kelly, where she and her son along with his adoptive parents, Brad and Emily Marsh, shared their beautiful story. By filming her message to her son, Mongie shared with the world all of the emotions that birth mothers go through when placing a child for adoption. 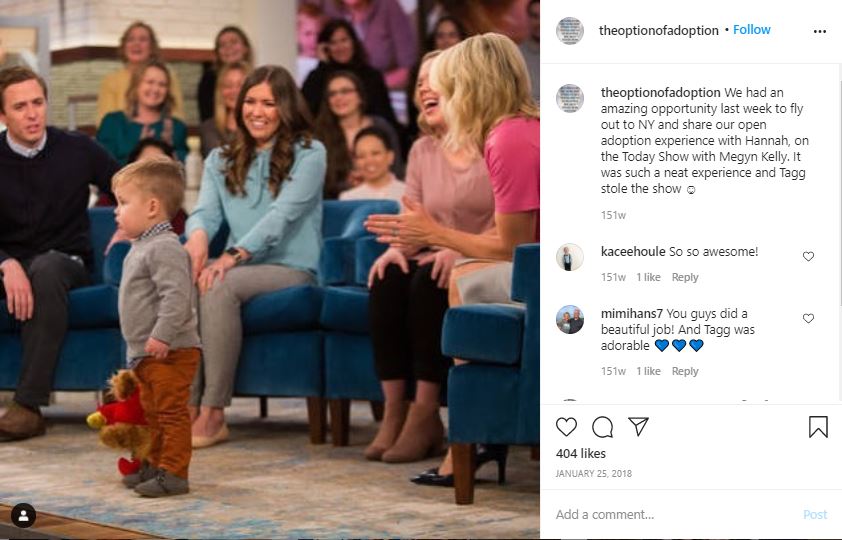 Mongie was about to go off to college when she learned she was pregnant. The baby’s father supported her and they decided to try and stay together for the baby. But then the unexpected happened. One morning, Mongie received a phone call from her boyfriend’s mother. He had passed away in his sleep from an unknown cause and Mongie was “devastated.”

“After all of the craziness and heartbreak of his death, I was faced with the hardest decision of my life,” she explained. “Whether or not I should raise this baby or place him with a family for adoption. Never once though did I let abortion become an option for me.”

Mongie was 22 weeks pregnant when she made the video below, in 2015, and was still unsure if she would place her son with another family. “[…] I am still faced with the hardest decisions I might ever have to face in my life,” she said. “But abortion will NEVER be one of those decisions. […] The physical pain of pregnancy only puts my life on pause for 9 months. Abortion lasts forever.”

Mongie said that while she understands the concerns and inconveniences of being pregnant — especially unexpectedly pregnant — the baby is a separate human being from the mother. He has his own body, and that body and life deserve to be protected. She said the pregnancy was hard physically, but that she was the protector of this little boy. No matter how much she suffered, she did it for him.

“I know that HE is not my body. HE has a mind and a personality of his own,” she said. “I am his protector.”

“This little boy, my sweet baby James, is just as much of a human being as I am,” she added. “I have my rights, and he needs his.”

Ultimately, Mongie chose adoption for her son, and rather than write a letter to him, she filmed an emotional goodbye video that has been viewed more than three million times and gained her national attention (shown below). In the video, she explains to him why she chose adoption, with heartbreak in her voice. She told him how much she loves him and how much his dad loved him and that he had hoped for a boy.

Brad and Emily Marsh have adopted two other boys through open adoption and share their adoption journey with followers on Instagram. “After some adoption education courses we learned about the MANY benefits to open adoption,” Emily wrote on Instagram. “We learned how great it […] is for these children to know and have a relationship with their birth mothers – having a better understanding they were placed out of love, a very selfless love. Not feeling questioned or abandoned, or “unwanted”. We have been blessed with amazing, beautiful birth mothers that have been SO easy to continue to develop and maintain relationships with. We have found so much of the success in our relationships come from a mutual desire to have a healthy relationship, having the boys’ best interest in mind, always, and having a great respect for each other’s vital, important role in their lives.”

The world cannot dim the love birth mothers have for their children, and Mongie’s son will never doubt the depth of his own birth mother’s love and self-sacrifice.