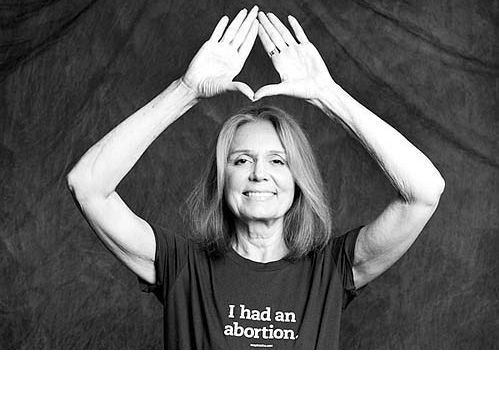 For fifty years, Gloria Steinem has been one of America’s most visible abortion advocates. Apparently she’s also a Jay-Z fan.

A frequent guest at Planned Parenthood fundraisers, Steinem praised the abortion giant during a 2013 Oklahoma City event for operating while “under siege.” She went on to decry the problems of sexual exploitation, physical abuse, and gendercide. Ms. Steinem picked an excellent venue to discuss these issues. After all, Planned Parenthood has a history of promoting all three.

Many sex offenders are desperate to cover up their crimes, often threatening victims if they come forward. Impregnating a victim is especially problematic, since paternity tests tend to be something of a give away. The good news (for predators) is that Planned Parenthood provides a way out through their don’t-ask-don’t tell abortion policy.

In 2012, Coloradan Timothy Smith pled guilty to sexually abusing his step daughter. When she became pregnant with his child, Smith took the 13-year-old to a Planned Parenthood of the Rocky Mountains abortion facility. Although state law requires Planned Parenthood to notify the authorities when abuse is suspected, no such notification was given. Nor was any effort made to inform the victim’s mother. Instead, she was released back into the “care” of her abuser.

While this was no doubt an horrid experience for Smith’s step-daughter, it was nothing new for Planned Parenthood. Multiple cases have come to light in which Planned Parenthood staff have performed abortions on abused children and failed to notify the authorities. Employees have also been caught offering to arrange involuntary abortions on child prostitutes who “can’t speak English” and “won’t know what’s going on.”

Of course, sexual abusers aren’t the only criminals who make use of Planned Parenthood. According to one study, more than half of women who seek abortions do so under pressure, sometimes facing violence when they refuse. While you may be put off by the thought of violence against women, Planned Parenthood seems to have a different perspective. In fact, their staff members have been encouraging teenage girls to accept it.

As Live Action has demonstrated before, Planned Parenthood is encouraging teens to embrace violent, unsafe sexual practices. The most recent example came from Denver (at two facilities also operated by Planned Parenthood of the Rocky Mountains) where a Live Action investigator posed as a 15 year-old looking for sex advice. She was told to experiment with bondage, whippings, and asphyxiation. The fact that people have been killed while engaging in that last activity was evidently not a concern.

The investigator was also advised that the word “stop” may be less than ideal during sex, as her partner might wonder, “Does she really mean ‘stop,’ or does she mean, you know, whatever?” That silly business about “no” meaning “no” seems to have fallen out of fashion.

Then there’s gendercide. Steinem pointed out that in some parts of the world, “there is a son surplus and a daughter deficit because of female infanticide.” What she forgot to mention is the role that sex selective abortion plays in this equation.

With a cultural preference for sons, many girls in Asia don’t make it past their first ultrasound. Far from being disturbed by this practice, Planned Parenthood is ready to facilitate it. The organization is opposed to laws against sex selective abortions while their staff is more than willing to set these abortions up. No matter what Gloria Steinem says, this is an odd organization for women to take pride in. And speaking of taking pride…

Ms. Steinem characterized her own abortion as a “positive experience.” Planned Parenthood views abortion as something to celebrate. In 2013, Planned Parenthood of the Rocky Mountains awarded a certificate to its Aurora office for increasing the number of abortions over the previous year. Despite criticism for using the term “pro-abortion,” it’s hard to come up with a better expression when awards are given out for doing more of this.

Last year, Steinem was awarded the Presidential Medal of Freedom. President Obama declared that, thanks to her efforts, “more women are afforded the respect and opportunities [they] deserve.”

If Gloria Steinem truly wants to combat sexual abuse, gendercide, and violent relationships, there are two simple things she can do. First, stop raising money for Planned Parenthood. Second, sign Live Action’s petition to end the half billion dollars in federal funding the organization receives.

The fact remains: there are many groups and individuals who are helping protect women, but her friends at Planned Parenthood aren’t among them.

Unlike Planned Parenthood, Live Action doesn’t get hundreds of millions of dollars in forced taxpayer funding to keep us going. We rely completely on the generosity of our donors. Please give to Live Action today!