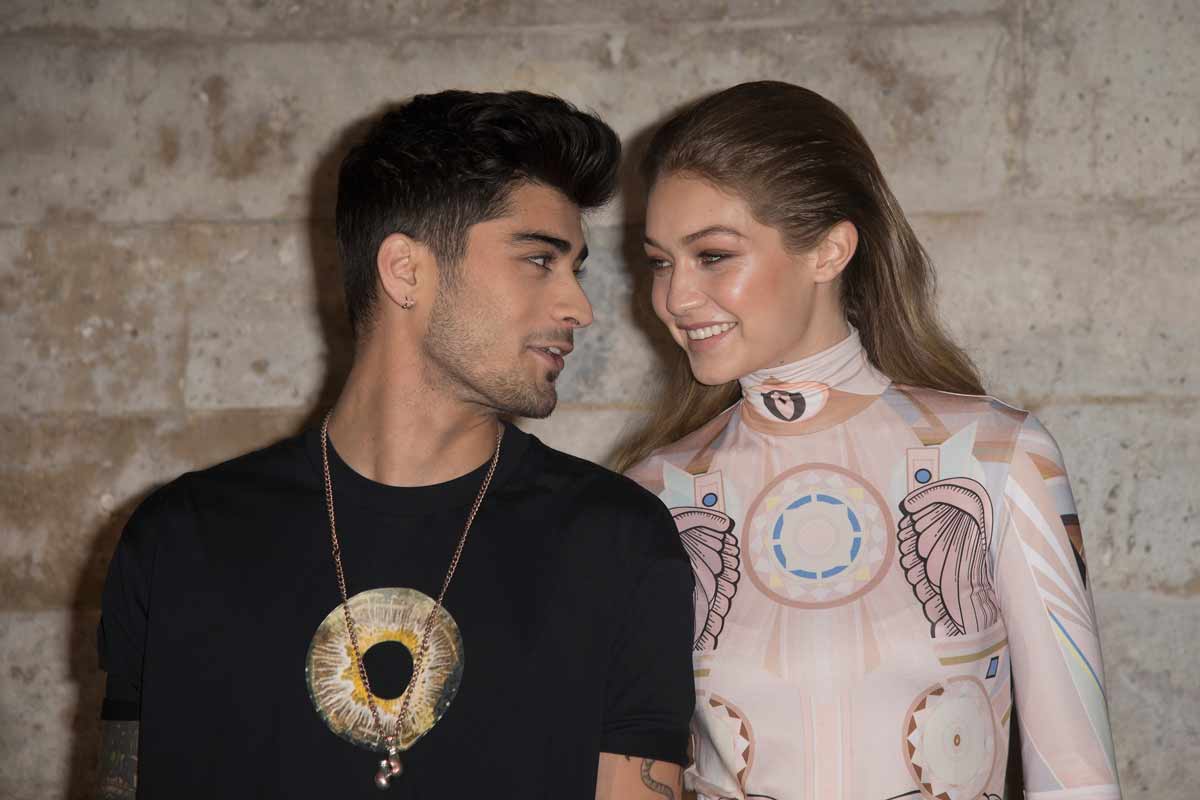 Supermodel Gigi Hadid and former One Direction member and singer Zayn Malik are reportedly expecting their first child. Remarks from Twitter users reacting to the news reflect (perhaps unintentionally) pro-life ideals, and point to the fact that everyone knows intrinsically that preborn children are real human beings.

While the couple has yet to announce the pregnancy publicly, her mother confirmed the pregnancy, and the news spread on social media platforms and entertainment-focused websites, like Entertainment Tonight, TMZ, and US Weekly. The couple has been dating since 2015, and this news sent them trending on Twitter as fans sent their congratulations. Hadid is reportedly 20 weeks along.

“[M]e falling in love with a baby who’s not born yet,” wrote one Twitter user, showing the sentiment mothers often feel when they first see their baby on the ultrasound or hear his heartbeat. Ultrasounds have a profound impact on new mothers, and often lead abortion-minded women to choose life. Ultrasounds are a window into the womb, showcasing the life that exists before birth. 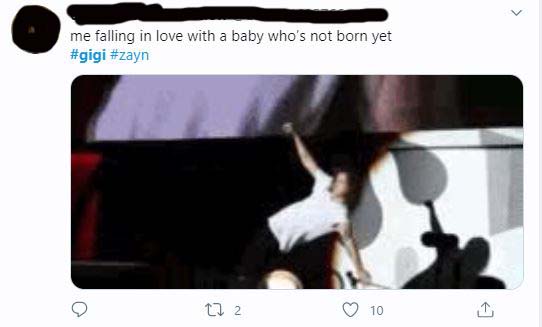 READ: Former model in labor responds to Michelle Williams: ‘Babies do not keep us from our dreams’

Another fan tweeted admiration for the preborn child’s presumed beauty, saying, “The fact that zayn and gigi’s kid is already the prettiest baby and it’s not even born yet.” And this is based in scientific reality; from the moment of fertilization, human beings have characteristics such as hair color, eye color, and facial features already determined. 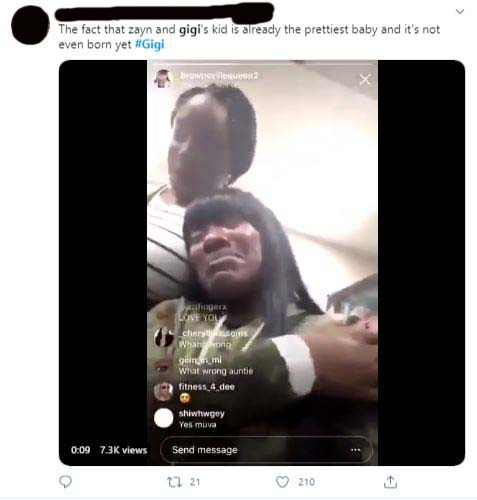 Another Twitter user shared a GIF depicting what the preborn child was doing in her mother’s womb. “pov [point of view] you’re in gigi’s womb rn [right now] knowing how blessed and famous you’re going to be with gigi hadid and zayn malik as your parents”. 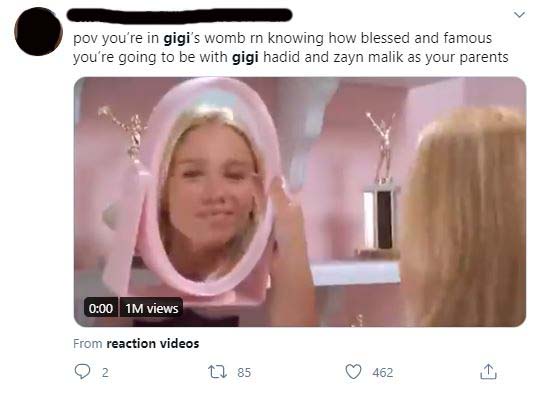 The consensus on Twitter seemed to be that this baby who “ain’t even born yet … already won at life,” because of who his or her parents are. Again, a fan points out what the abortion industry hates to admit: that life begins before birth. 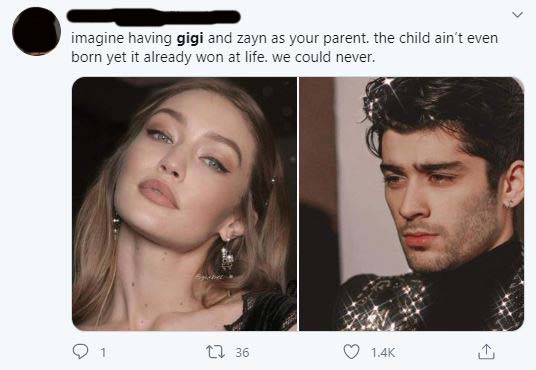 And finally, one Twitter user shared an image of a pregnant woman placing what they assume to be headphones on her belly with the caption, “gigi making their child listen to zayn high notes.” This, of course, is an accurate depiction of what parents often do during pregnancy: play music to their preborn children, who are known to recognize certain voices and songs after birth, which they heard while in the womb. 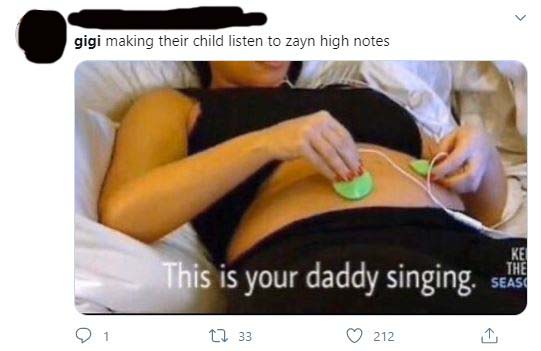 Despite all of the happy pro-life comments circulating Twitter about Hadid and Malik’s preborn baby, there were also some naysayers whose belief that Hadid has now lost her career is one of the sexist ideas that fuels the abortion industry. 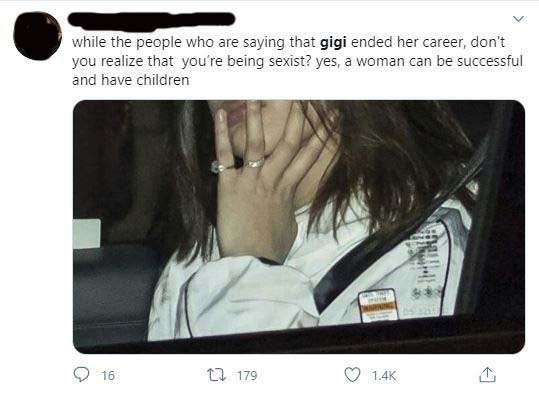 Pregnancy and motherhood do not indicate the death of one’s career, even for a supermodel. Victoria’s Secret model Adriana Lima has been a mother for a decade, and she still has a strong and solid career. Models Alessandra Ambrosio, Behati Prinsloo, and countless others have all continued to have career success after giving birth.

Comments that claim Hadid would be crazy to have a baby now because it would ruin her career are examples of the bullying tactics used by abortion businesses to pressure women into aborting their babies. Women are capable of great things — including having a career and children simultaneously.