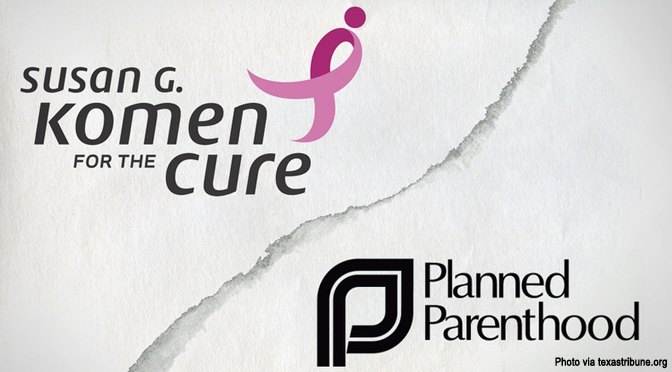 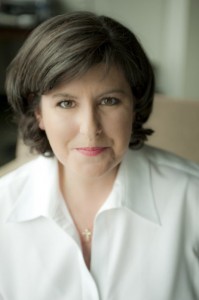 This week, Georgia held a special election to fill the Georgia district seat vacated by Tom Price, who Donald Trump chose as his Health and Human Services Secretary. Eighteen candidates ran, but none of them received a majority of the vote, meaning that Democrat Jon Ossoff and Republican Karen Handel will be competing in a runoff in June.

Ossoff is not a particularly well-known name in political circles, but he is a pro-abortion Democrat who supports Planned Parenthood. Pro-lifers, however, will undoubtedly recognize Handel’s name: she was not only Georgia’s very first Republican Secretary of State; she also previously served as the senior vice president of public policy for Susan G. Komen for the Cure, and it was during her time there that Komen decided to phase out their grants to Planned Parenthood. Planned Parenthood and its allies in the abortion lobby immediately mobilized against Komen; a bullying campaign convinced Komen to reverse its decision, and Handel was out. But now that she is in the public eye again, pro-abortion advocates are eager to use the Komen controversy against her.

At “Slate,” pro-abortion extremist Amanda Marcotte wrote an embarrassingly inaccurate screed (what else is new?) in which she claimed that Handel “made her name destroying the reputation of Susan G. Komen Race for the Cure.” The problem is, Marcotte couldn’t even get the most basic facts of the situation right.

“In January 2012, the Komen foundation, as it’s typically called, quietly announced that it was terminating a $700,000 grant made to a number of Planned Parenthood clinics to fund mammograms and other breast cancer-related services,” she began. This is true: Komen had been providing grant money to Planned Parenthood to fund mammograms and breast cancer-related services, yes.

The problem was, Planned Parenthood didn’t actually provide those services. They didn’t perform mammograms and never had; they merely put in referrals to health care providers that did, and Komen felt that their money would be better spent cutting out the middle-man, so to speak.

In addition to this common-sense approach, most of the Komen board was comprised of left-leaning, pro-abortion Planned Parenthood supporters. This was not an attack on abortion or Planned Parenthood; it was an effort to save money. But Marcotte acknowledged none of this.

“Suspicions immediately arose in the women’s health care world that Komen was responding to political pressure from conservative Christians who wished to stigmatize Planned Parenthood,” she continued. Marcotte then made the dubious claim that the decision was, indeed, political, and of course, it was all Handel’s doing. Marcotte made sure to include a statement from Planned Parenthood, who is, as always, eager to play the victim:

“Karen Handel failed spectacularly as a Komen executive and would fail again at representing Georgians,” said Dawn Laguens, the executive vice president of the Planned Parenthood Action Fund, in a statement emailed to Salon. “Blocking access to care at Planned Parenthood is extremely unpopular and Handel is out of touch with the majority.”

While Marcotte and Planned Parenthood were eager to paint this as a huge faux pas for Komen, and a PR disaster, it wasn’t for the reasons they claim. Planned Parenthood immediately unleashed a bullying campaign against Komen, but it was unsuccessful — donations to Komen actually increased, despite the media blitz from Planned Parenthood smearing the organization.

Ultimately, though, Komen caved to the Planned Parenthood bully campaign, reversing its decision. Handel left Komen, and Komen paid dearly for it. The organization’s donations plummeted. None of this is acknowledged by Marcotte, though.

She then continued on to sneer at the idea of a link between breast cancer and abortion, insisting that it not only doesn’t exist, but that the link was also invented by pro-lifers as some kind of imagined punishment for the sin of abortion. “Handel is someone who blew up her employer’s reputation in order to pander to the Christian fundamentalists who see breast cancer as the ‘wages of sin’ coming to a woman who chooses abortion,” Marcotte concluded. However, Marcotte is once again leaving out vital information — such as the fact that multiple studies have, in fact, found a link between breast cancer and abortion.

This kind of malicious, baseless attack on a pro-life woman is to be expected from a pro-abortion extremist like Amanda Marcotte, who compared having an abortion to removing a cavity. We can only hope, however, that Georgia voters will not fall for the lies of Planned Parenthood and its allies, and instead, will seek out the truth.