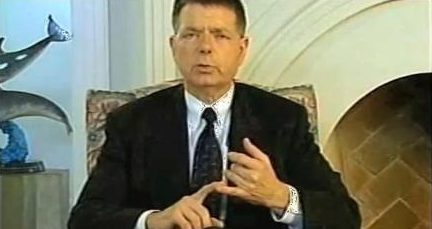 Last month, abortion activists remembered the anniversary of the murder of George Tiller, one of the few abortionists willing to commit late-term abortions in the country. While Tiller was at church, Scott Roeder walked up to him and shot him at point-blank range. There is no question that this act of violence was horrific; there is no justification for killing a human being, and Tiller’s murder has been condemned by pro-life groups.

20 years later, abortion advocates are commemorating this despicable act of violence by lionizing Tiller and urging people to fight for Tiller’s legacy. “[T]hose of us inspired by his motto, ‘Trust women,’ aren’t going anywhere,” Lauren Rankin, an abortion facility escort, wrote in the Washington Post. “We should take the anniversary of Tiller’s death as a reminder of what we’re up against, and his life as a source of courage to continue his work.” Newsweek, meanwhile, ran a glowing article about Tiller and the Trust Women Foundation, formed after his murder, calling Tiller a “compassionate” and “principled” man. The New York Times even called him St. George Tiller.” At The Cut, Tiller was described as a “hero” to his patients.

But was he really? While nothing will ever excuse his murder, it’s also important to be honest about Tiller’s legacy. In this video, Tiller sums up his mindset. “The woman is the patient,” he says. “The fetus is the problem.” He also admitted that his “process” was “not allowed in any hospital.”

While a small handful of patients have spoken to media outlets with glowing reviews, others have had less than positive experiences, including coercion and callous treatment by Tiller’s staff. One woman, who went by Patient A, talked about how she was the last to undergo an abortion that morning, and though she was told she wouldn’t remember anything, she did — including a horrific memory of what Tiller did to her child. “They all literally looked like zombies just lying there. It was creepy,” she said of the other patients. “I was not allowed to have my husband come back to see me or comfort me. Finally it was my turn. I was taken in and given a drug to almost knock me out. It’s one where they say you don’t remember things, but I do… I can remember him [Tiller] half delivering my baby, jabbing the scissors into his head and killing him, then just kind of throwing him to the side and finishing up.”

Patient A was 26 weeks pregnant, far enough along that her baby would have been able to survive if he had been born alive and given medical care.

READ: Women tell horror stories of abortions they had at Dr. Tiller’s clinic

In a speech Tiller gave to the National Abortion Federation, he also admitted that the overwhelming majority of abortions he committed were on healthy babies, saying, “We have some experience with late terminations; about 10,000 patients between 24 and 36 weeks and something like 800 fetal anomalies between 26 and 36 weeks in the past 5 years.” He also used a full-sized crematorium to burn the bodies of the babies he killed.

“He called out for me to come and help him. the box was so big and heavy in his arms that he couldn’t get the key into the lock,” former employee Luhra Tivis said. “So I unlocked the door for him, and, pushing the door open, I saw very clearly the gleaming metal of the crematorium- a full sized crematorium, just like the one’s used in funeral homes. I went back to my computer. I could hear Dr. Tiller firing up the gas oven. A few minutes later I could smell burning human flesh.”

There were also staffers working under Tiller’s supervision who did less-than-compassionate work. Notorious abortionist LeRoy Carhart, while working for Tiller, killed Christin Gilbert, a young woman with Down syndrome, leaving her to suffer for days while ignoring her family’s pleas for help. The horrible 911 call shows that Tiller’s staff delayed emergency officials, stalling rather than disclosing the true nature of the emergency.

Ann Kristin Neuhaus was another associate of Tiller’s, and she helped him commit illegal abortions. Neuhaus was stripped of her license to practice medicine, and before that, she had been accused of forcing a patient into an abortion after she withdrew consent. Her license was revoked, though, because of the scheme she ran with Tiller, rubber-stamping mental health forms for underage girls between the ages of 10 and 18, claiming they were suicidal — and therefore “needed” abortions. Between 2002 and 2003, he only informed police of one incidence of child rape, despite seeing numerous young girls. As for Neuhaus, she did not conduct proper mental health evaluations, merely checking “yes” or “no” on a computer form, and in numerous cases, didn’t fill the forms out until after the abortion had already begun. During her trial, evidence was introduced showing that she and Tiller were committing illegal abortions.

There is nothing that Tiller could ever have done that excuses his murder. No human being deserves to have violence committed against them, and his death will continue to be condemned by the pro-life movement. However, the reality is that Tiller was not a compassionate saint, and he should not continue to be lionized by the abortion movement because of these and many more problematic accounts.