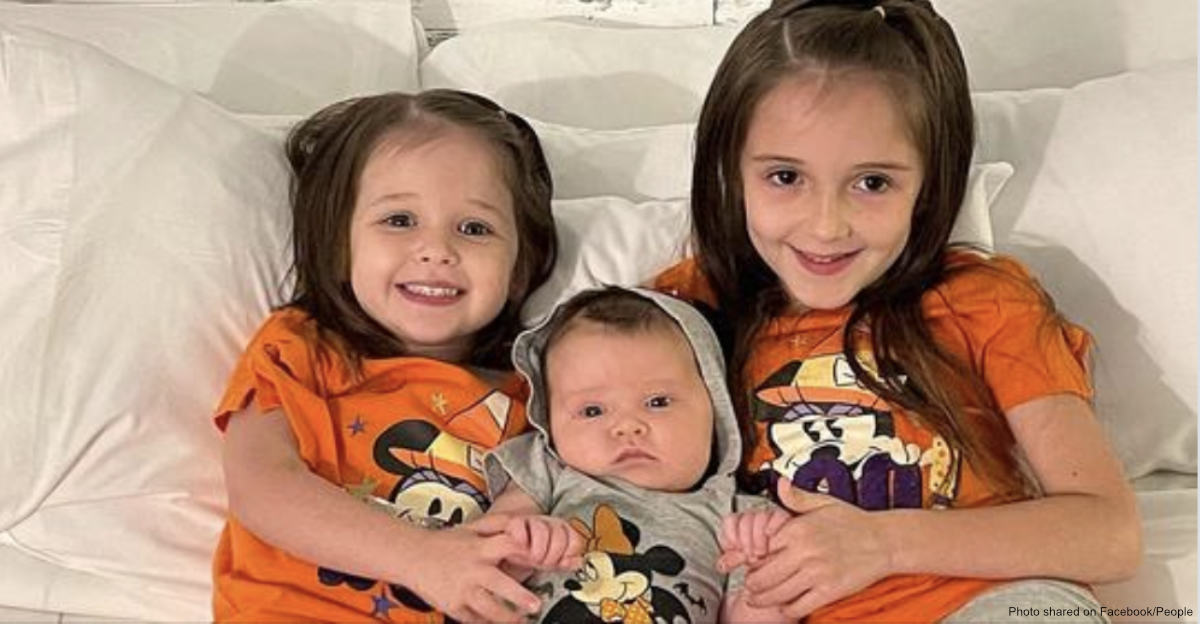 One mom is going viral for an exceptional reason: she gave birth to three daughters on the exact same day, but three years apart. “Divine intervention, fate, loved ones up above,” mother of three Kristin Lammert told Click Orlando in response to the almost-miraculous coincidence of having her three girls on the precise same date — all in different years.

While some children might not like sharing their birthdays, the Lammert girls seem to love it. 6Park News reported, “Sophia, her oldest daughter, kept saying that all she wanted for her birthday was another sister, and that’s exactly what she got. The six-year-old has no problem sharing her special day – quite the opposite, in fact!”

She thinks that it’s very special. She just loves that she’s sharing her birthday with her sister because she’s now had three birthday parties that have been joint birthday parties. I get them separate cakes so they each have candles to blow out. We try to separate it but make it a joint party at the same time. That way they both feel like special birthday girls.

READ: WOW: Canadian mom gave birth to baby while she was asleep

The TODAY show story about the family explained that the odds are stacked well against this occurring.

“It is extremely rare. … We’ve spoken to some statisticians and they say it’s really hard to calculate,” Dr. Christine Greves, an OB-GYN at Orlando Health Winnie Palmer Hospital for Women & Babies, who is not Lammert’s doctor, told TODAY Parents. “The Guinness Book of World Records holder is a family that have five siblings born on the same day and they listed that as being about one in a 17 billion chance.”

Greves also noted that just 5% of babies are born on their due dates. Sophia was born two weeks after her due date on August 25 when Lammert was induced. When Lammert learned she was pregnant with Giuliana and her due date was Aug. 29, she suspected Giuliana could arrive sooner.

Because Kristin contracted COVID-19 at 10 weeks into her pregnancy, as well as pre-eclampsia, doctors were monitoring her closely for complications, which may have contributed to the early birthday for Mia. Kristin said her doctor told her Mia “could come up to two weeks early. That’s when I looked at the calendar and I remember turning to my husband and saying, ‘Oh my gosh, Nick, two weeks before the due date is Aug. 25.’”

And so it was, as Lammert Girl #3 entered the world also on August 25.

The Lammerts say there was a small amount of planning involved in the girls’ birthday, in that they did want August babies — between major holidays — and they wanted them three years apart, but they didn’t try to orchestrate the extremely rare timing, even with Lammert having been induced. “The date doesn’t just automatically line up,” she said. “My doctors were not going to induce me just because the date sounded cool.”

Editor’s Note: This article originally listed August 21 as one of the birth dates. This has been corrected, and we regret the error.