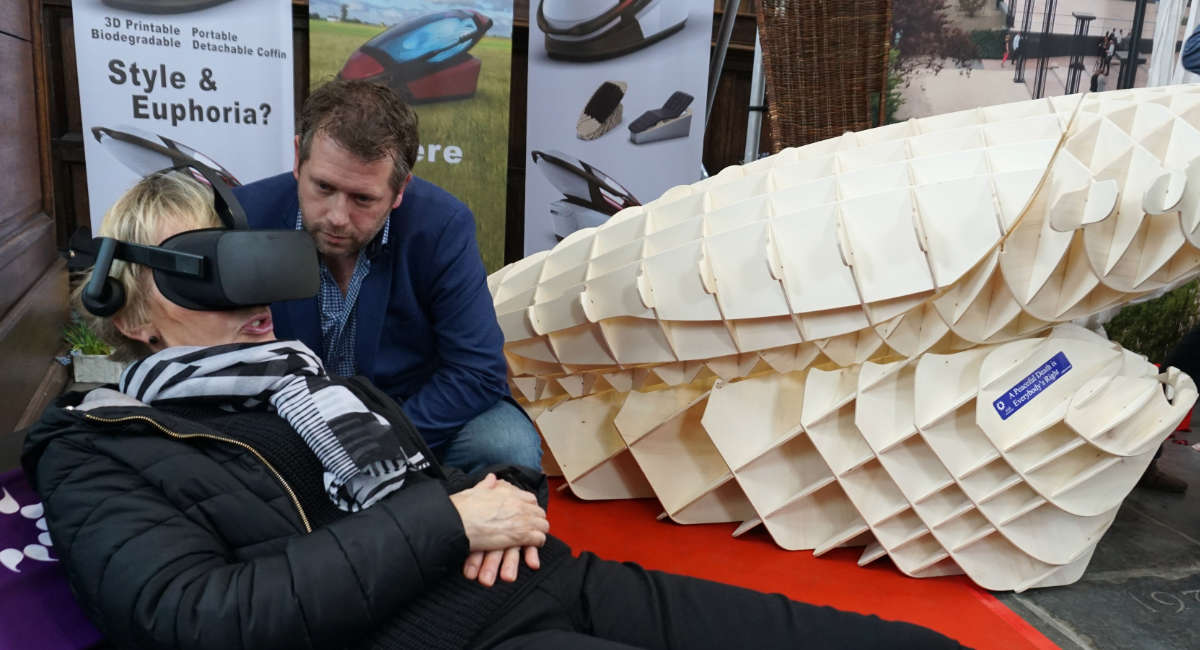 (Right to Life UK) The creator of ‘suicide capsules’, which gas the user to death, is lobbying members of the Scottish parliament to make use of his machine should Scotland make assisted suicide legal.

The capsules, dubbed ‘DIY death pods’, are called ‘Sarco’ pods. They were created by former physician, Dr Philip Nitschke, and were launched in Switzerland where assisted suicide is legal. In an interview with SWI swissinfo.ch given in 2021, Nitschke said “It’s a 3-D printed capsule, activated from the inside by the person intending to die. The machine can be towed anywhere for the death”.

“The person will get into the capsule and lie down … They will be asked a number of questions and when they have answered, they may press the button inside the capsule activating the mechanism in their own time”.

Describing the actual manner of death, Nitschke said “The capsule is sitting on a piece of equipment that will flood the interior with nitrogen, rapidly reducing the oxygen level to 1 per cent from 21 per cent in about 30 seconds. The person will feel a little disoriented and may feel slightly euphoric before they lose consciousness. Death takes place through hypoxia and hypocapnia, oxygen and carbon dioxide deprivation, respectively”.

Nitschke is not the first person to invent and promote the use of a suicide machine. In the 1990s, Jack Kevorkian built a “death machine” in his van and helped over 100 people commit suicide using it. In 1999, he was convicted of murder.

According to the Scottish Daily Express, Nitschke has written to Liam McArthur, the Liberal Democrat MSP who has launched an assisted suicide Bill in Holyrood, urging him to adopt his ‘DIY death pods’.

However, Chief Executive of Care Not Killing, Dr Gordon Macdonald, was deeply alarmed by this proposal saying “Ordinary people will be shocked and appalled at Philip Nitschke’s attempt to lobby for the use of his personal gas chamber should Scotland legalise assisted suicide and euthanasia”.

He also said that this “shocking” suggestion was “not the most worrying part of the debate” pointing to countries like Canada where assisted suicide can “spin out of control”.

He said “You can now have your life ended if you are suffering from mental health conditions such as treatable clinical depression, PTSD, disability, diabetes and a combination of other ailments.

“Indeed last year, 1,700, mainly elderly, people cited loneliness as a reason for their euthanasia, while we have seen applications from disabled people who are struggling to pay for the cost of their care, even a homeless man who no longer wants to live on the streets”.

While Nitschke suggests that death would take five to ten minutes, physicians from countries that have already made assisted suicide and euthanasia legal tell a different story. Dr Brick Lantz, orthopaedic surgeon and state director of the American Academy of Medical Ethics, emphasised that it is not uncommon for an assisted suicide to go wrong.

“The failures are brutal when someone fails assisted suicide and the failures are not infrequent. In fact, there was one that woke up from a coma after multiple days. There was a nurse at the bedside of one who ended up putting a plastic bag over the patient to kill the patient because they weren’t dying”, he said.

In 2021, 10,064 people ended their lives by assisted suicide and euthanasia, an increase of over 32% from the previous year, accounting for 3.3% of all deaths in Canada.

According to the latest report on Medical Assistance in Dying  from Health Canada, 17.3% of people also cited “isolation or loneliness” as a reason for wanting to die. In 35.7% of cases, patients believed that they were a “burden on family, friends or caregivers”.

End-of-life concerns are not medical

Right To Life UK spokesperson Catherine Robinson said “The data from Oregon and Canada both show that assisted suicide and euthanasia are being used as a ‘solution’ to social and psychological problems. People suffering from loneliness, or who fear being a burden or losing autonomy, are not suffering from a medical condition. Our society should not be encouraging people to end their lives as a ‘solution’ to these problems but this is exactly what the ‘DIY death pod’ does. As Dr Macdonald rightly says, the focus should be on palliative care and not a ‘dangerous and ideological policy’ that threatens the lives of the most vulnerable”.