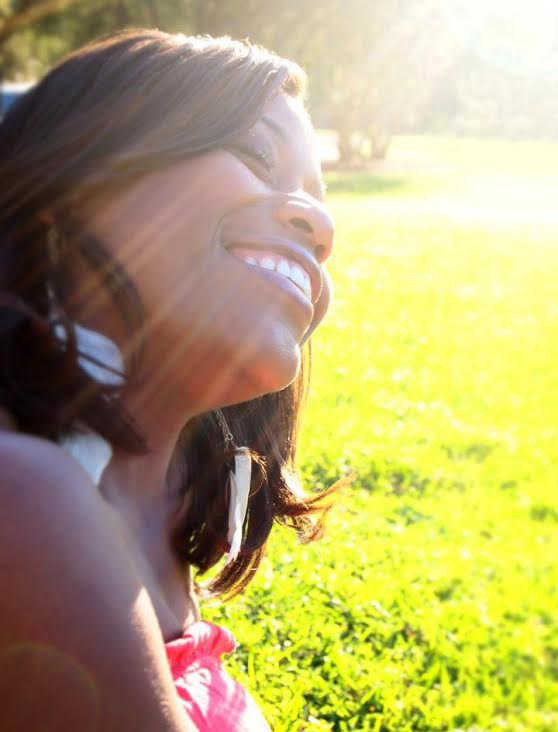 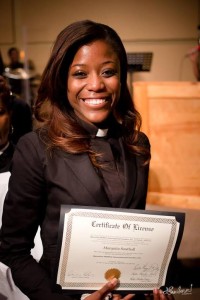 Marquita Southall was born in Mobile, Alabama, to a 19-year-old single mom, who delivered in her fifth month of pregnancy. Born at just a one pound and three ounces, Marquita stayed in the hospital for three months. The doctors weren’t certain she would live. Marquita fought for her life and survived.

When Marquita was 13, a friend’s mother took her to church. One day, at a youth service, she answered an altar call and gave her heart to Jesus Christ. Marquita remembers feeling a battle in her soul over that decision. Once the choice was made, she felt that burdens had been lifted off her. After her encounter, she got up in front of her class and told them she had given her life to God.

Years later, Marquita participated in a prayer gathering named ‘The Call Alabama.” During the Call, she heard about the pro-life movement Bound4Life. She got one of their red “Life” bands to remind her to pray daily for the ending of abortion.

In high school, one of Marquita’s classmates had an abortion at 5 months. Marquita believed that her friend’s abortion was wrong, but she didn’t know much about the issue. On 11-11-11, Marquita was captivated while watching a prayer meeting taking place in Detroit, Michigan. The “Call Detroit” prayer meeting in Ford Field was a 24-hour gathering, attended by thousands who focused on praying for the ending of abortion and for the black community.

Through these prayer gatherings, Marquita began to believe that God was speaking to her about the issue of abortion. During the Call Detroit, she was stirred in her heart while watching an African-American woman named Summer talk about her painful late-term abortion. After hearing her story, Marquita couldn’t stop thinking about the unborn. “God wouldn’t let me sleep; all I could think about was abortion,” she shared in our interview. 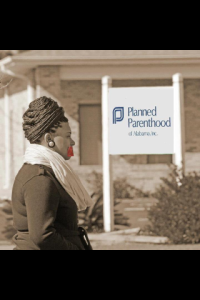 She joined Bound 4 Life and became a chapter leader. Along with that, she began doing research on the history of abortion. She discovered abortion’s link to eugenics and the devastating impact abortion has had on the black community over the years. Marquita began to stand in front of the Planned Parenthood in Mobile, Alabama and pray. She held “silent sieges,” prayer meetings in which the participants cover their mouths with red tape to identify with the unborn who are silent in the womb.

The first silent siege at her local Planned Parenthood had 12 people. Marquita remembers feeling a heavy weight, knowing what was taking place in the abortion facility. The people praying saw black crows flying around and sensed a spirit of death. Everyone involved in that first siege had the feeling that abortion had to be stopped. That Planned Parenthood is exactly across the street from a Chuck E Cheese. As her friends watched women go in to destroy their children, they heard kids crying and praying in the background. 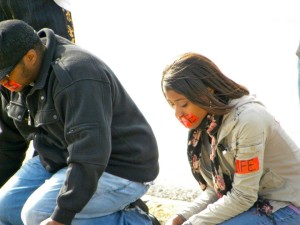 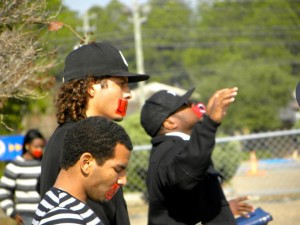 Marquita began to visit local churches, asking others to join her in praying for an end to abortion. She was opposed by some who thought her stand against abortion was wrong. “God told me to shut my ears, don’t listen to the naysayers,” she said. The rejection hurt, but Marquita refused to quit, even when the opposition caused fewer people to come pray with her at the clinic.

Marquita decided she was in the fight for the long haul. “God showed me that I was saved as a premature baby so I can be a voice. If I stop being a voice, they lose their voice, and I lose mine, because this is my purpose.” She carried on and became a licensed minister because of her work with Bound 4 Life.

She organized a dance event for the pro-life cause at the Battleship Memorial Parkway in Alabama. It was a powerful event, with artists, singers, and dancers performing to remember the lives lost through abortion. It was chosen to be at a battlefield to honor the millions of children lost in the abortion war. 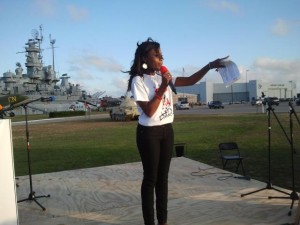 This Saturday, January 11, Marquita is organizing another prayer event at the Planned Parenthood in Mobile, Alabama. On the event’s Facebook page she shares this message:

For too long, the church has been silent on “social issues” such as abortion. God’s word clearly states that he HATES the shedding of innocent blood. As lovers of Jesus Christ, we are to hate what He hates, and love what He loves. I pray that God will awaken your heart to see the truth behind this holocaust, and lead you to pray with us until we see this atrocity end. Join us as we lay siege against abortion, and set our faces before God in prayer.

If you’re in Mobile, please join Marquita as she prays for lives to be saved. Although I can’t attend the silent siege, my heart is grateful to know that passionate young women like Marquita are taking a stand against the death decree in our nation.