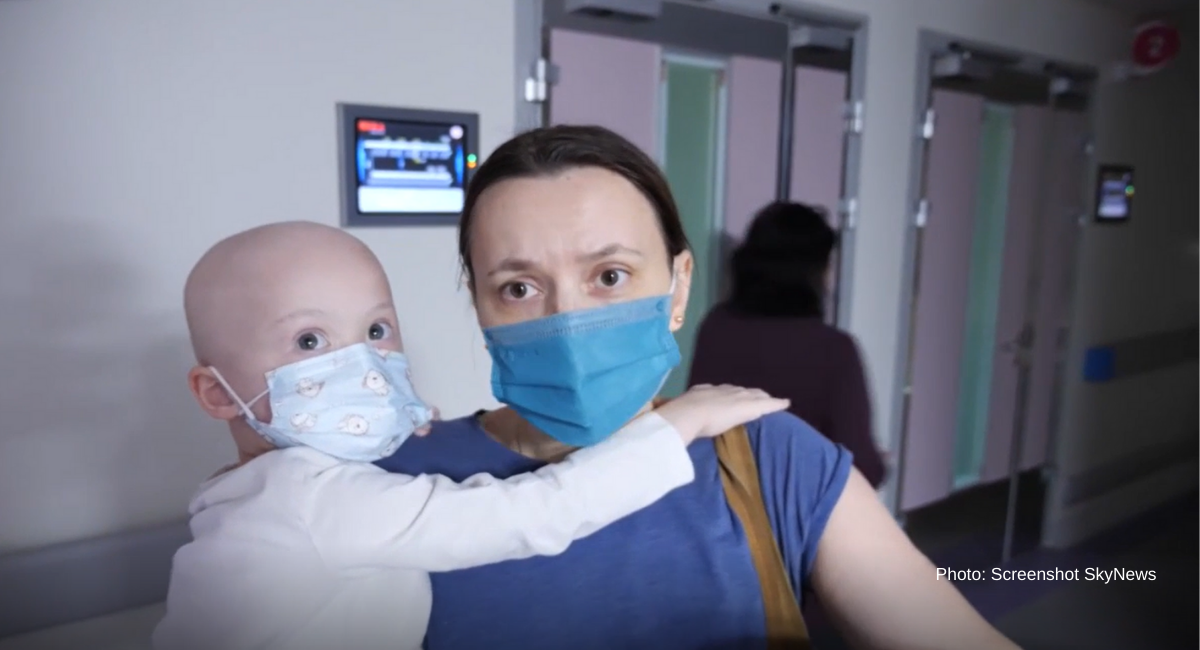 As the situation in Ukraine becomes more precarious, more people are fleeing the country in the desperate hope of reaching safety. Some of the people at highest risk, however, are unable to escape easily. Many children with disabilities or fighting illnesses are trapped in hospitals or in their homes, while others are risking their lives to get across the border.

Tatiana Pakhaliuk is the mother of four-year-old Nikita Synytsky, who has Down syndrome and leukemia. From the beginning, the invasion was especially stressful for Nikita. “We are very nervous. My son – you see the voice [sound] of teeth, he pushes his teeth,” said his mother, noting something that he began doing after the Russians began attacking, in an interview with the Mirror.

Nikita is one of many children trapped in hospitals in Ukraine, all reliant on life-saving treatment and unable to escape. Dr. Andrey Vysotskyi, head of the emergency department at Okhmadet Children’s Hospital in Kyiv, where Nikita is receiving treatment, said he’s barely been able to sleep. “[This] was the quiet place with just kids, with scheduled operations,” he told Sky News. “Now, in one moment, it changes. So, okay, this is war. We are f****d.”

“We are not sure about his condition. He is stable,” Vysotskyi said of the boy. “Surgeons took out a bullet from her finger and performed reconstructive surgery. Two days ago we have the gunfights all around the block, with the artillery fights etc., etc., but this night was a little bit calm. And the war changes the priority, so now if you can take a shower and take a coffee, it is luxury.”

Meanwhile, patients like Nikita and their families take cover in the basement and then climb back up the stairs to receive treatments when necessary. “Hands are trembling, legs are like in fitness because… 10,000 steps a day – up and down, with children with bags,” Pakhaliuk said, explaining that many of the children, like Nikita, still require blood transfusions and chemotherapy treatments, leaving the parents there to do all they can to help. “[W]e try to give our blood and change between parents and give blood for our children.”

Pakhaliuk’s other children, two girls, have fled to Poland with their father, but children like Nikita have to stay. So Pakhaliuk is staying with him. “Our children can’t live without a hospital, without medical treatment,” she said. “If we will go to another country we should cross the border with a doctor… [and] the police or someone else to cross quickly and safely. Our children can’t stop and stay in a traffic jam because it is very dangerous for their life. … I am afraid to give my children to people I don’t know but I think that is the best thing for me as a mother as my daughters should be alive… My son needs me so I will be with him.”

But, according to the Goa Spotlight, Nikita later had to flee to Poland out of necessity — they ran out of resources and their only hope was to make it to a hospital across the border. Nikita, along with 20 other children battling cancer, escaped on a bus without even the ability to take any medical supplies with them. “My son is tired,” Pakhaliuk said. “There was not [no ônibus] no medical structure: only driver and passengers. We didn’t even have antibiotics, because the organizers forgot.”

Thankfully, they were able to make it safely to the University Clinical Center in Gdansk, where the children can resume chemotherapy and other treatments. “We are still tense. On the road in Lviv it was very difficult,” Pakhaliuk said, explaining the hope now is to complete Nikita’s chemotherapy before fleeing again. “I am looking for an opportunity to go much further.”