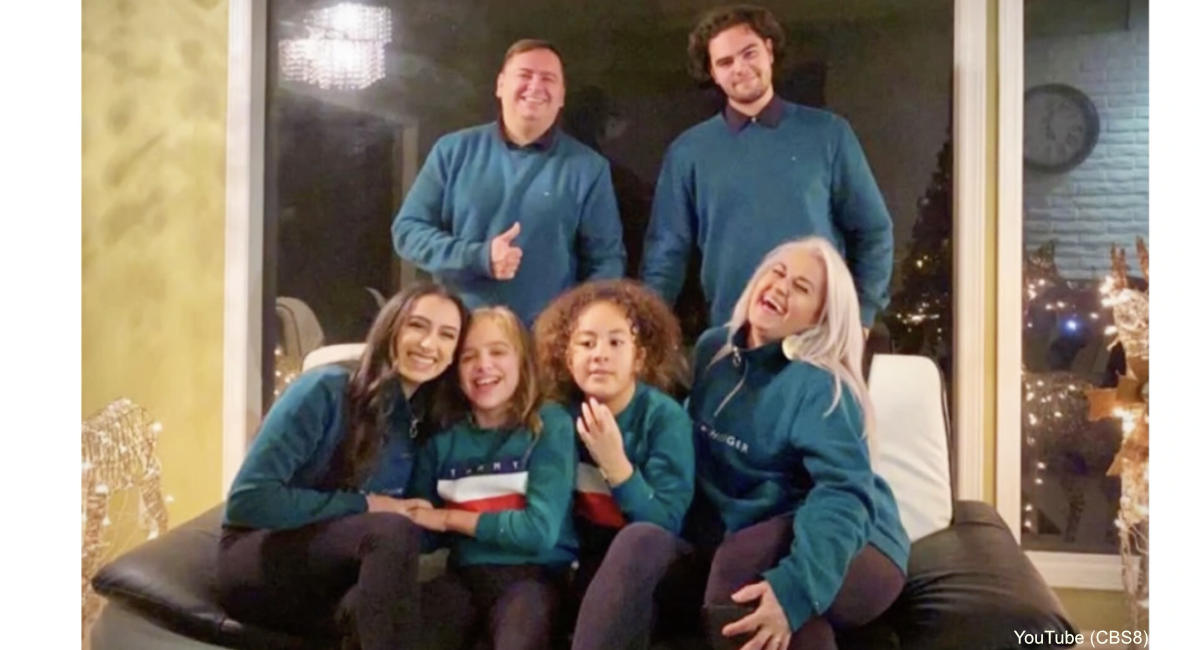 Juan and Judith Arguello always wanted five children. After having two biological children of their own, Mariano and Judith, the couple decided to work with the organization Toward Maximum Independence (TMI), which places children with disabilities with foster and forever families. Now the couple has adopted two daughters with developmental disabilities through that program, and hope to soon adopt a son.

“As soon as she came in the house, we loved her. She fit right in, it was meant to be,” Judith and Mariano told CBS8. 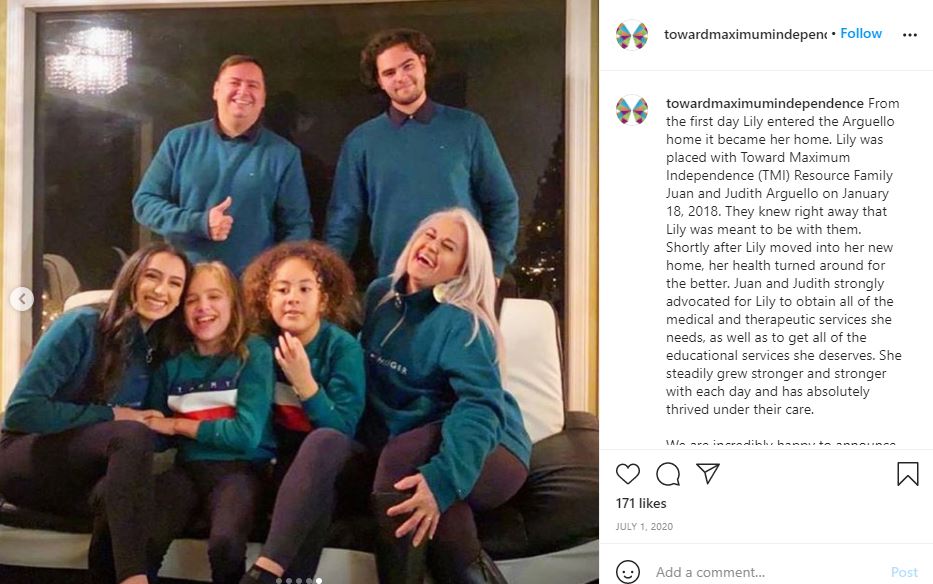 TMI said that as soon as Lily moved in with her new family, her health began to improve. Her parents act as strong advocates for her, ensuring she receives all of the medical, educational, and therapeutic services she needs. She is now walking with a walker, and spending less time in a wheelchair.

READ: Woman who grew up in foster care adopted at age 19 by caseworker

“Lily is now a very social teen who initiates interaction with others, walks long distances using her walker, and is such a happy and bubbly teenager,” said TMI social worker Sandy Gonzalez. “Seeing how far she has come and seeing her joy for life is just wonderful.”

The parents were named TMI Outstanding Resource Family for the 2018/2019 fiscal year for the outstanding love and support they have given to both Akilah and Lily. And they say they are hoping to add one more child to the family through TMI. 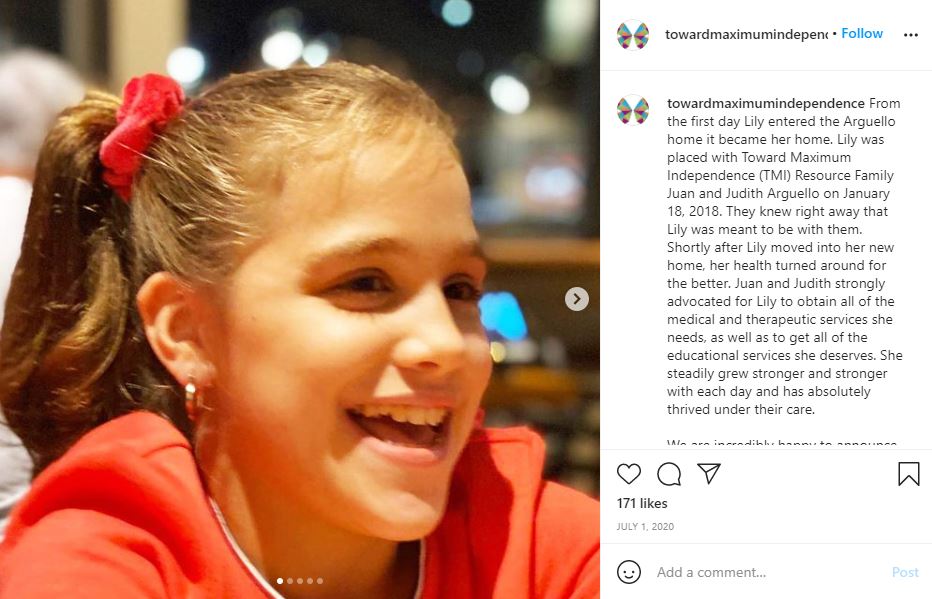 “I am still waiting for one more,” Juan said. “Because we love them. Look at them, they are angels,” he added. Judith explained that they will follow God’s call, and if He tells them to foster and adopt another child, they will do just that.

TMI works in the San Diego, Riverside, and Imperial counties in California, and seeks to locate both foster and forever families for foster youth with intellectual and developmental disabilities. According to CBS8, the organization is holding Zoom meetings for anyone interested in becoming a resource parent on June 3, 10, and 17.