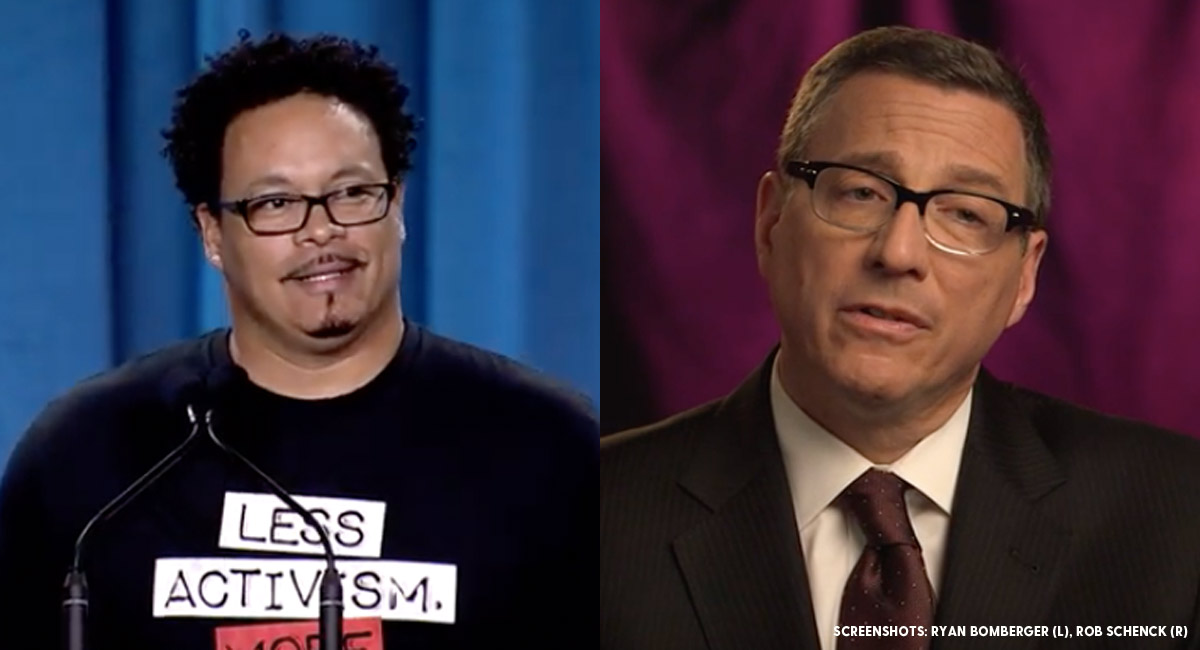 In your propaganda piece (gleefully) published in the New York Times, entitled “I Was an Anti-Abortion Crusader. Now I Support Roe v. Wade,” you say that overturning Roe “should not be anybody’s idea of victory.”

This is the most ignorant promotion of evil I’ve seen from someone who clearly knows what he’s peddling is a lie. Imagine the Op-Ed title: “I Was Once an Anti-Slavery Crusader. Now I Support Dred Scott v. Sanford.” I can’t imagine what it’s like to fight the injustice of the slaughter of innocent human lives for decades and then put a stamp of approval on that very practice. I’ve actually worked in impoverished neighborhoods ravaged by violence, poverty, crime and hopelessness. I can guarantee you the solution was, and is, never more death. 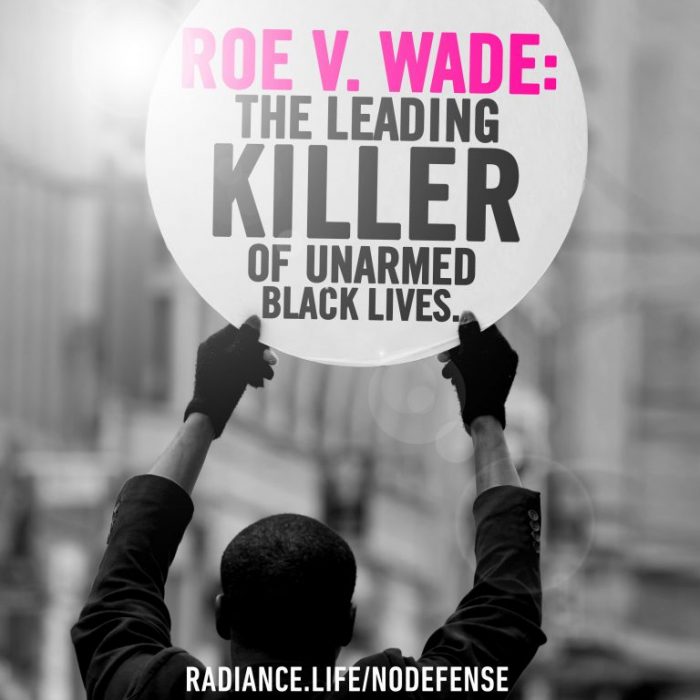 via The Radiance Foundation

Your pro-abortion rhetoric is nothing new. Why is abortion a tragedy? I noticed you put “baby killing” in quotes and never once say why abortion is a tragedy.

Child abuse is a tragedy. Several of my siblings experienced horrific abuse at the hands of their biological parents. But they weren’t better off dead. They were better off loved. This brings me to yet another pathetic omission in your pro-abortion screed.

You wrote: “I can no longer pretend that telling poor pregnant women they have just one option — give birth and try your luck raising a child, even though the odds are stacked against you — is ‘pro-life’ in any meaningful sense.” You say you worked to fight Roe v. Wade for 30 years, yet adoption never made its way into your lexicon?

I was conceived in rape yet adopted and loved. I’m an adoptive father. I was not better off dead. My children were not better off dead. Did you ever extend your family and your resources to a vulnerable child in foster care or to an expectant mother who wanted a better life for her child?

Of course you know what you say about pregnancy resource centers and the Church is a lie. Churches are the biggest funders of pregnancy centers and outreaches to the poor. You conveniently ignore the work of the Salvation Army, Operation Blessing, Samaritan’s Purse and the Catholic Church. Apparently, you’ve never visited phenomenal anti-poverty, pro-family, pro-life ministries like People for People in Philadelphia, Bartow Family Resources in Cartersville, GA, or the Jericho Partnership in Danbury, Connecticut. I’ve keynoted at events for these and many other places like them that do all the things you claim pro-lifers don’t do.

But it’s easy to pretend that hope and help don’t exist. It somehow assuages your indefensible support of the violence of abortion.

I’m sorry you think less of your “status” of being a white man. I thank God for the elected white men who fight injustice. I thank God for those “upper class white men” who abolished the “tragedy” of slavery so that I’m not on some auction block here in northern Virginia today. You conveniently ignore the women who fight for it, legislatively and culturally, because that doesn’t fit into your tragic and borrowed narrative. You know, of course, that the majority of those leading America’s pro-life organizations are women. But fighting for what’s right knows no gender or socio-economic status. 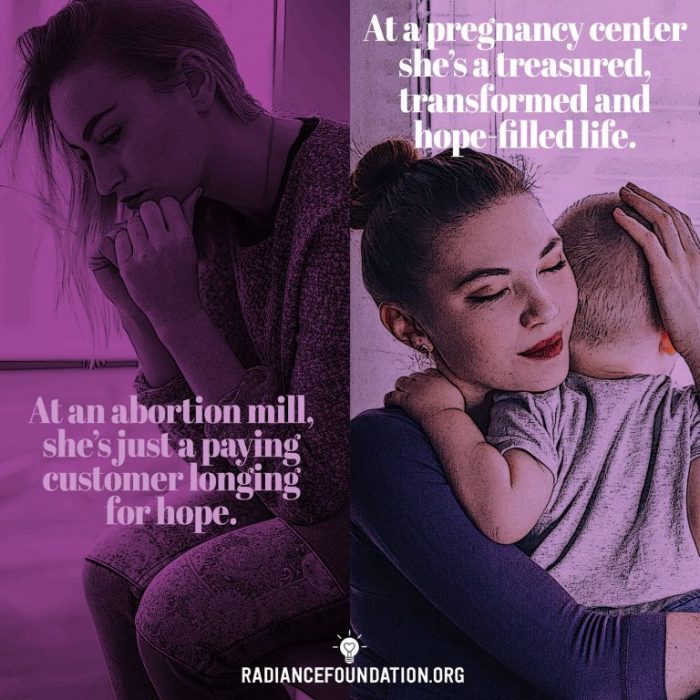 Via The Radiance Foundation

Frederick Douglass started his own newspaper, the North Star, because of fake news like the New York Times which refused to tell the truth about slavery. The motto of his liberating paper was: “Right is of no Sex—Truth is of no Color—God is the Father of us all, and we are all brethren.”

Brethren shouldn’t lie to each other or advocate for the destruction of one another.

I’m sorry you’ve decided to try to snuff out the Light and millions of lives along with it. Your Op-Ed concludes: “Passing extreme anti-abortion laws and overturning Roe will leave poor women desperate and the children they bear bereft of what they need to flourish.”

Roe never empowered women; it empowered men to have sex and run. Fatherless families create vulnerable communities which are, in turn, devastated by the consequences of father absence: higher poverty rates, higher crime rates, higher drug usage, higher abortion rates, higher school drop-outs, higher incarceration rates. And the men who want to stay, protect and provide for the life they’ve helped to co-create—can’t. Roe allows other hired men (which most abortionists are) to kill his child for any reason throughout the entire pregnancy. I noticed you never mention the hundreds of women killed by botched abortions and the millions physically, emotionally, and psychologically harmed by it. Abortion is fake health that significantly increases risk of preterm births (one of the leading causes of infant mortality), triple-negative breast cancer and negative mental health outcomes.

“There are six things the Lord hates, seven that are detestable to him: haughty eyes, a lying tongue, hands that shed innocent blood, a heart that devises wicked schemes, feet that are quick to rush into evil, a false witness who pours out lies and a person who stirs up conflict in the community.” As a minister, I’m sure you’re all too familiar with Proverbs 6:16-19.

You’ve chosen to rush into evil for the enabling of the shedding of innocent blood with an abortion industry that devises and daily carries out its wicked schemes. Your Op-Ed is a false witness that pours out fatal lies as you stir up conflict in the community for the benefit of those who profit from death.

It’s not your former allies you need to worry about. We’ll keep on doing the hard work of loving people (regardless of what decision they make) and sacrificially providing what those in crisis need to rise above. We’ll keep defending every human life made in the image of God, born and unborn. We’ll keep proving, in a Philippians 4:13 way, that we’re all stronger than our circumstances. It’s the God of Justice that you’ll have to explain your broken view of humanity to one day.

Co-Founder of The Radiance Foundation

Editor’s Note: This article was published by The Radiance Foundation and is reprinted here with permission.