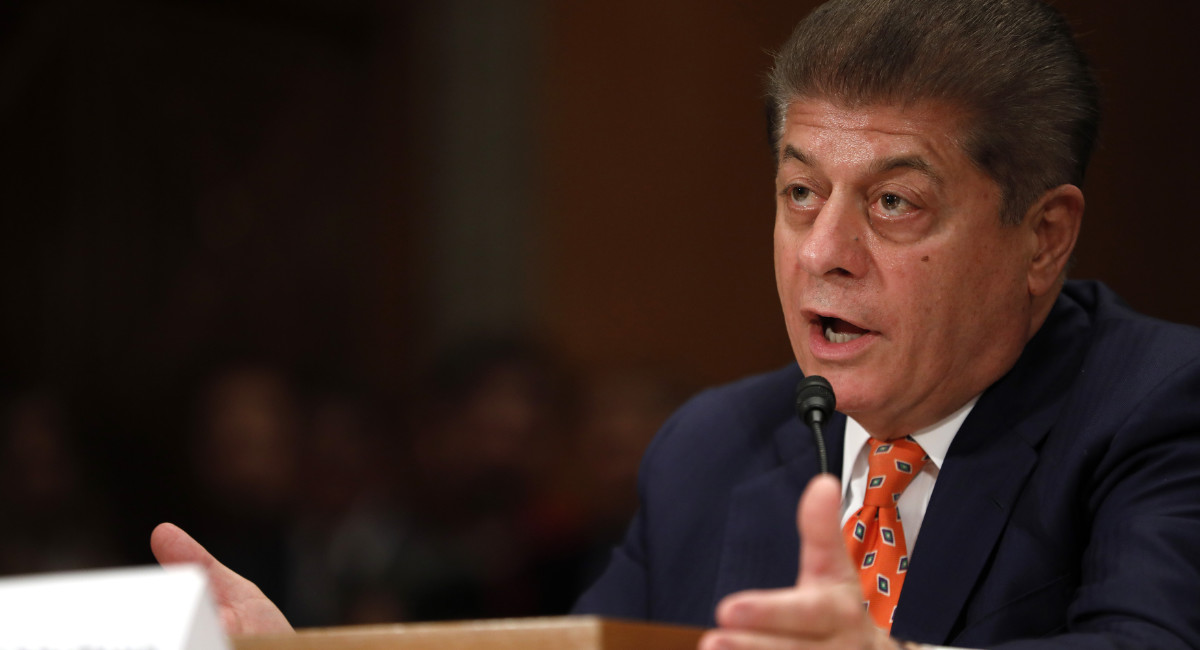 On August 16, Andrew Napolitano — a former New Jersey Superior Court judge and former Fox News contributor who is currently a syndicated columnist — took to social media to discuss the problems he sees with the Supreme Court’s decision in Dobbs v. Jackson Women’s Health Organization — and it isn’t because he believes in a constitutional ‘right’ to abortion.

In a short video, he described the problems he has with the Supreme Court’s decision — and how he believes it is no better than Roe v. Wade because it still denies an entire class of human beings their natural, God-given right to life.

Napolitano stated in his video:

Napolitano went on to explain that the right to life is a natural right that does not come from government, and cannot legitimately be determined by a majority vote:

I mean, suppose that they decide that 95-year-olds drooling in assisted living facilities are not persons. Can they do that? Well,  under Dobbs, yes! Well this is horrific, the right to live is a natural right; it comes from God, it doesn’t come from the government. The government can’t take away unless, you know, unless it’s an act of self defense.

That’s my problem with Dobbs, and all my right to life friends that are rejoicing in Dobbs — we have something that is just as bad as Roe because it allows the majority to decide who’s a person and who isn’t.

READ: Roe is overturned, but preborn humans still don’t have equal protection under the law

Just five days prior to the release of this video, Napolitano wrote in greater detail on his website in a “Judge’s Opinion” post (emphasis added), noting that the 14th Amendment was meant to protect all human beings:

Is the baby in the womb a person? This is the profound legal question that Roe sidestepped and Dobbs ignored….

On the personhood issue, Dobbs is as reckless and wrong as Roe.

… The whole purpose of the 14th Amendment was to prohibit just what Dobbs unleashed. It unleashed the states to declare, under the rubric of the democratic process, that babies in the womb are not entitled to legal protection. That is the spectacle we all observed last week in which Kansas voters decided by a 59 to 41 margin that the baby in the womb is not a person. New Jersey, which permits abortions up to the moment after birth, recently made the same decision legislatively.

The 14th Amendment was written in the aftermath of the constitutional abolition of slavery. Slavery was popularly enacted in the Southern states whose legislatures had effectively declared that Blacks were not persons, a declaration erroneously and lamentably upheld by the Supreme Court.

He then stated that “Dobbs’ unleashing popular majorities to [determine whether the preborn child is a person], in the name of the democratic process, rejects, denies and nullifies the core value of Western law — that life is a natural gift, its existence is the highest right humans have, governments exist to protect it, and the denial of that protection to a discrete group is not subject to a popular or legislative vote.”

He noted that the baby in the womb is a person because “[s]he has human parents and all the human genomic material needed to develop into a post-natal being. This is not based on medicine or philosophy or theology. It is based on reason and common sense.”

As he did in his video, Napolitano also emphasized:

My pro-life colleagues are misreading Dobbs. Roe was a monstrosity of unconstitutional origin, and pro-lifers rightly rejoice that it is gone. Yet, in its place we have the tyranny of the majority, which, as history tells us, can be worse for life, liberty and property than the tyranny of a madman.

As Live Action News previously reported, theologian and philosopher Marcel Guarnizo had a similar assessment in a Daily Wire op-ed, writing, “The Alito reasoning incorrectly affirms that a rightful authority exists that can decide which innocent babies will live or die….”

Live Action News noted in June that “In the majority opinion, the Court recognized four times that abortion takes a human life,” and yet, the Court chose to relegate the fate of those human lives to a majority decision despite the clear protection afforded to all human beings through a proper interpretation of the 14th Amendment.