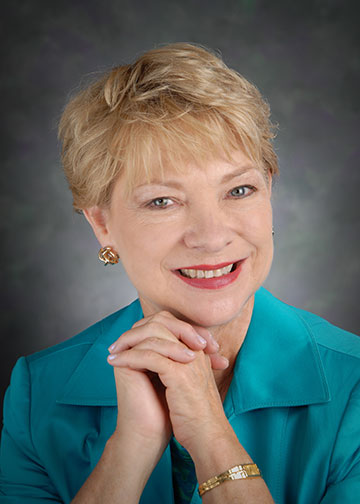 Recently the pro-abortion group NARAL Pro-Choice America launched a campaign against crisis pregnancy centers, claiming that their advertising is misleading. Pro-choice groups often say that crisis pregnancy centers lie to and mislead vulnerable women and manipulate them into choosing life. Carol Everett discusses the advertising that her clinic used to bring in patients:

How many of you have children 14 and under? How many of you have seen a number, unsolicited, that you think you could call that said, “Problem Pregnancy,” “Abortion Information,” or “Pregnant?” in your area where you think you could call for abortion information? Let’s talk about those kids when they find out that they are pregnant. They may not want an abortion; they may want information. But when they call that number that’s paid for by abortion money, what kind of information do you think they’re going to get? Let’s remember, they sell abortions. They don’t sell keeping the baby. They don’t sell giving the baby up for adoption. They don’t sell delivering that baby in any form. They only sell abortions.

Everett goes on to discuss exactly how the clinic workers would proceed when a woman called the number:

So the girl calls this number and says, I’m pregnant. How far along are you? What’s the first day of your last normal period? They’ve got their wheel there and they figure it out. This counselor is paid to be this girl’s friend. She is paid to be the authority for this girl. She is supposed to seduce her into a friendship of sorts to sell her the abortion. Every problem this girl has: I don’t want to tell my parents. You don’t have to tell your parents. They don’t have to know. You’re old enough to come in and have it without them knowing. And then the money, and they ask them to go get their money and pay the people back in a year.

Everett says that nearly every woman considering abortion had the same two questions:

Then the two questions they ask are: Does it hurt? Oh, no. Your uterus is a muscle, and they hold their hand up if they’re seeing them; if not, they tell them over the phone: It’s a cramp to open it; a cramp to close it; it’s a slight cramping sensation. Everybody’s had cramps; every woman in the world. So they think that’s no problem. I can stand that; I’ve been through it before. And then they say: Is it a baby? No, it’s a product of conception; it’s a blood clot; it’s a piece of tissue. They don’t even really tell them it’s a fetus, because, you see, that almost humanizes it too much. It’s never a baby. They can’t admit it themselves when they go in the back and have little 6-week fetuses, babies, that they put down disposals, and that’s how we did it in our clinic. The clinics in Dallas use disposals so none of those crazy Pro-Lifers will come and get them out of the trash anymore and bury them the way they did. So, they lie to her. You know, if you look at abortion from the face, I cannot tell you one thing that happens in an abortion clinic that is not a lie. They tell the counselors, and I told the counselors, not to rock the boat; not to answer any questions that they didn’t ask. Get them in here; the faster you can get them in here, the easier it is on them. You concentrate on the woman; you tell them to help her, and you don’t deal with the baby at all.

Filling out the form

After the woman paid for her abortion (up front – cash or credit card, no checks) the clinic workers gave her a form to sign that detailed abortion’s risks. The purpose of the form was twofold – one, to absolve the clinic of liability for any complications or injuries the woman suffers, and two, to confuse and intimidate her so that she doesn’t ask questions.

Then the girl goes into this room for counseling and they give her a 6 to 12-page form. This form is written by an abortion attorney. Ours was written by one out of New York, and it was written to confuse the girl to death. It had every possible complication of an abortion you could imagine, and it would take [a doctor] two hours with a medical dictionary to go through it. Words two inches long that no one could possibly understand, and it does its job. It confuses her and she doesn’t ask any questions.

Carol Everett has spoken out against abortion for many years. Her testimony is deeply disturbing, but it shines a light on some very dark secrets of the abortion industry. Remember her testimony the next time you hear NARAL talk about those “deceptive” and “biased” crisis pregnancy centers.