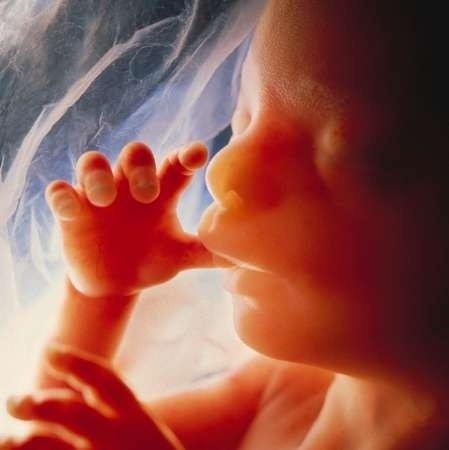 Henry started off working at a clinic that did not perform abortions, but did give referrals to abortion providers. In her own words:

After a while, I wanted to get out of the clinic because they just weren’t paying enough money. A doctor offered me a position in his own private practice in Livonia, so I took the position. He explained to me that they did the abortions, but again, I didn’t think too much of it. At that time, I was pro-choice, or pro-abortion as now I would say it, and I didn’t really think much about what abortion was. I used to think of abortion as eliminating a problem, instead of killing a baby.

In retrospect, Henry feels that many of the reasons women gave for having their abortions were “unreal.” She refers to herself as being “brainwashed”:

The reasons that women had for having an abortion were totally unreal. I can see this now; but at that time, the brainwashing helped me to understand why they had to have these abortions. We were told as medical assistants that we were there to help the women, no matter what the reasons were.

In her testimony, Henry revealed that one woman came in for 9 abortions.

Under the pretext of “counseling,” the clinic workers would pressure ambivalent women to have abortions:

Many women could not afford to have babies, so we would use examples–like the price of babies’ shoes, the price of clothing, how much it cost to raise a baby. If they weren’t finished with their education, the hindrance it would have on their education, how they would have to find a baby sitter, who was going to take care of that baby for them? We would find their weaknesses and work on them.

After the basic questions, they were told briefly about what was to happen to them after the procedure. All they were told about the procedure itself was that they would experience slight cramping similar to menstrual cramps, and that was it. They were not told about the development of the baby. They were not told about the pain that the baby would be experiencing or the physical effects or the emotional effects that it would have on them. They had no idea who was going to be there to help them when they fell apart afterwards. They were taken into the room then, and, as I said, there was no counseling done. These women basically had no idea what they were getting themselves into. They were just told to lay on the table; they were undressed.

Henry’s clinic performed both first trimester suction curettage abortions, where the baby is torn apart via suction machine, and 2nd trimester D&E’s, where the baby is dismembered with forceps. You can see diagrams of suction abortions and D&E abortions  at the Priests for Life website. You can also see the remains of unborn babies aborted by suction at 9 weeks  and the remains of D&E abortions done at 20 weeks (warning: these are very graphic pictures).

The counselors referred to unborn babies as “clusters of cells” or the old abortion clinic standby, “products of conception”:

Some of the women were a little apprehensive about it. We were told that in explaining to them that we could never use the word “babies.” It was always tissues, tissues of cells or clusters of cells or products of conception

Henry goes on to say:

The women were never given any type of alternatives to the abortion. It was just automatically assumed that they knew what they wanted. They were never told about adoption agencies. They were never told about people out there who were willing to help them–to give them homes to live in, to provide them with care and even financial support. The euphemisms that are used — clusters of cells, products of conception, or just plain tissue — are all lies.

I have been there, and I have seen these totally formed babies as early as 10 weeks, a couple of inches long with a leg missing, or with their head off. These are things that I have to live with now. I know the Lord has forgiven me, but I can never erase those things from my mind. The sounds of those bones breaking, The sight of those babies.

Henry reveals that many of the women cried after their abortions. She describes what the abortionist’s wife said to them by way of “comfort.”

One of the famous lines that the doctor’s wife used to use after the procedure, when she would come in and the women were crying–she would pat them on their shoulder and say: “It’s okay, honey, everybody makes mistakes–that’s why pencils have erasers.” How can you erase that thought from your mind? Where is she going to be when that woman is threatening suicide because she realizes that she killed her child, and there is no bringing that baby back. Where is she going to be then? She is off, counting her money and buying new cars, or whatever. She doesn’t care.”