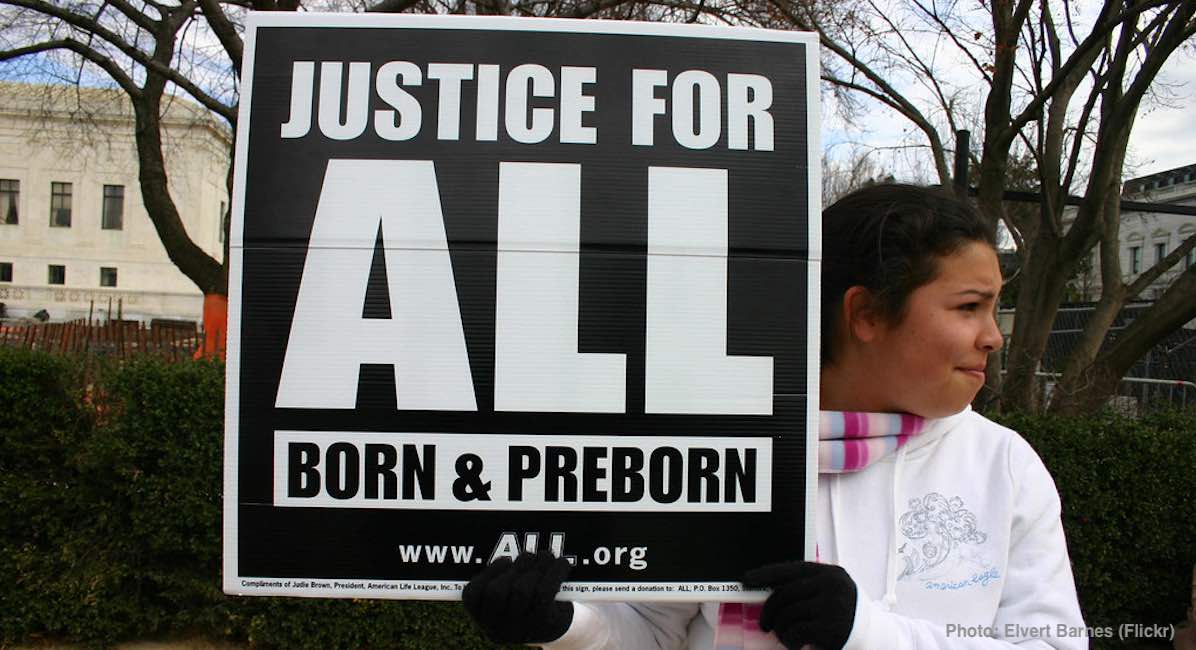 Florida Senator Lauren Book has called for a state Constitutional amendment about abortion votes. Namely, she wants to block all abortion votes unless half of those voting are women.

Book claimed her joint resolution, SJR 60, has been introduced in response to the advance of pro-life legislation in many states around the country this year. “Seeing what state legislatures across the country have done, I believe it is time to stand up and fight to ensure women have access to comprehensive health care and family planning,” Block said, according to USA Today.

Women in the Florida House comprise approximately 30 percent of the chamber (36 out of 120 members), which is similar to the proportion of women in the state Senate (12 out of 40). Given the fact that men make up the overwhelming majority in both chambers, Book’s legislation is designed to make any pro-life law more difficult to pass — in theory. However, Book inexplicably discounts the fact that there are pro-life women in the House and Senate. Women are not a monolith when it comes to abortion — most Republican women are against it, and most Democratic women support it.

Another thing Book seems to overlook is the fact that women vote, just as men do, for their elected senators and representatives, and they likely do so knowing those candidates’ positions on issues like abortion. Therefore, women frequently help to elect male politicians who share their political views to represent them in government. This makes Book’s effort appear even more short-sighted.

Planned Parenthood often puts forth Book’s same talking point in an effort to make abortion solely about women, an attempt to lock anyone else out of the discussion. “We see overwhelmingly men file legislation that would impact women’s’ health,” said Kimberly Scott of Planned Parenthood according to WJHG, talking about pro-life legislation introduced around the country this year.

Agricultural Commissioner Nikki Fried backed up the senator on Twitter. “Women will lead and win the fight to make our own decisions. Women’s rights are human rights,” she said in a tweet. “💪🏻💪🏼💪🏽💪🏾💪🏿 No votes about us without us!” replied Book, tagging Planned Parenthood Twitter accounts.

The notion that only women can make decisions about abortion, or that abortion is solely or primarily about women, is wrong on a number of levels. Most notably, the premise of Book’s resolution falls prey to a logical fallacy — the “genetic fallacy” — which happens when someone judges the merits of an argument based on who or where it came from, rather than the merits of the argument itself, an argument addressed in this Created Equal video:

This fallacy is evident in the rallying cry “no votes about us without us,” which ignores the reality of what abortion actually involves. Abortion is a violent act that involves not one person, but two: a mother and a baby, and it is the baby’s life that’s being taken, without the child being given a “vote,” so to speak. The pro-abortion rallying cry that abortion has to be legal in order to be safe ignores the reality that abortion is never safe for a child. Abortion is violence and human injustice against vulnerable and defenseless human beings:

“How can you kill someone safely?” says Austin in the Created Equal video. And the reality is that women, too, not only often suffer directly from the violence of abortion, but also the cultural incentives it creates. At the end of this video is a partial list of women who have lost their lives to legal abortion, and who will never again get to have a voice in the discussion about abortion. What might they say if they could go back and make a different choice?

Block’s measure comes as pro-life state legislators continue to push for legislation in Florida. In May, Florida Rep. Mike Hill (R-Pensacola), who introduced the pro-life heartbeat bill HB 235 that failed to reach a floor vote this year, told a meeting of Women for Responsible Legislation that he plans to introduce a bill next year that more closely resembles the landmark Alabama Human Life Protection Act, according to USA Today. Hill’s bill was one of more than a dozen introduced in Florida this year.