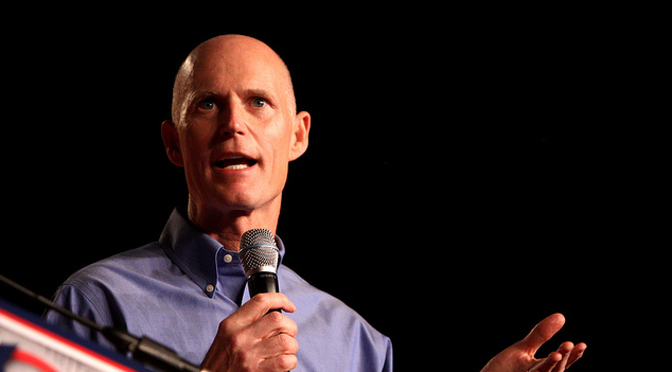 As Live Action News has previously covered, following the release of the Center for Medical Progress’s undercover videos Florida investigated three Planned Parenthood facilities in the state and found they were illegally performing second-trimester abortions without the proper licensing to do so. Scott cites that as “aggressive, immediate action,” but FFPC president John Stemberger says he must do more “to lead on something other than just jobs.”

The group argues the governor has the “clear legal authority” to terminate Florida’s Medicaid contract with Planned Parenthood and terminate Title X subcontracts with Broward and Collier County (as Louisiana Republican Governor and presidential candidate Bobby Jindal has done).

But Scott’s administration has expressed reluctance to take that additional step, suggesting the funding “is guided through the federal Medicaid formula in compliance with federal law.”

Stemberger does not accept that explanation: “Health care contracts are canceled all the time by the governor for unqualified providers that engage in problems. Because this is Planned Parenthood, they’re getting special treatment because they provide abortion services.”