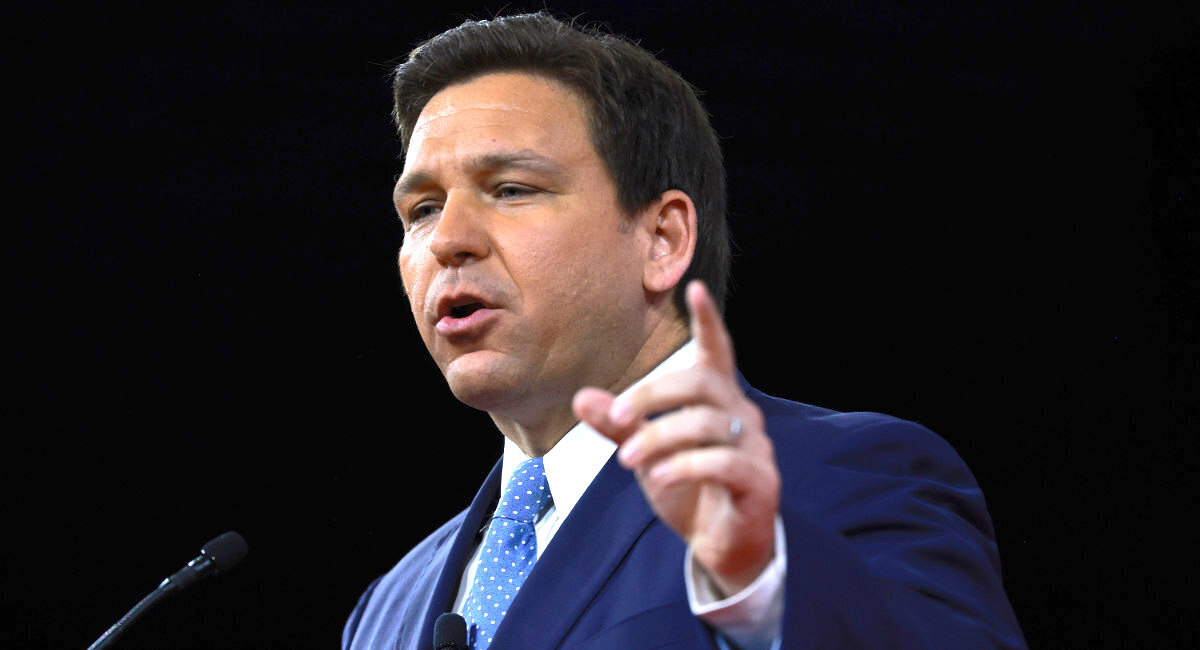 Florida Governor Ron DeSantis signed a 15-week abortion restriction into law on Thursday while at a church in Kissimmee. HB 5, or “Reducing Fetal and Infant Mortality,” prohibits abortion on undelivered children who are older than 15 weeks gestation, with two exceptions.

At 15 weeks gestation (13 weeks post-fertilization), a preborn child can make complex facial expressions with her nose and lips completely formed. She will bend her hips and knees if the sole of her foot is touched. She stretches, signs and opens her mouth. Her teeth are growing. Her heart has been beating since about 21 days after fertilization and her brain activity began at about eight weeks gestation.

“This is a time where these babies have beating hearts, they can move, they can taste, they can see, they can feel pain, they can suck their thumbs, and they have brain waves,” DeSantis said. “This will represent the most significant protections for life that have been enacted in this state for a generation.”

The law does not restrict abortions prior to 15 weeks, and will allow abortions after 15 weeks if two doctors certify in writing that abortion is necessary due to a “serious risk” to the mother’s physical health or in an emergency. But, abortion is never medically necessary, especially in an emergency when it could actually be detrimental due to time. An emergency C-section takes less than an hour to carry out compared to a D&E abortion (the most common at 15 weeks) or an induction abortion, which take 24 hours to three days to complete. Preterm delivery with the goal of saving both mother and child is not an abortion, even if the child is too young to survive outside the womb.

In addition, the law will allow eugenic abortions on undelivered babies after 15 weeks if they receive a “fatal fetal abnormality” diagnosis. Abortion is not a treatment for a disability or health condition, and research shows that women who choose to abort due to a diagnosis for a preborn child have worse mental health outcomes than those who carry to term.

Florida Gov. Ron DeSantis signed a 15-week abortion ban into law Thursday as the state joined a growing conservative push to restrict access to the procedure ahead of a U.S. Supreme Court decision that could roll back abortion rights in America. https://t.co/9qp9bA1uaU pic.twitter.com/GdAnB6Mvpx

While any abortion restriction is a pro-life win, Florida legislators had the opportunity to introduce a bill similar to the Texas Heartbeat Act that would have restricted abortion upon detectable heartbeat and saved thousands of more lives. In fact, the legislators behind the bill admitted that by restricting abortion to 15 weeks, they were “not banning anything” and “not taking away a woman’s opportunity.” DeSantis himself called the bill “very reasonable” and “generous.”

A similar Mississippi is at the heart of the Supreme Court case Dobbs v. Jackson Women’s Health. The Mississippi Gestational Age Act also restricts abortion at 15 weeks and the court is expected to release its decision on that law in June, which will impact if Florida’s 15-week restriction will remain in place.