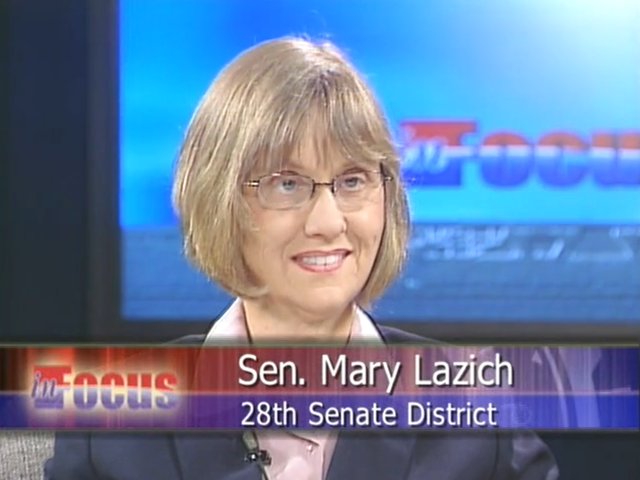 Evil is evil. Treat it as such. 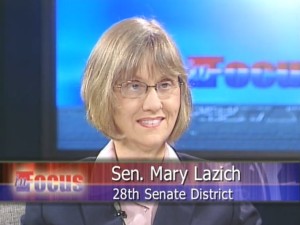 There’s a jarring cognitive dissonance to America’s abortion debates. Despite its shocking evil, unmatched by any other contemporary political issue, pro-life elected officials tend to speak in overly diplomatic and sometimes even timid terms about the practice, sounding more like they’re debating where to put a new road than state-sanctioned baby execution.

Shamefully, this is largely due to the culture that political careers foster – when that evil happens to be a core value of the party to which half of the people you pass in the hall and have lunch with every day belong, moral candor often takes a backseat to comfort and etiquette.

But sometimes the stench is too much for false pleasantries to handle. On Wednesday, the Wisconsin State Senate played host to one of the most refreshingly honest performances from an elected official in recent memory, as Republican Sen. Mary Lazich simply could not abide the malicious hyperbole of Democrat Sen. Kathleen Vinehout. (Video of both lawmakers’ remarks can be found here.)

The debate centered around SB 206, Sonya’s Law, which requires abortionists to provide women with ultrasounds and basic medical information about their babies’ humanity and heartbeat. It does not force women to view the images; contains exemptions for rape, incest, and medical emergencies; and does not require that the ultrasound be administered trans-vaginally.

After a shouting match erupted over Democrat efforts to delay the vote (which Majority Leader Scott Fitzgerald explains here), the Senate passed the bill on a party-line vote. It was then passed by the Assembly alongside other pro-life measures on taxpayer abortion funding and sex-selection abortions, and it will soon be signed into law by Gov. Scott Walker.

In response to granting innocent, defenseless babies this modest, non-binding consideration (seriously, we can spend millions on appeals for convicted murderers on death row, but babies can’t even get a picture on their own green mile?), Vinehout angrily and tearfully deployed the usual emotional blackmail.

Speaking on behalf of constituents whose messages she was relaying, Vinehout claimed that rape victims would suffer under the law since only 16% of rapes are reported, sneered about alleged hypocrisy – “small government is in direct conflict with big government Republicans sticking their nose my vagina” – recounted her own rape at age 15, wondered why we’d defund Planned Parenthood “if we truly want to make abortion rare” (hint: why shouldn’t we put cigarette companies in charge of anti-smoking campaigns?), and asked, “How can we get the conservatives — mostly men — to quit blaming women, many times girls, solely for unwanted pregnancies?”

This is typically the part where the Republican stumbles over himself to clarify how much he respects the perspective of his good friend from blah blah blah. Not Mary Lazich. Reminding her peers about the bill’s rape exception and promising that “you’re probably going to see a lot more laws from me because these clinics pull this crap: ‘It’s a blob of tissue. It’s the best thing you could do. You’re too young,’” she made perfectly clear that she would not be intimidated for doing the right thing, her tone intensifying as she went on:

We had a lady testify, her name was Carol, she testified that a number of years ago she went to a clinic, found out she was pregnant. I believe her location was Kenosha. The testimony’s out there. We can track that down. She was told to go to Milwaukee and get her abortion. She described the very cold, cold procedure and what happened, and the cold environment. She went to this cold environment. Someone was sitting there passing around Valium. She goes in. She’s crying through the procedure. She told her, don’t worry, it’s a blob of tissue, you’re doing the right thing, get it over with quick.

She goes home and lives with this day after day after day after day. The rest of her life she lives with this trauma. And it’s time for that to end. It’s time for women to know the facts. It’s time for them to know what they’re carrying in their womb and what they’re doing. They get those full facts, they make that decision, it’s legal, they do it, they terminate their pregnancy. If you have a loved one that’s thinking about terminating their pregnancy, for crying out loud, you want them to have full information. You want them to have an ultrasound. You want them to know what’s going on in that womb and what they’re doing and that they’re not going to be able to change that for the rest of their life. They make that decision; it’s over. It’s over in a few minutes and then later on they can live with the fact that they terminated their pregnancy and it was the best thing for them; or they killed their child and they made a horrific decision and they regret it and they wish they never would have done it. And for those that want that information and wish that they never would have done it, that’s what Sonia’s law is about.

Bravo, Senator. Vinehout’s tirade was demagoguery of the worst order. She knows what abortion is, knows what Planned Parenthood’s really about, and knows that conservatives don’t “blame women solely for unwanted pregnancies.” And though it’s vile enough to exploit rape in the interest of victimizing somebody else, for her to do so knowing that the bill exempts rape victims is doubly despicable.

Yes, Senator Vinehout, I’m sorry you were raped. I’m sorry for anyone who gets raped. But it’s not a license to defame, murder, or pretend you don’t know better.

Senator Lazich’s response should be a model for all pro-life politicians. You’re talking about murdering our young, not budgetary minutiae. It’s not humane, not compassionate, and not deserving of respect. Show a little righteous indignation about the fact that anyone given the honor of walking government’s halls would dare stain them by advocating such barbarism. Raise uncomfortable implications about the character it takes to shill for abortion. Give voters a reason to notice that something’s going on that’s worth getting worked up about. And for God’s sake, start worrying more about the poisoning and dismemberment that goes on every day than avoiding awkward stares at cocktail hour.

In short, evil is evil. Treat it as such.